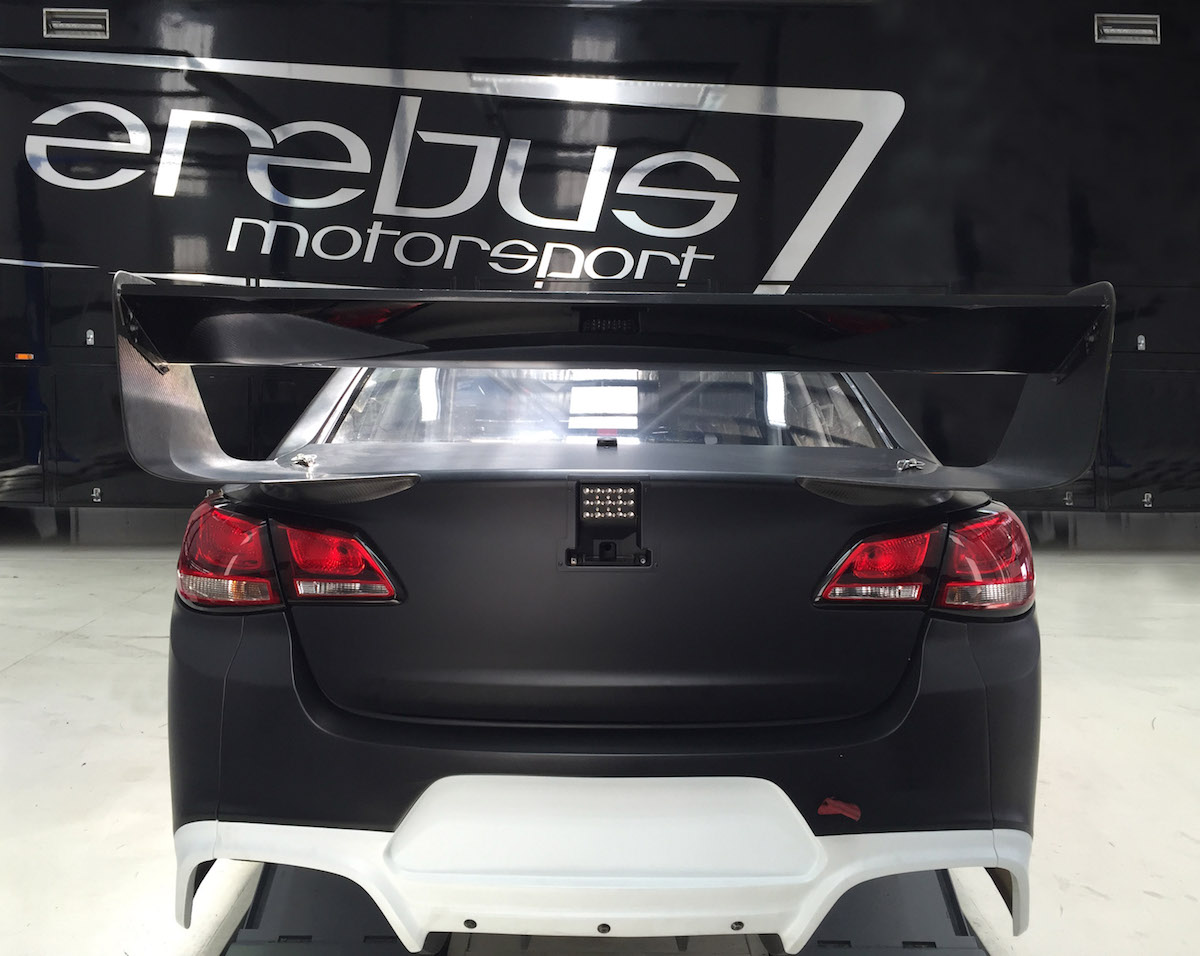 Erebus Motorsport has taken delivery of two Holden V8 Supercars as it faces its first season running Commodores in the championship.

“The chassis turned up from Walkinshaws basically prepped to run at the test day, so we’re just doing our own set down, making sure we know how it was set up when it came from them, so we’ve got a good baseline to start from,” Ryan told v8supercars.com.au.

“They have been really helpful and we’re looking forward to getting on the track. We already have some of our own systems in place that we’re ready to work on with it.

“Hopefully that’ll move forward – at least at a similar pace to HRT to start with, because it’s their car. We’ll just work from there, basically developing around what Dave wants out of the car.”

Both Ryan and Klimenko have been clear the team will keep its Erebus identity, with the relationship with Walkinshaw Racing to be “as close as we need”.

“There’s no significant engineering agreement or anything, it’s more just buying the car and they will supply some of the spares and carry them in their truck for us like Triple Eight do with a lot of their customers … we want to continue to develop Erebus, not just be the same as everyone else.”

It is believed Erebus has received the chassis Tim Slade finished last season in, and the chassis Garth Tander ran in 2013 and ’14, before it was replaced by the car that was crashed at Bathurst.

Along with the two race ready Commodores, Erebus has new chassis in the wings if a spare is required.

“We’ve got new chassis here that are basically at a point where they’re ready to decide whether they’re going to be a Holden, Ford, Volvo, Mercedes or Nissan,” Ryan explained.

“We’ve got a plan in place for building our own chassis and we can decide at any point whether we put some already developed Erebus parts on the chassis, or whether we continue buying Walkinshaw parts or make our own parts.

“There’s multiple ways of doing it but … the key is going to be how Dave wants the car to feel and whether we’re close straight out the gate or we’re not. From there it’s really a hard thing to pick what we need.”

Reynolds will work closely with the team’s technical guru Campbell Little – who, at this stage, will engineer the #9 Penrite car this season.

“The base package from Walkinshaw is ok – we can get some solid results and build from there,” Ryan said.

“We really don’t want to reinvent the wheel, we want to tick some boxes early, get some good results and just develop from there.”

The key for the upcoming first test on February 22 – where both Reynolds and Russell will sample the new gen Commodores – is making sure the drivers are comfortable.

“We’ll make sure they feel at home in the car and by the end of the day nothing feels strange. The quicker we get to that point the quicker we’ll have them both fast.

“Based on the way we saw Dave adapt to the GT car over the last two weeks [around the Bathurst 12 Hour] – he’s good at adapting to a new situation pretty quickly, so I don’t think it’s going to be too much of a problem for Dave.”

Klimenko was pleased to sign Reynolds, who she has known within racing circles for some time. While she expressed sadness at saying goodbye to the Benzes, she believes – while not a factory team – there’s more support and dialogue with Holden.

Ryan explained that from a technical point of view, sticking to the program would’ve been “a long journey for not much gain”.

“The engine in the Mercedes wasn’t bad, it wasn’t a long way off – but the next step to develop the engine was going to be very, very expensive,” he said.

“The engine package through Walkinshaws is basically developed. It hasn’t got anything to go, really – it’s at the top of the cap. It was the perfect situation to tick that box financially and performance wise, so that was an easy answer.”

The team also would have faced the prospect of a body change for the 2017 season with a new E-Class Mercedes on sale this year.

“They’ve embraced us, essentially. They’re looking forward to seeing what we can do in the future. It’s not, ‘you’re just another Holden team’, they’re embracing us and working with us, so it’s really good.”