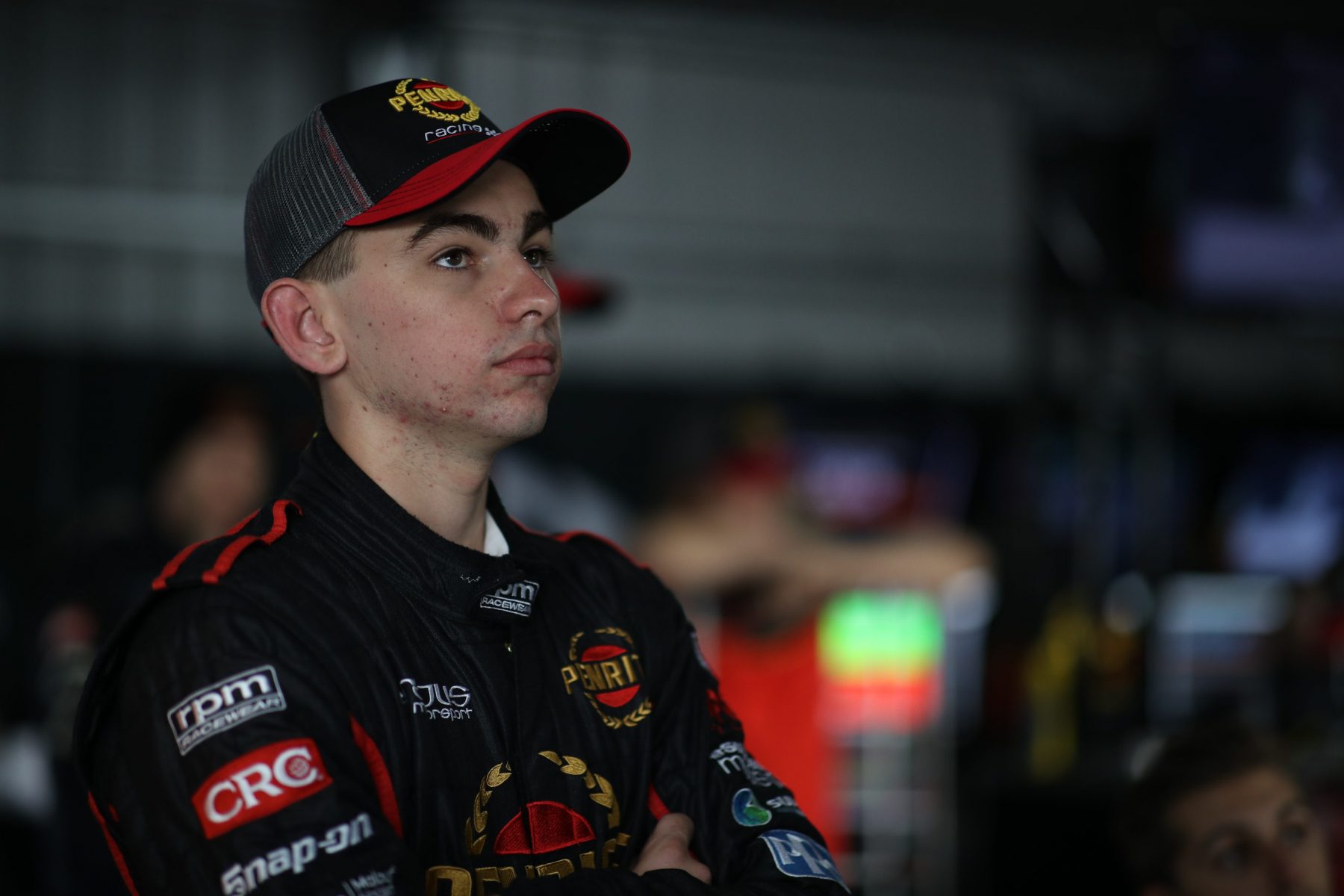 The Kumho Super3 Series frontrunner was given laps in Anton De Pasquale’s car, as Penrite Racing opted to blood young talent, rather than run its PIRTEK Enduro Cup co-drivers.

Feeney drives for Paul Morris Motorsport in Super3 and is being mentored by De Pasquale, who also graduated through Morris’ team.

Moving from karts to the Toyota 86 Racing Series last year before making the step to Super3, Feeney enjoyed his first taste of the main game, despite tricky conditions.

“It was unbelievable, I couldn’t believe it, it was so good to get out there,” he said of the experience, which was limited to five laps due to the rain.

“A bit of a shame the rain came, but I’m just massively thankful to Erebus Penrite Racing for giving me the opportunity.

“I had so much fun out there and just really want to go again.”

“This is my second year in cars, it’s great how quick it’s gone,” he added.

“I just want to keep going further, so I’m so stoked to get a go today.”

Penrite Racing boss Barry Ryan said he was pleased to give Feeney and Dunlop Super2 driver Jordan Boys laps, having elected against running Luke Youlden and Will Brown.

“It’s about giving some young blokes a go. We’ve proved we’re happy to do that in the past,” said Ryan.

“Luke and Will are pretty much ready to go to Bathurst, they’re really confident and we’re confident in them, so it’s a good opportunity to give some more young talent a go.

“It’s good to expose guys like Broc and Jordan and just give them the opportunity in the limelight and see how they handle it.”