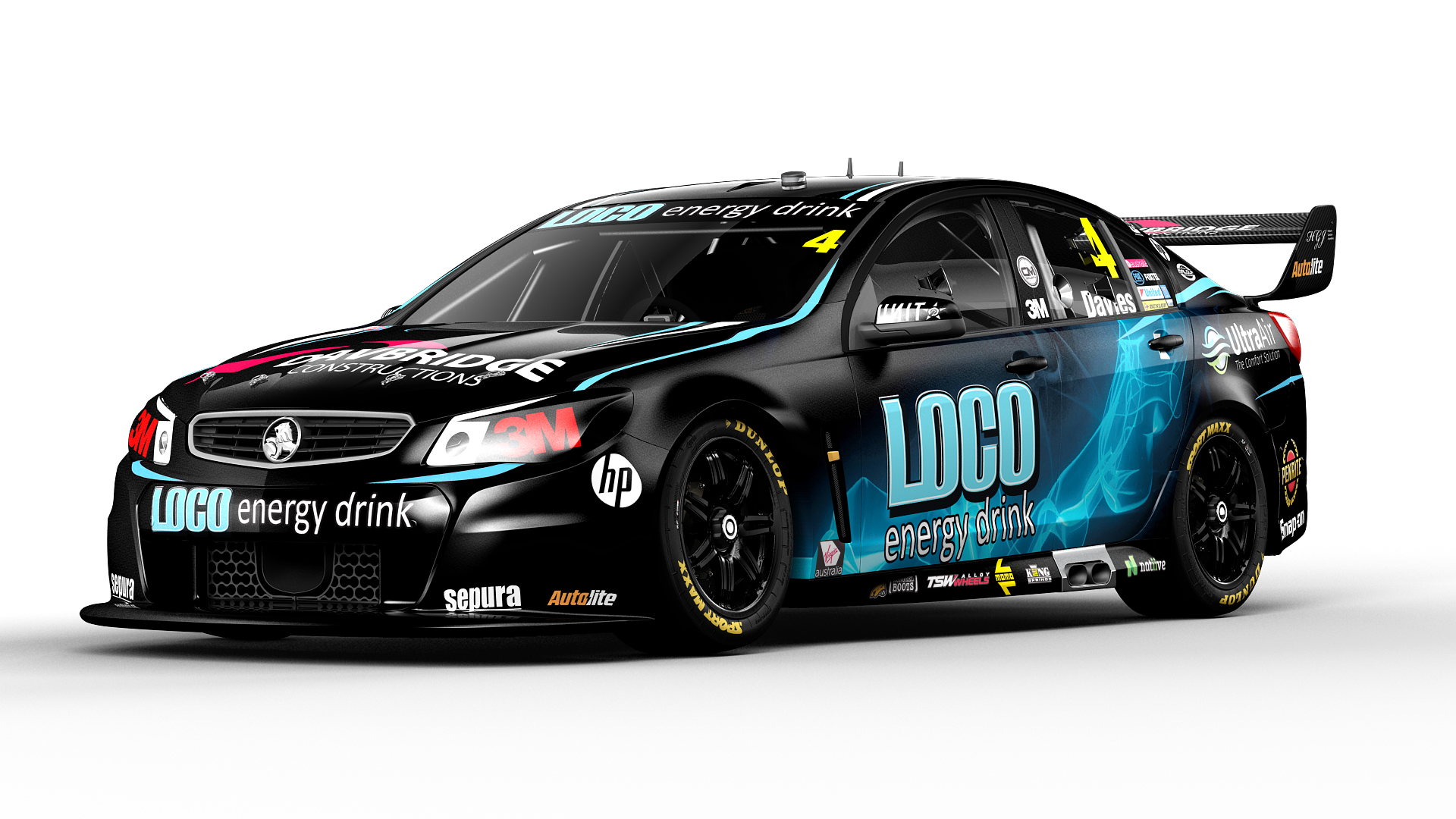 Erebus Motorsport has gone LOCO, announcing the energy drink giant as a major partner for the final two rounds of this year’s Supercars Championship.

LOCO Energy Drink was seen on the team’s cars at the Gold Coast and is back with a tough new look for the team’s #4 Holden this weekend.

Shae Davies will run in the black hues featured above, while the brand will still feature on car of David Reynolds.

“Being a part of the Erebus Motorsport family has already exceeded our expectations with the national and international exposure of our brand,” LOCO Managing Director Cameron Martin said.

“LOCO Energy Drink and Erebus Motorsport are a great fit and we look forward to building on our relationship.

“There is nothing like sharing the feeling of a race alongside the Erebus Motorsport family; it is both our brands out there racing so we share the same drive to succeed.”

Shae Davies is also looking forward to hitting the track in his newly painted Commodore.

“We welcome LOCO back this weekend; they were on board in a small way at the Gold Coast, and they’ve ramped up their support for New Zealand and Sydney, which is fantastic,” Davies said.

“It shows a lot of faith in the team and myself, and we are really looking forward to the next two rounds.”

Despite missing the last race at the Gold Coast after an accident in qualifying on Sunday, Davies believes he and the team have made ground work since he started in August.

“We have all the right ingredients,” he said.

“We have a lot of positives to pull out of the weekend, we had a lot of speed compared to earlier rounds and we are continually building on our package.

“The team have worked really hard to turn the car around and we are even stronger heading into Pukekohe this weekend.”

The ITM Auckland SuperSprint kicks off Friday, with cars on track at 10:25am local time.