What happens when you put three Australian motorsport icons in one place? You get Daniel Ricciardo, Jamie Whincup and a race-spec Holden Sandman firing around a race track.

The duo got behind the wheel of the one-off, race spec Triple Eight Sandman which features state-of-the-art technology yet to be seen in V8 Supercars, including a six speed electro-hydraulic paddle shift gearbox and Formula 1 inspired fly-by-wire throttle control. 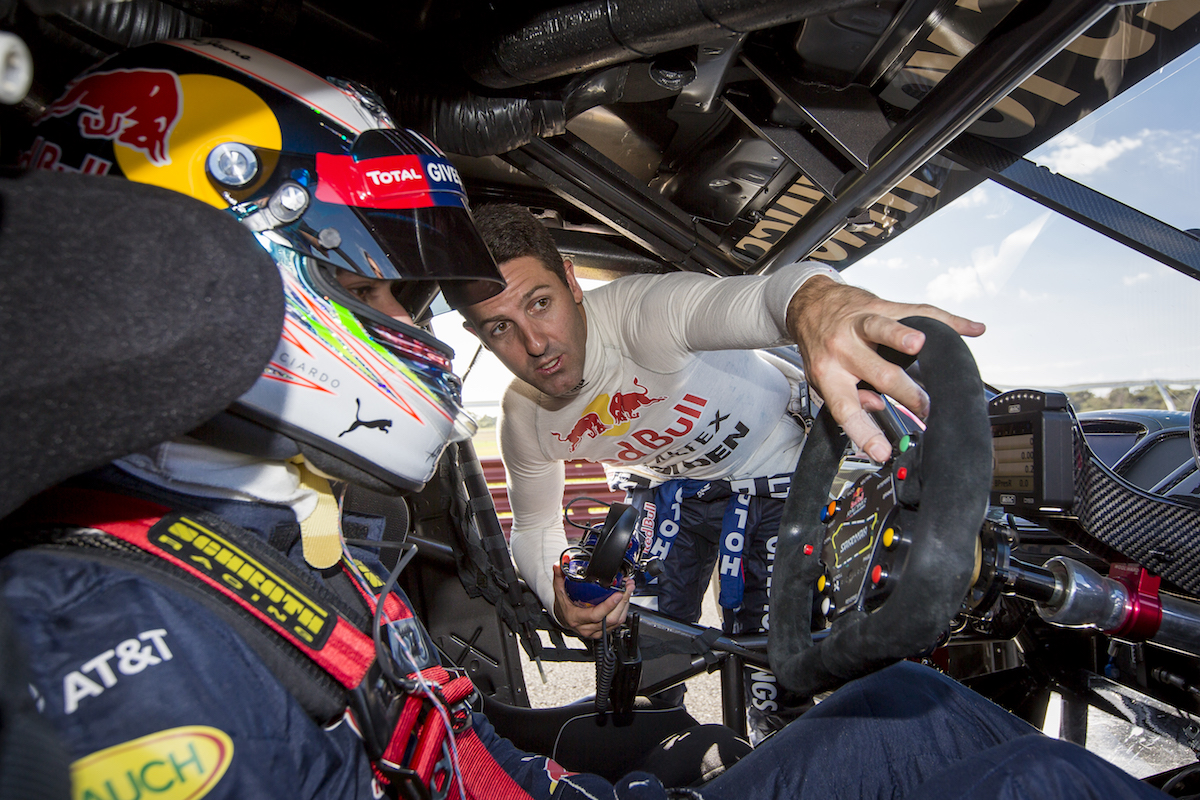 Sandown International Raceway played host to the drivers as they took turns in taking the 708BHP piece of engineering art for a spin.

“I am a fan of motorsports in general, not just of Formula 1, so it was great to get a taste of what V8 Supercars is all about,” said Ricciardo.

“I wasn’t sure what to expect but driving the Triple Eight Sandman was a lot of fun, I was surprised how responsive the car was.” 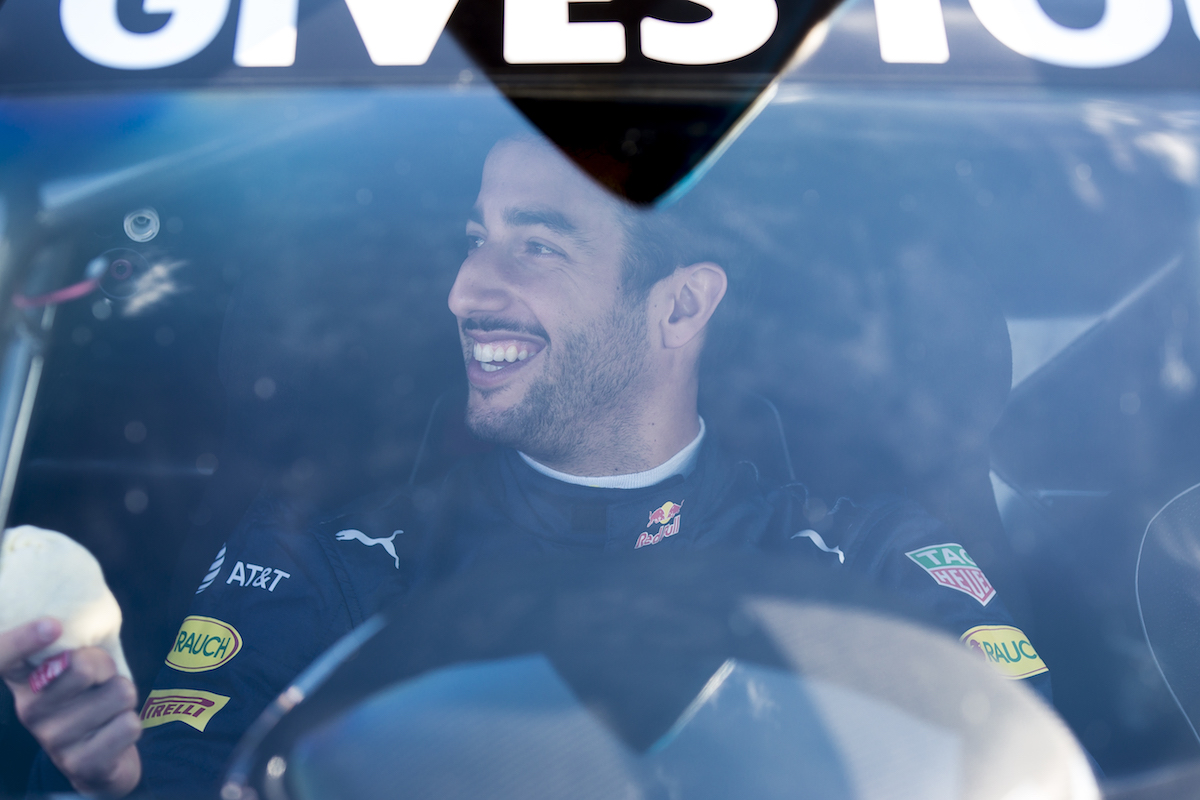 “It’s been great to spend time with Red Bull Racing Australia and Jamie Whincup because V8 Supercars is something I grew up watching as a kid.”

The V8 Supercars field also hits the Albert Park circuit this weekend and Red Bull Racing Australia driver Jamie Whincup is looking forward to getting amongst the action.

“We came out to Sandown Raceway for a session with Daniel Ricciardo to give him a look at our V8 Supercars world with the Triple Eight Sandman and we definitely let it rip,” Whincup said.

“The Holden Sandman is an Aussie icon in its own right so what better way to celebrate the kick-off of the Melbourne Grand Prix with that and Daniel Ricciardo.” 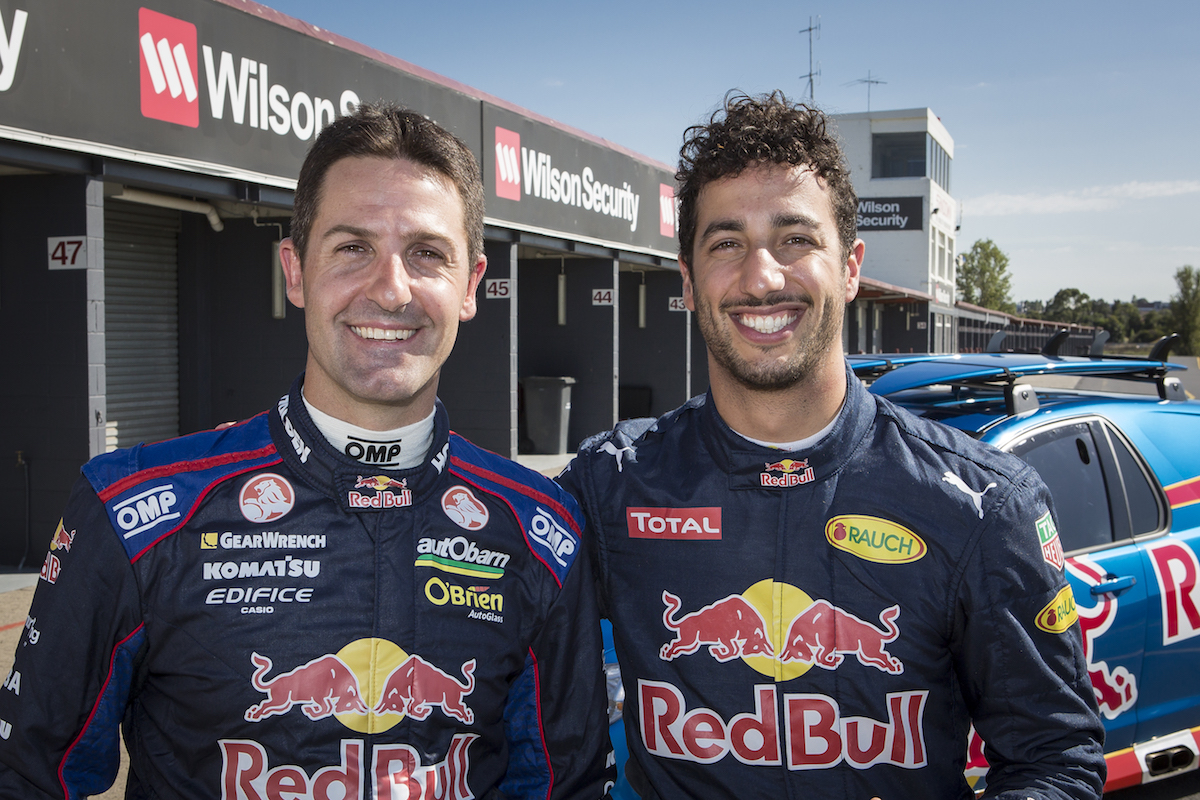