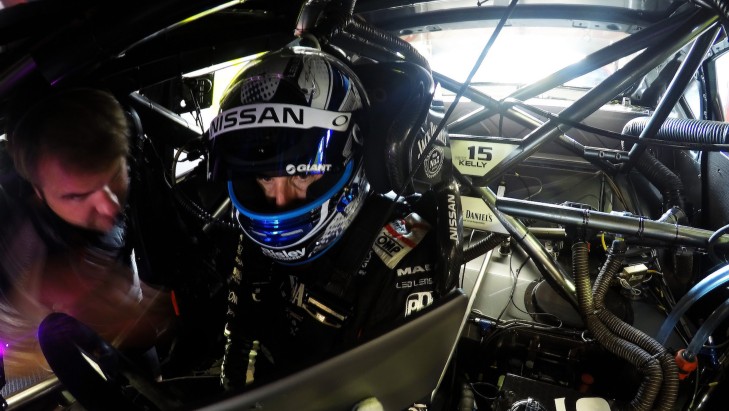 Jack Daniel's Racing is confident heading to Phillip Island, with the aim of scoring another podium and jumping back into the top 10 of the Championship by season's end.

Race engineer George Commins - who joined Nissan Motorsport this season to run Rick Kelly - said that despite a tough run in New Zealand, this weekend's event should see them bounce back.

"We feel we can be very strong at Phillip Island, the circuit suits both our car characteristics and Rick's driving approach and style," Commins told v8supercars.com.au.

"New Zealand was difficult after the Gold Coast where we were strong across the whole weekend.

"With the championship being so competitive now you only need to be slightly out of the window in order to go from being top 10 to in the 20s, which means we both need to focus on every little detail."

After working together for most of 2015, Commins believes he and Kelly have a good understanding of how to improve results for the Nissan Altima moving forward.

"Working with Rick this year has been great, we have developed a good relationship and trust between us," he said.

"We have had some really good results so far, and we understand the areas we need to improve in order to be consistently at the front at all tracks ... our aim for the rest of the year is to achieve another podium and finish inside the top 10 of the Championship."

Commins explained the ins and outs of the Phillip Island circuit ahead of this weekend's event.

Commins says Phillip Island is tough on both the tyres and the drivers with high sustained g loadings.

"Degradation is relatively low considering the nature of the circuit, however this is dependent on the car balance," he said.

"If there is significant understeer in the car then the tyre degradation, through, the races will be accelerated."

Setup needs to focus on providing a stable and consistent platform for the driver to push in the high speed while achieving the best possible balance in the hairpins.

"It is difficult to achieve a good balance in both the high speed corner and the low speed hairpins.

"It is also common to see the drivers struggling with the car in the final sector of a qualifying lap due to the amount of energy put in to the tyre throughout the first two sectors of the lap."

Practice is back to two on-hour sessions on Friday, which teams will have worked out into a plan.

"In practice we will run through a planned set of changes to firstly work on the high speed corners, followed by braking and entry stability in the two hairpins," Commins said.

"Most teams will run a new set of tyres in the last 20 minutes of Practice 2, which gives everyone a good idea of how competitive they are."

There will be two 15-minute sessions prior to qualifying on Saturday and Sunday. 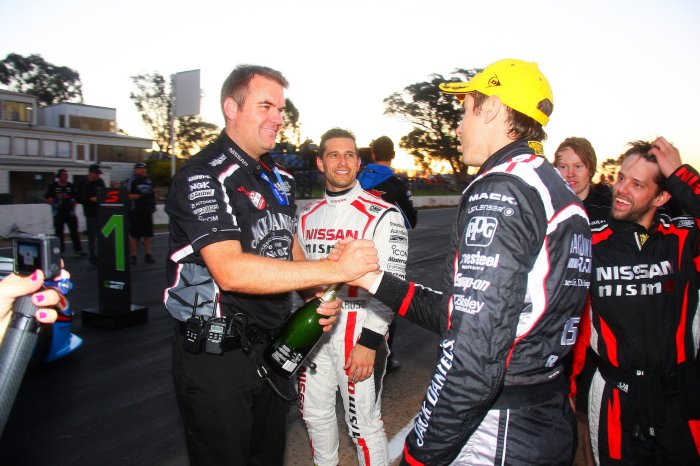 Given the V8 Supercars only race on the hard Dunlop tyre this weekend - rather than the one hard, one soft Saturday races we are used to - teams only need to tune to one compound.

"Running only the hard tyre on Saturday means we need to react to any balance issues following Qualifying 1, as the times will usually be quicker in Qualifying 2 as the drivers find the limits of the new tyre on a second outing," Commins said.

"Qualifying near the front at Phillip Island is very important, with high speed corners before both of the hairpins it's difficult to follow closely in order to pass cars in front."

Using just the one compound means strategy will be limited during the 200km race - to a degree.

"Running only one compound on Sunday limits the opportunity to use the soft tyre to undercut, however there are still opportunities to move forward by getting in to clean air a few laps earlier than those you are racing."

All V8 Supercars must stop at least twice to meet the 120L minimum fuel drop.

"I would anticipate most cars to take safety cars as they come, otherwise - given the single compound in use - the race will roughly be divided in to three equal stints, with some variation depending on how close you are to the cars you are racing," Commins explained.

Sunday's 200km run is a 45-lap race, and Commins believes most cars would be able to make it home on fuel from lap 14.

"However, the limit to stopping earlier is meeting the minimum fuel drop rather than fuel consumption," he said.