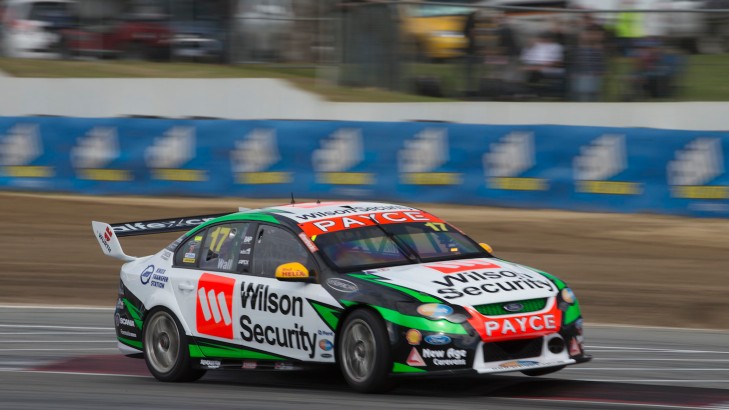 From career best V8 Supercars race results, to a hugeaccidentin New Zealand, it's been a big start to the season for David Wall.

While he and engineer Chris Stuckey are a new pairing at Wilson Security Dick Johnson Racing, the two worked together in 2012 - and Stuckey believes they are a stronger team this time around.

"(Wall) is underrated as a driver, which we try to use to our advantage," he told v8supercars.com.au.

A flurry of testing has occurred since the last event in Perth, and now DJR is the only team not to have tested since the season launching Sydney.com Test Day in February.

The team simply did not feel it was necessary.

"We didn't really want to test just for the sake of testing," Stuckey explained.

"We had a really busy turnaround from NZ to Perth, so we needed to take stock and make sure we are well prepared for Darwin.

"Testing results speak for themselves in the following events so we can all judge who made gains from that.

"We believe that we have a base setup we can use to make progress at Darwin we just need to make the right decisions through practice and over the weekend."

Stuckey: "The most obvious feature of Hidden Valley is the very long main straight; the cars will be hard on the limiter in sixth gear on a good lap.

"The surface is very poor in places with varying grip levels throughout.

"There are some tricky sections, particularly in the last sector, which often can make or break a good lap.

"There are multiple overtaking opportunities.

"The hot weather can play its part on the driver and car."

How will the weekend's format affect setup and strategy?

"Strategy will come into play in qualifying on Saturday, the first qualifying session on Saturday should take care of itself with the need to do a warming run, but the second session may see some differences in approach with some teams opting to go early on a clear track, or what we generally see with the majority waiting until the three to four minute mark to leave their best lap as the session finishes.

"We will only have one shot in each so it's important to get it right.

"Throw in the possibility of a red flag like we saw in New Zealand just to add to the tension!

"Saturdays racing won't require any stops, even under Safety Car we won't have enough tyres to put in a late charge. We will need to ensure we come out the days with tyres that are in as good condition as possible - any tyre damage or excessive wear in the first two races could have repercussions on Sunday.

"Those who are quick enough may opt for only one green tyre run in qualifying on Sunday, but you would need to get a good lap in and be confident it will stand, green tyres for racing will be tempting.

"Strategy for the 200km race will be crucial, as we will need to balance clear air on a fresh tyre against the optimum stint lengths. We have seen varying levels of degradation here depending on car performance and driving style so while always wanting to be quick we will need to ensure we have a car for long stints."

What is the allocation of the Dunlop tyres and what sort of degradation are you expecting? How will this impact setup and strategy, particularly in the 200km races?

"The tyre allocation is three sets of hards, and two sets of softs that can only be used on Sunday. One set of hards has to be returned on Friday so it's going to be tough on everyone to see out the weekend with such a minimal tyre bank.

"The 200km race will be very interesting to see how everyone approaches it considering the tyres available.

"Degradation can be quite high here depending on car balance and speed early in the stint - we saw cars at the front run good pace without hurting their tyres too much but there were also cases of high degradation through the field.

"You have to be careful or degradation can hurt, and with the track generally lending itself to overtaking you can drop positions quite easily, especially considering there will be those looking to push the stint length on softs.

"Of course, any Safety Car periods could mix it up particularly early in the fuel windows."

What aspects of the circuit are you expecting to suit your car and what do you have to be mindful of?

"The braking balance can be difficult from corner to corner here so we will need to be mindful of that, also tyre degradation as mentioned. I think braking in general, and our corner exits are normally our strength to work towards and that will be really important here, in particular flow onto the main straight."

"You always need a good starting position, but you can't afford to have a car that will be quick over one lap only. The races will expose you if your car is not balanced over a long run, if it is, tyre life should look after itself with sensible driving." 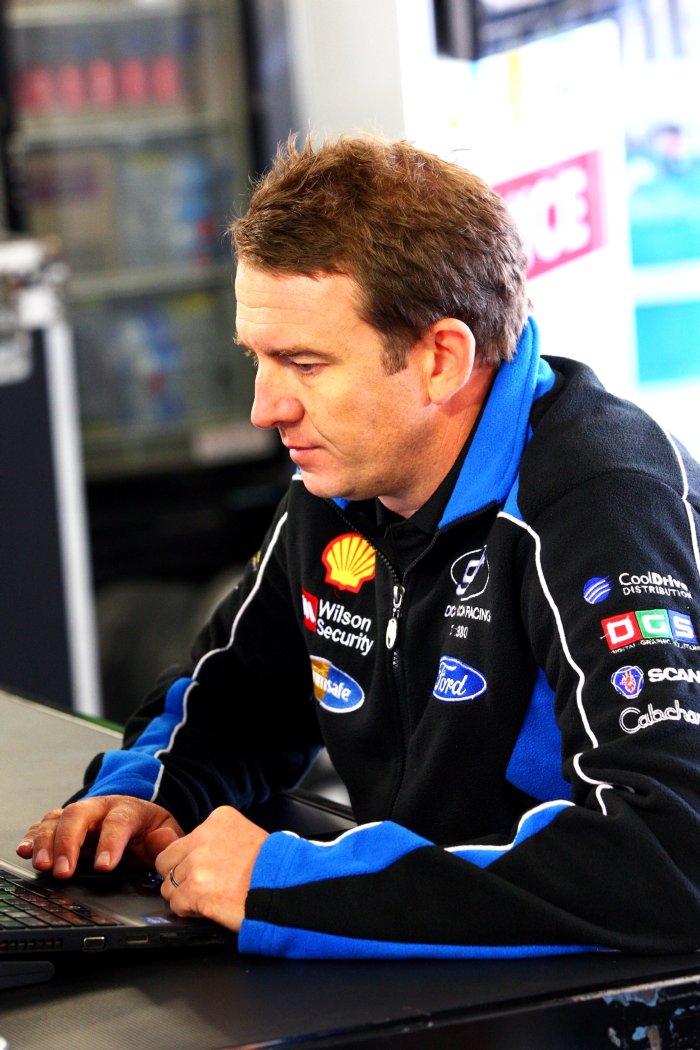 Tickets are available now for the SKYCITY Triple Crown event, running from June 20-22.

You can also get your tickets for the Castrol Townsville 500 - Driven by TAFE Queensland, which runs less than a fortnight after this weekend's event, from July 4-6. Best views are from the grandstands.

Ironman training may give Slade the edge

David Wall  ›
2014 SKYCITY Triple Crown Darwin  ›
Stay In The Know
Sign up to the Virgin Australia Supercars Championship Newsletter
We use cookies to ensure that we give you the best experience on our website. If you continue to use this site we will assume that you are happy with it.Ok