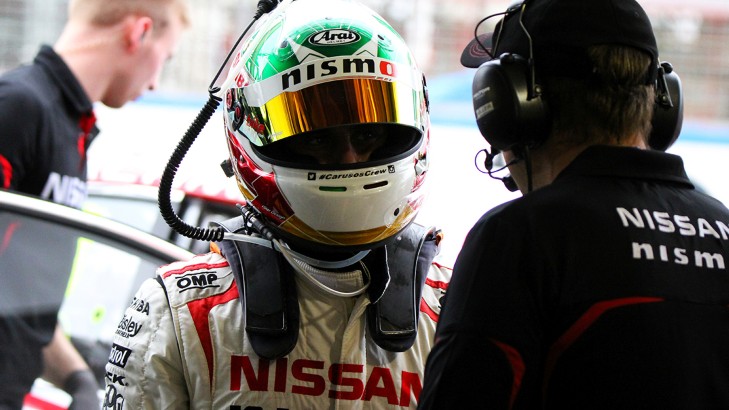 It's pretty straightforward at the Formula One Rolex Australian Grand Prix - race hard, from start to finish, and go for the win.

The showcase event for the V8 Supercars consists of four 12-lap races, so the teams aren't as focused on strategy - just a strong car.

As always, tyres will be the critical element - how teams use their sets across the meeting is really the only factor that will come into play strategy-wise, according to #23 Nissan Motorsport engineer Steven Todkill.

With a shake-up to the usual race formats, there's just one 30-minute qualifying session, with a progressive grid until race four, with final starting positions determined by combined points.

Throw in double file rolling starts, one trophy for the event's best performer and consider it's a concrete-lined track - and we've got some action ahead.

Last year, Michael Caruso was one of the standout drivers, recording his and Nissan's first V8 Supercars pole position and finishing on the podium.

Though the team is still learning about the new aero package on the Altimas, Todkill is hopeful of another good performance at the Albert Park race, with Caruso debuting a new chassis for the event.

"The car was handling quite well, we had a good mid to high speed balance, and were able to capitalise on it," Todkill said of the positive 2014 performance.

"The nature of the circuit... suited last year's package quite well.

"We're still getting our head around the new aero package with the car and that sort of thing - our base setup isn't quite as good as last year, but it was a good round."

Todkill, who has been Caruso's engineer since 2010 when both were at Garry Rogers Motorsport, spoke to v8supercars.com.au about this week's racing and its unusual format. 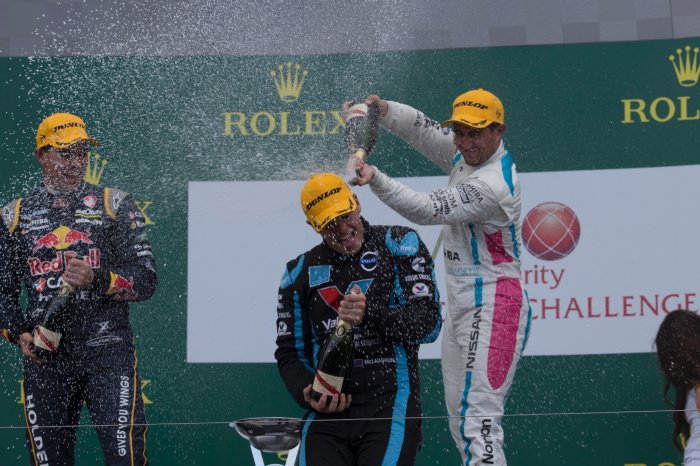 Street track Albert Park is one of the longer circuits on the calendar, with 16 corners and a fast, flowing nature.

With a mix of fast and slow corners, at the 5.3km circuit it's important a V8 Supercar is well balanced and braking well.

"Braking is very important here - if you want a quick car here it has to brake well, get into the corners well, without too much rear locking or front locking.

"Power down has to be quite good because there are some slow spots you have to get out of with a short diff ratio, and then mid to high speed balance is very important.

"It's the sort of track where, if your balance is a little bit out, you end up losing a lot of time because [of] the corner radius - the corners are so large, it's easy to lose half a second a lap if your setup's a bit out."

While the track isn't the hardest on brakes of all events on the calendar, Todkill says it is still very important to brake well - one of the key stresses on the cars at the event.

"There's a good mix of big braking stops and little stops, so generally for the big stops you run into a few issues with locking rears and with the smaller stops just snagging fronts here and there," he said.

"The biggest curve ball in there for us this weekend is the tyre allocation," Todkill said.

With three sets of hards across the four days (and eight pre-marked tyres for practice), given the short races and no requirement for pit stops, there won't be any complicated strategies playing out.

"The biggest issue is going to be managing the three sets of tyres across the four races," Todkill explained.

"It's a progressive grid until the last race, so I guess it depends when you play your card - at some point everyone's going to be on compromised tyres so I guess there's a bit of strategy when you take the hit.

"Everyone will be on good tyres in qualifying and you have time to use them all as well, because it's a long qualifying session - or you could definitely save a set of greens for later in the weekend."

Tyre usage will work differently to last year because the event is contested on hard Dunlop tyres, whereas in 2014 it was solely on soft tyres.

Of course, it's important to be positioned as high up the grid as possible for each race, and Todkill explains the nature of the circuit means there's an opportunity for a big gain, or loss, at the start.

"It can be a good opportunity to make up positions - or [try] not lose too many positions at the start of the race.

"At the track there are a few good passing opportunities ... turn three is always popular to pass under brakes."

The races will begin with side by side rolling starts, the same as last year at the grand prix event.

In a race with compulsory stops or fuel drops, the timing of a Safety Car can play a huge part in a team's strategy.

However this weekend, it won't be a factor.

"There's not much strategy, you don't really have the tyre allocation to do anything tricky," Todkill said.

"I'd say everyone would stay out if there was a safety car unless you had an issue with the car."

The two-by-two rolling start, introduced at this event last year, will kick off each race. And while it understandably puts pressure on the drivers, reverting from the standing start they're used to, there will also be pressure on the engineers.

"I think it's also a challenge for the engineers to call it when the leader starts accelerating," he said.

"It puts a bit of pressure on the engineer to call it right as well, especially with the new radio system - there's a slight delay in there, which could be interesting." 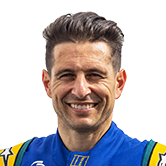