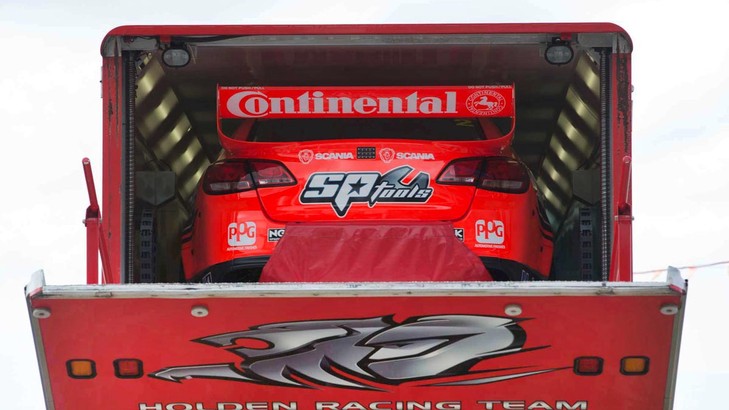 Mat Nilsson is back at Walkinshaw Racing after three years on the blue side of the fence.

As technical director, the highly rated operator – known in pit lane as ‘Techo’ – is responsible for the communication between all four Walkinshaw Racing Commodores.

From managing the engineering group to monitoring new development items on the car, it’s his job to ensure a race meeting runs smoothly and the team is learning and communicating well. You’ll see him working across all four Walkinshaw Racing prepared VF Holden Commodores during this weekend’s races.

Nilsson: “Being a street circuit, it’s pretty tight and obviously kerb usage is a big factor.

“You spend a short amount of time in the majority of corners, so it’s all about being able to brake, get through the corner quickly, and accelerate as soon as you can.

"It’s more about the flow, minimising that time in the corners, and kerb usage.”

How will the weekend’s revised format affect setup and strategy?

“It’s a bit different to previous years in that we practice and qualify on Friday but we still get another practice session on the Saturday morning.

"Compared to previous years, you can probably spend a little bit more time focusing on the qualifying performance of the car on the Friday, qualifying day, with the opportunity on Saturday morning to finalise your race package.

“And Friday can be a little more about qualifying – you’ll still do some race preparation on Friday, but as I said you’ve got that back-up on Saturday morning.”

What effect will the compulsory pit stops and minimum fuel drop have on Saturday and Sunday, respectively?

“It’s different for both days. There’s a CPS component for your stops in race one and race two, and then it’s a balancing act for how many tyres you put on and that sort of thing.

“You have to do a tyre stop, and adding fuel is an option on Saturday. We’ll see what consumption is like on the weekend and look at if you do need to put fuel in during Saturday’s races, and you’ve got the option of what tyres you use.

“Sunday changes again because it’s minimum fuel drop, so it’s a balancing act between what fuel you start in the car and the ability to get all that fuel in by the time you get to your reverse window."

What is the tyre allocation and what sort of degradation are you expecting?

“It’s a hard (tyre) only race, so we get 24 hards for the weekend in terms of race allocation – for qualifying and races – and we get to bring 12 pre-marked tyres out of our current bank for all practice sessions and meeting rides.

“It’s a reasonably generous allocation for practice, given you’ve got the extra session.

“Degradation usually isn’t bad around here, the circuit tends to grip up quite well. And obviously a new component this year is going to be the twilight races, in terms of how your fuel consumption changes.

“As the track cools you’re probably going to find the pace will stay pretty consistent or maybe even get quicker so your degradation probably won’t drop off as much.

“So again, the difference between your twilight race on Saturday versus your middle of the day race on Sunday, you’re probably going to expect a slight variation in degradation.

“It’s quite a good mix this year.”

What aspects of the circuit are you expecting to suit your cars and what do you have to be mindful of?

“The Walkinshaw Racing VF Commodores have been strong on street circuits. You look back at Gold Coast last year and the Walkinshaw cars were quite well suited. So from a street circuit perspective we think we’re looking ok. But again, it’s going to be kerb ride, bumps – that sort of thing is pretty critical.”

“Qualify well. Ultimately at a street circuit like this, with the degradation being low, qualifying is critical.

“You need to qualify well, get track position and then hopefully from a race perspective you can move forward through the pack. Lack of degradation makes it hard to pass, so qualifying is the key on a street circuit to get a good race result and get to the front.” 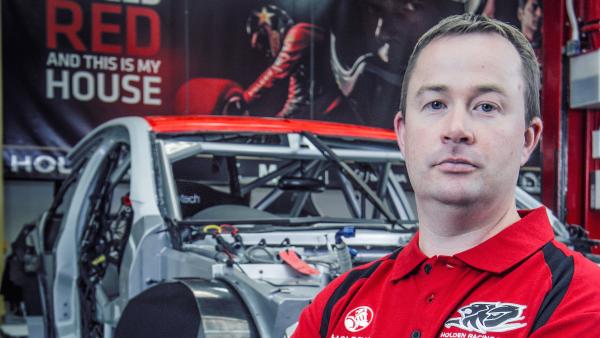 Tickets are available for this weekend's Clipsal 500, which begins today with the V8 Supercars on-track tomorrow. Will Walkinshaw Racing stand on the top step of the podium in Adelaide?

What's on Today at the Clipsal 500 Adelaide

The Ultimate Companion for iPad

Getting to the Clipsal 500 has Never Been so Easy