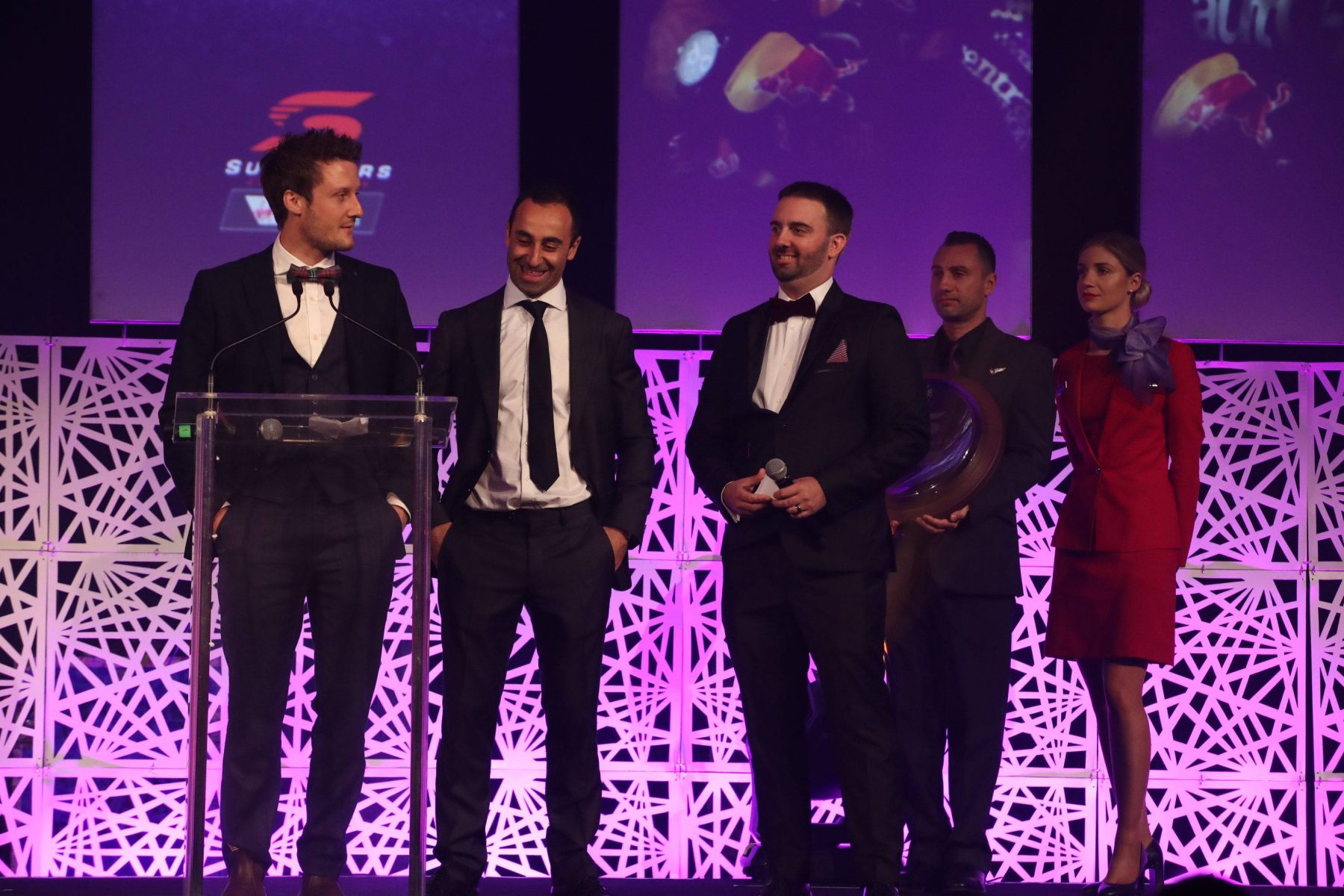 McGregor is leaving Supercars and Australia at the end of the season, having spent seven years at Triple Eight, including the last two engineering Lowndes.

The Irishman stepped into the role on the #888 entry vacated by Ludo Lacroix at the end of 2016, and endured a rough, winless campaign the following season.

His and Lowndes' fortunes changed in spectacular fashion in 2018, with an early win at Symmons Plains followed by victory at Bathurst and in the PIRTEK Enduro Cup.

Triple Eight also claimed the teams’ championship trophy – with its Red Bull HRT pairing – which race engineers McGregor, Grant McPherson and David Cauchi took to the stage at the Gala to accept.

Humour-filled speeches from the trio concluded with McGregor’s tribute to the notoriously tough, hard-nosed Dane, which brought mass laughter, and applause, from the audience. 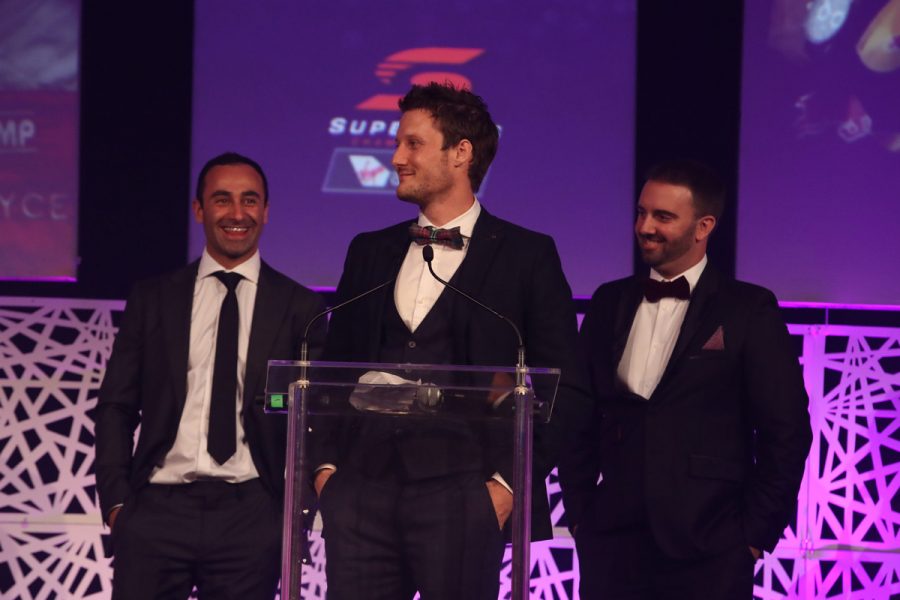 “I’d like to thank our fearless leader Roland Dane,” said McGregor, who started with the team as a customer support engineer in 2012.

“His constant friendly attitude and bubbly personality really makes this team what it is.

“Not a day goes by that we don’t wonder what you really think of us all.

“Jokes aside, as old as Roland Dane really is, he’s the driving force that allows us to compete in an ever-increasing competition.

“On behalf of everyone at Triple Eight, thanks boss.”

This season marked a return to the top of the teams’ championship for Triple Eight, after its seven-year streak was ended by DJR Team Penske in 2017.

McPherson paid tribute to the team’s work throughout the year, dropping a slew of nicknames of crew members who were part of the championship win. 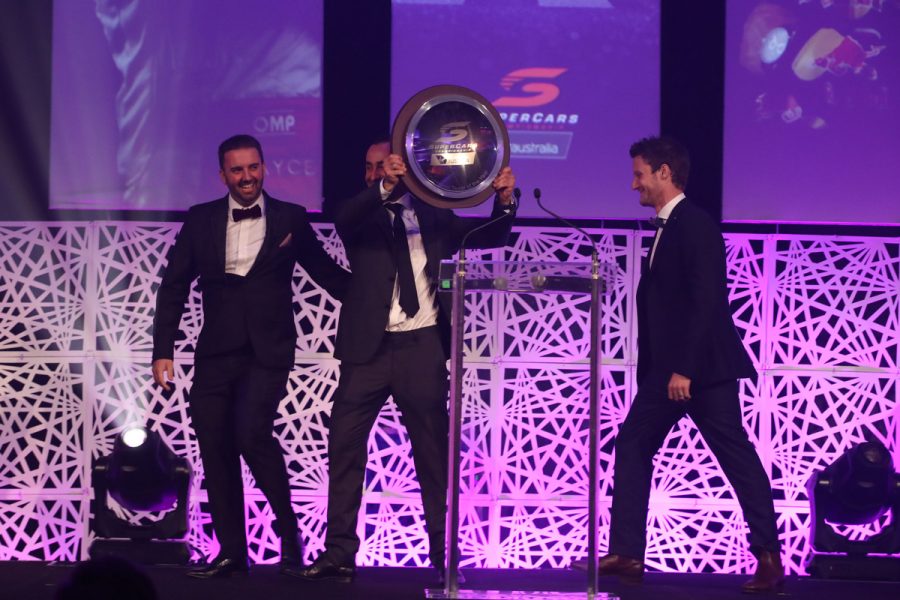 “There’s a huge amount of people that work very, very hard to make sure we achieve this.

“Obviously we can’t do this without sponsors like Red Bull, you guys are amazing.

“A key part to our success is our special five-a-day diet.

“It starts with the original can, the zero can, the sugar-free, the coconut and berry, followed by the tropical.

“What’s most important is you must add copious amounts of vodka, that’s a key part of our success.

“To Holden, it was awesome developing the ZB Holden, along with all its illegal panels, that was good fun!

“We are very proud of all of the race wins we had this year with the ZB Commodore, not just for Triple Eight but for all of the Holden teams.

“We’ve all shared lots of success with that car and we look forward to more in the future.”

The ZB debuted in a storm of controversy in Adelaide, as rivals debated the use of composite panels throughout the new hatchback.

Ford and Nissan teams soon homologated their own composite panels, including roof skins, for their aging Falcons and Altimas respectively.

Holden took out this year’s Champion Manufacturer Award, given based on most race wins, after losing out to Ford in 2017.