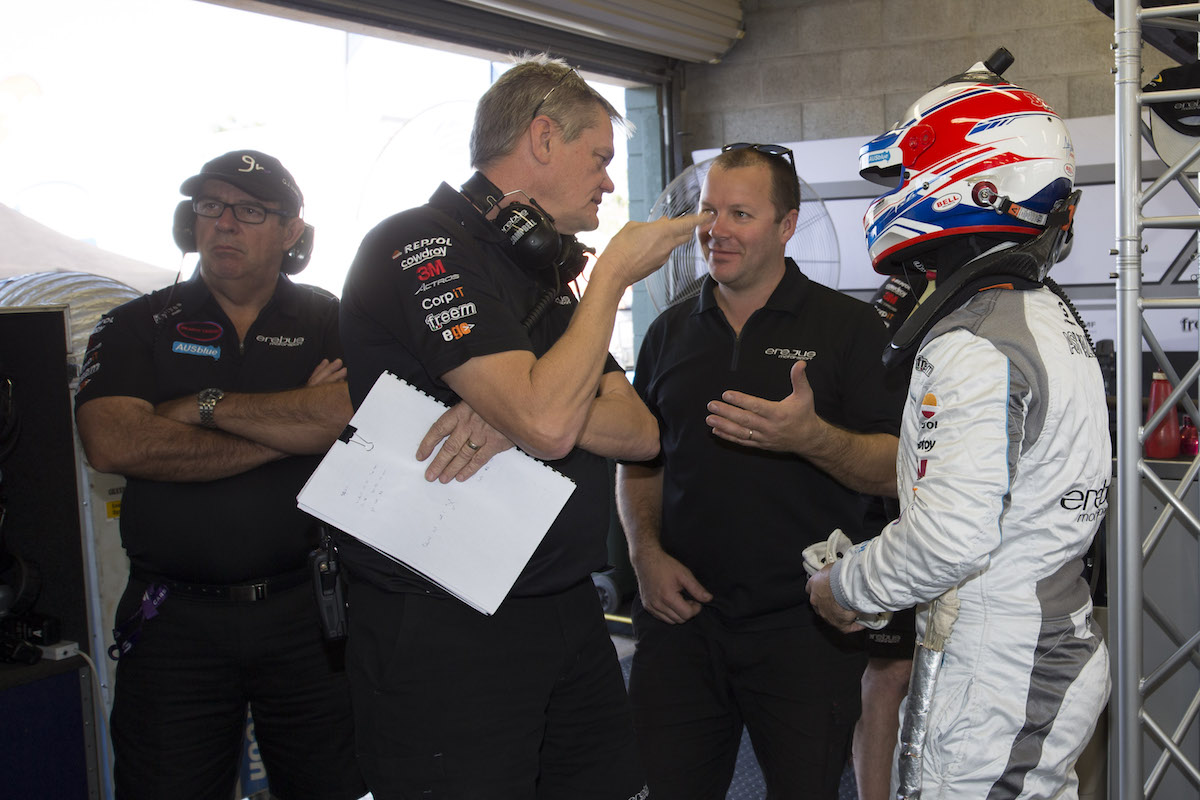 The team is on the lookout for a permanent engineer to replace Little, who joined Erebus as an ‘exclusive consultant’ last season and stepped in to engineer from Winton 2015. He is based in Queensland, while Erebus shifted to Melbourne for 2016.

Erebus is getting on with business, testing on Monday at Winton and carrying out what Reynolds described as a “very important day”.

“There’s no hard feelings with Campbell, it’s just a decision we had to make as we build for next year and the year after,” Ryan told supercars.com.

Ryan, who is experienced as a race engineer, will mentor new team member Mirko DeRosa, as the team focuses on building for the future.

“Mirko DeRosa is from Italy – he’s been in Australia for 18 months – and is a mechanical engineer who started this year as Dave's #1 mechanic,” Ryan said.

“Mirko now gets to use his vast engineering and racing experience to support our engineering group as our data and vehicle dynamics engineer.”

The news comes after Reynolds’ strong form at Winton, which saw him race from 17th to sixth in Sunday’s 200km race and score his second top 10 finish of the season.

The team will test further developments on its Holden Commodores next week before heading to Hidden Valley, the venue for some of the Albury driver’s highest and lowest moments in Supercars racing.

The ex-Walkinshaw Racing Commodore has been the subject of an intense development program by Erebus, with parts flowing into the car at the Perth and Winton Virgin Australia Supercar Championship events. A significant number of new bits are to be tested on June 6 at Winton.

“It is a very important day,” Reynolds told supercars.com.

“We have so many things to try it is not funny.

But Reynolds is fully behind the process of developing the car as an Erebus racer, rather than sticking to the set-ups and parts the car came with from Clayton.

“We don’t run a lot of their (Walkinshaw) parts any more,” he said. “We run the best of both worlds and come up with our own ideas of how to go about racing.

“So let’s build some stuff that’s maybe a bit left of field, have a go and see how we go.”