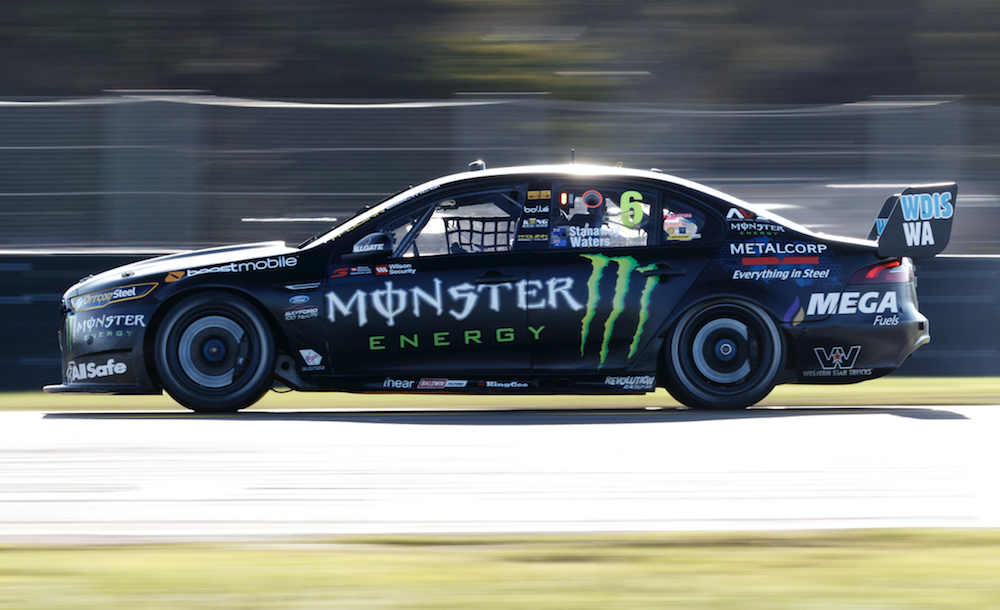 It is understood the winning Falcon and that of Mark Winterbottom and Dean Canto were using Prodrive’s latest engine developments, focused around the top of the powerplants.

Waters paid credit to the team for getting the upgrades ready for Sandown, but Edwards remained tight-lipped on the engine components, and said they were not necessarily the key to Prodrive’s form.

“I’m not going to comment on what we were or weren’t running,” he told Supercars.com.

“If anything, probably the thing that really helped us was the ability to put the power down out of Turn 4 and Turn 11 was really strong.

“And that’s got nothing to do with how many mumbos you’ve got under the bonnet, that’s how well the car’s dialled in from a suspension point of view.

“If you have to have a strength, you would say it’s the ability to get off that last corner and the charge down the straight.”

Prodrive scored its maiden title with Winterbottom in 2015, but has won just five races since as the battle between the Red Bull Holden Racing Team and Shell V-Power Racing has taken centre stage.

Edwards said the team would be “super-aggressive” with its development program, but acknowledged it had learnt from being too ambitious with changes during the Hidden Valley round in June.

“It’s a constant balancing act. We don’t want to be chasing, we want to be winning, like we were at Sandown, we’re prepared to be super-aggressive with everything we do.

“There’s a whole host of areas on the car we’re looking to develop and are developing. And that’s the only way we’re going to stand on the top step more regularly.”