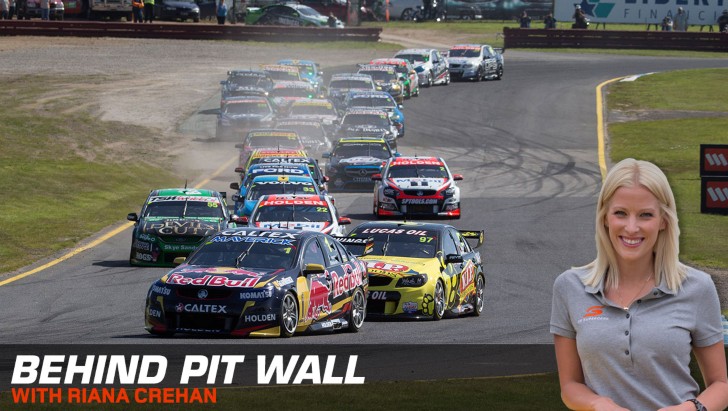 Friday morning of the first enduro and the atmosphere is always very different when I am walking up and down pitlane. There is tension in the air. It has suddenly gone up a gear. Everything is amplified. Risks are greater, rewards are sweeter and mistakes will feel like you have had your guts ripped out.

Everybody must step up - the crews, engineers, drivers, co-drivers. Three of the biggest races of the year where nothing but the best is enough. This is an opportunity. These races can make or break a season. Often it's a chance to reset, have a good run and come out on top; have a disaster and say goodbye to the year.

Sometimes it's simply about redemption one spray of champagne can quickly numb the pain of a disastrous 12 months. A moment where drivers can etch their name in history and change how they are remembered long after they put on their helmet for the final time.

Fifty drivers, 500km, 300 points. A unique opportunity here at Sandown, where co-drivers get their very own qualifying race on Saturday to combine with the results of the main drivers to set the grid for the 500km on Sunday.

It's the first race of the weekend with all eyes focused on these 26 'non regulars'. Immense pressure on 'green' drivers to start a race (some haven't done that all year), perform in the heat of the battle (some haven't done that either), and finish cleanly in the best position possible to hand the car over to their main driver to combine their results for their starting position.

A co-driver can do a good job and go unnoticed, but do a bad job and he could spend the rest of his days selling hotdogs from a van in the spectator arena wondering what could have been.

Sandown is known for its two drag strip-like straights, one down the front and one at the back, and it loves a good engine.

It has plenty of 90 degree corners and if you can brake and rotate well and get the power down, drivers say you will have a much more enjoyable day.

There is quite a long run into to turn 1 - 680 metres - it's pretty wide and then has a huge funnel effect with the first corner actually jutting out and all of a sudden the inside line disappears. It always creates chaos on lap one, particularly in those 'Sprint for the Grid' races on Saturday, so keep an eye out for action here!

The circuit also requires a bit of a compromise between having a nice setup for riding the kerbs at turn 1 and having a car that can tackle the track across the top.

We get that nervous tension before these races for a reason - because they mean something. A huge amount of preparation, build up, pressure, money depends on their outcome. Only one driver pairing gets to stand on the top step and collect the 300 points.

Everyone else is left to wonder what could have been.

Tomorrow is the beginning of the Pirtek Enduro Cup.

- PRA will be difficult to beat
- Whincup and Dumbrell will feature on the podium
- Track position is crucial to a result
- Reynolds and Canto are the wild card.