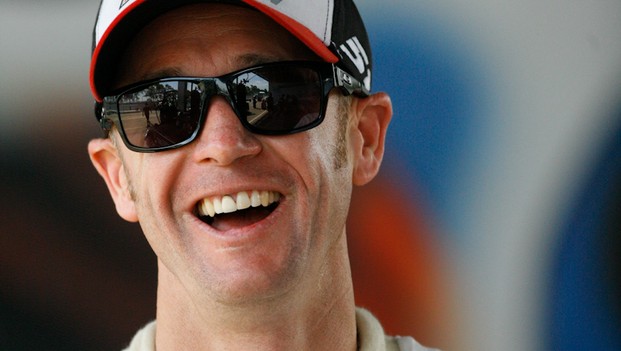 GREG Murphy has confirmed he will not drive full-time in next year’s V8 Supercars Championship and is focusing on competing as an endurance driver at Sandown and Bathurst in 2013.

The 40-year-old Kiwi confirmed via a release today that he will not be on the grid at next year’s Clipsal 500 in Adelaide, bringing an end to 14 consecutive years of driving full-time in the V8 Supercars Championship from 1999 onwards.

He says he expects to announce an endurance drive in January and had been in discussions with several Holden teams regarding a full-time berth but had elected to focus solely on an endurance program next year.

“It’s been a challenging six months with my back operation, the news that Kelly Racing was switching to Nissan and the annual race to secure one of the last remaining seats available in the championship,” Murphy said.

“While the option to consider another manufacturer presented itself, I was always going to remain loyal to Holden who have been incredibly supportive of my career since I first entered the series as an enduro driver with Craig Lowndes back in 1995.

“The facts are that the right full-time Holden seat has not appeared for me despite some encouraging discussions along the way.

“I know I’m still capable of being very competitive as a full-time racer but am comfortable to turn my attention to the right endurance seat for Sandown and Bathurst next year.

“I’m certainly not retiring from the main game. Bathurst and Sandown have been very kind to me over the years and with the right enduro seat in 2013, I have no doubt that I will be able to show pit lane and the fans alike, that I still have what it takes to be competitive as a full-time racer.”

The news also means that – save for a wildcard entry – Murphy will not be on the grid for the return of the Pukekohe event in his native New Zealand next April.

The Kiwi ace will be a strong driver to add to the endurance mix for 2013, bringing to the table four Bathurst 1000 wins and two Sandown 500 successes.

Murphy made his 20th Bathurst 1000 start this year and his eight podium finishes in The Great Race are only topped by five other drivers – Peter Brock, Jim Richards, Larry Perkins, Craig Lowndes and Mark Skaife.

A veteran of 194 ATCC/V8SC event starts (ninth on the all-time list) and 433 individual races, Murphy made his championship debut at Calder Park back in 1997 driving for the Holden Racing Team.

A two-time V8 Supercars Championship runner-up during his Kmart Racing days in 2002 and 2003, Murphy will continue to race in New Zealand in the V8 SuperTourers Championship next year for Mike Pero Racing in its Holden Commodore.

Tanders Plate Up For Foodbank

18/12/2012
Stay In The Know
Sign up to the Virgin Australia Supercars Championship Newsletter
This website uses cookies to improve your user experience. By continuing, you will be providing your consent to our use of cookies.Ok