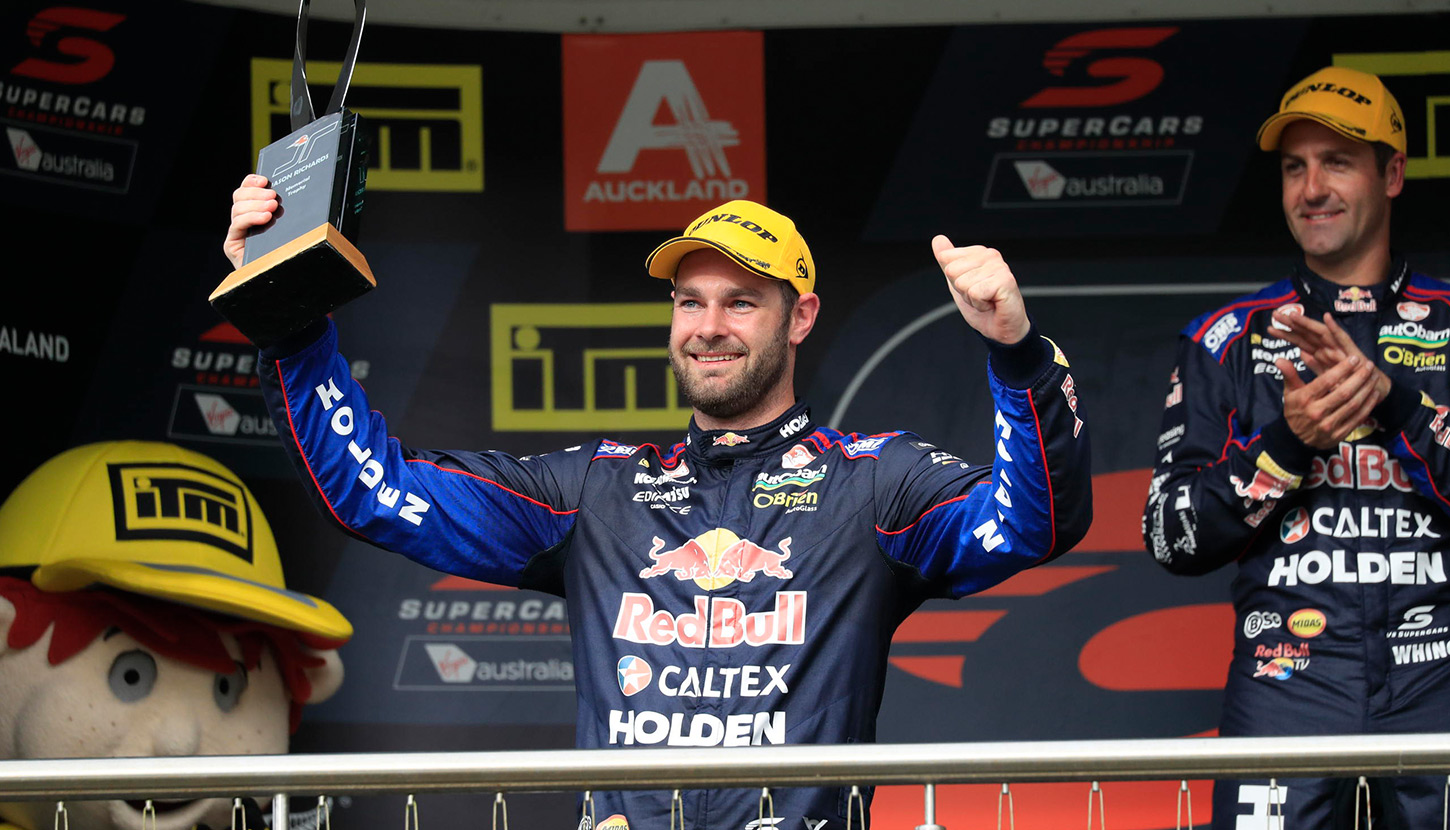 Shane van Gisbergen admitted to choking back tears after crossing the line to clinch the Jason Richards Memorial Trophy today at the ITM Auckland SuperSprint, becoming the first Kiwi to take the honour.

Richards was loved by the Supercars pit lane, and van Gisbergen became the fourth different winner in as many years to take home the trophy after earning top points across the four sprints held at the Pukekohe circuit.

“The emotional stuff doesn’t happen with me very often, but I choked a few tears back on the in-lap – it was a pretty special thing to win this trophy, no Kiwi’s done it,” Van Gisbergen said.

“Jason – everyone was his friend, he was such a nice guy and, as I said the other day, when I was coming into the series, he was so welcoming and always encouraging. He’d never give me any tips, he’s a racer – always fond memories. To have one of the Jones brothers present the trophy and be in front of the home crowd, it’s pretty awesome.”

He adds the prestigious trophy to the Pirtek Enduro Cup, which he took with Alex Premat after the Gold Coast 600, and with a 197-point lead over teammate Jamie Whincup, is eyeing the Championship trophy, which will be awarded next month after the Sydney finale.

While van Gisbergen didn’t want to get ahead of himself, he already knows how he would celebrate if he gets the job done.

“A big burnout! I’ve won that race three years in a row and have never been allowed to do a skid so hopefully this year.”

He isn’t taking for granted the battle he has ahead with Whincup, but is hoping for a strong haul of points on the Saturday.

“It’s got to happen first, the gap is quite big, but we’ve still got to go there and get a good result, at least on the Saturday to ease the pressure,” he said.

“We did what we set out to do this weekend – no mistakes, four good races and get some good points. We increased the lead; that’s a bonus, so I’m pretty stoked.

“Unfortunately there’s an awkward four-week break,” he added, joking that he had nothing to do given he has flown away to compete in a number of international events earlier this year.