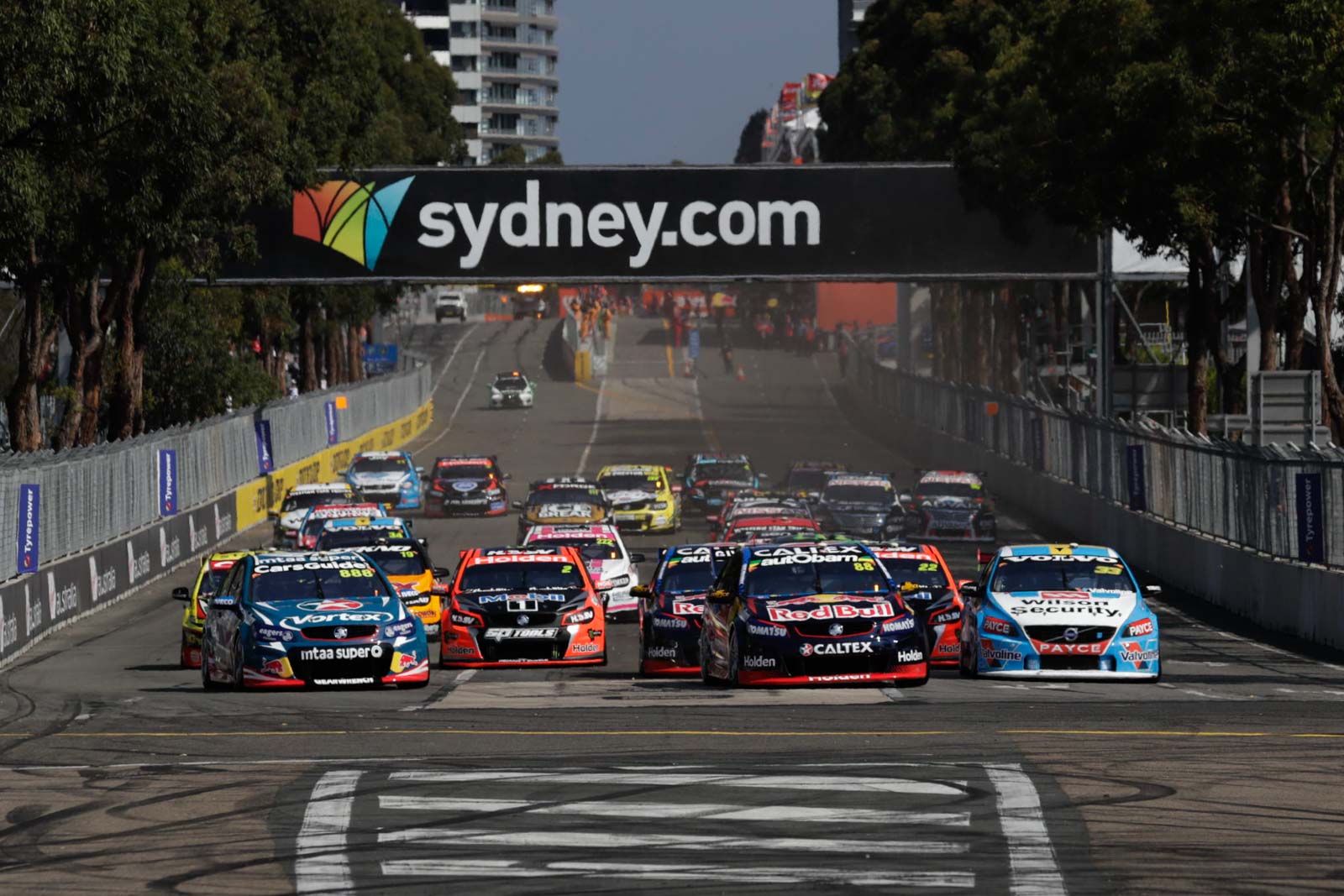 1. All hail the champ 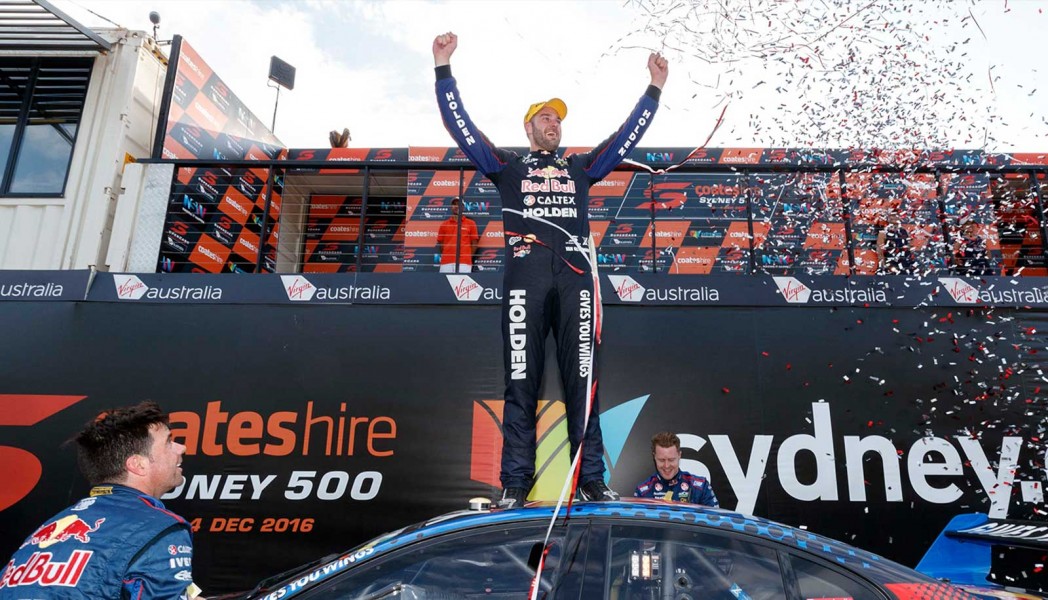 Garth Tander suggested Shane van Gisbergen would appreciate sealing his first Virgin Australia Supercars championship even more because of his come-from-behind drive at Sydney Olympic Park. Well dunno whether SvG did or didn’t get an extra buzz out of the circumstances but we all did.

Watching a tentative van Gisbergen fumble his way through the early laps was to be reminded just how positive and decisive he normally is, something confirmed once he completed his drive-through and set off back through the field on his way to the crown.

“Once I was in that position there was nothing to lose and I just went crazy and hit everything except other people, so it was good,” he laconically relayed afterwards.

That’s one of Shane’s unappreciated attributes; the way he talks so matter-of-factly about unbelievable driving achievements. But I guess for him they are run of the mill.

Incredibly, that championship-sealing third place was his ninth consecutive podium finish, which he then followed up the next day with his fourth Sunday won in a row at Sydney Olympic Park. Of course, there’s now no chance to add to that latter record because of the shift to Newcastle.

But more championship wins? Yep, pretty safe bet there will be more of those.

Sydney Olympic Park has always been a controversial venue, but gee whizz it turned on some good racing last weekend.

The highlight on Saturday was undoubtedly van Gisbergen’s late-race battle on fresher tyres with Scott McLaughlin and James Courtney.

Some of the Holden Racing Team driver’s lines were, ahem, aggressively defensive and it was understandable that van Gisbergen was quite prepared to stay behind him, only making the pass when a clean opening presented itself.

On Sunday it was the Jamie Whincup and David Reynolds battle for the final step of the podium, one which the Erebus driver won – as we discovered post-race - without mirrors, a drink, or comms. His sense of humour, however, remained intact through a hilarious post-race press conference.

Jamie Whincup did exactly what he promised he would do at SOP, fighting his Red Bull team-mate for the championship to the end. His Saturday win was exemplary and his Sunday drive to fourth a classic example of his controlled aggression.

And yet, there it was again on Sunday in the top 10 shootout, something we have become recently used to seeing from Whincup; a key error. Locking the rears at turn one on his flying lap sent him back to the fifth row of the grid when he should have been on row one or two.

If Jamie is to win another championship to add to his record six, then he must eradicate these key errors from his game. Easier said than done of course, as he is racing at the edge against an exquisitely talented rival and team-mate.

4. All hail the champs’ engineers 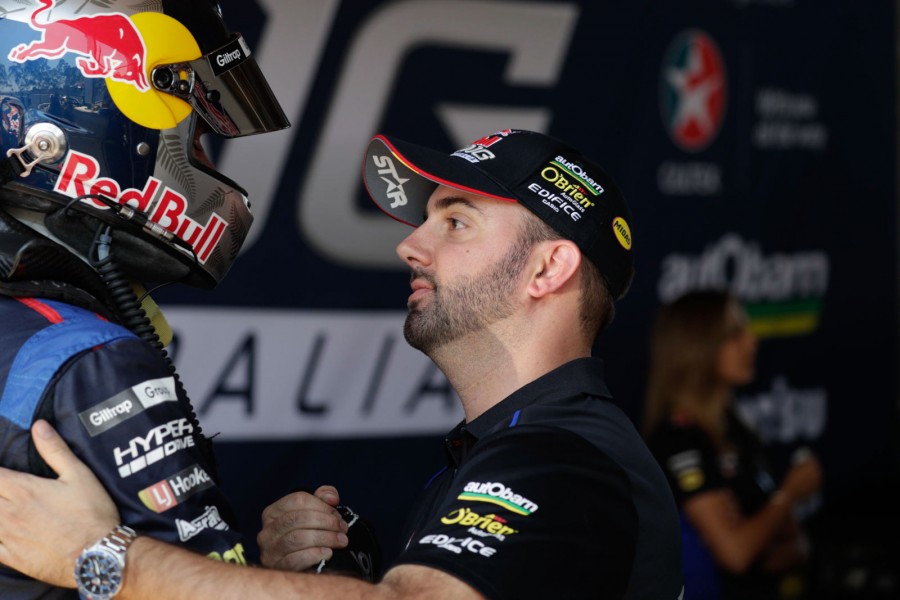 Grant McPherson broke through for his first championship win, teaming superbly with van Gisbergen to deliver an almost perfect season.

There was a lovely symmetry to the fact McPherson, like van Gisbergen, has been in the championship since 2007 and the two of them tasted the ultimate success together. However, ‘Shippy’ is one up on his driver, having won Bathurst in 2015 with Craig Lowndes and Steven Richards.

On the other side of Mark Dutton, David Cauchi, also had a year to be proud of.

Jamie Whincup’s engineer won the title first time out in 2014, but then spent part of 2015 back in the junior data engineer role when things went awry and Dutton rejoined J-Dub.

But no such diversions and excursions this year. Seven wins and the runner-up slot are a solid indication this partnership worked much better second time round. 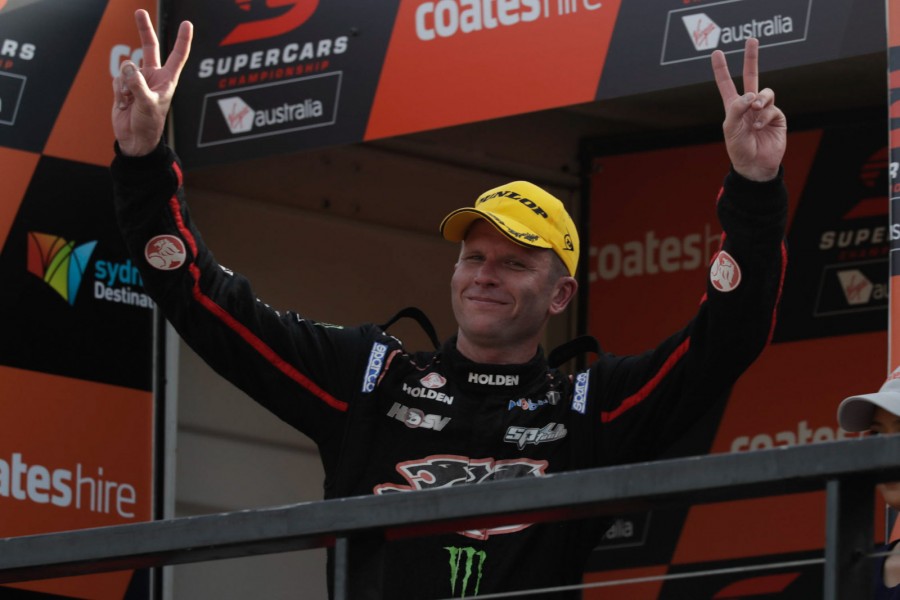 What a way for Garth Tander to go out! Two second places and his first pole position since 2012 were dramatic reminders – not that they were truly required – that GT is still one of the fast, hard men of the championship.

His farewell outing for the Holden Racing Team was full of aggression, nous and merit, like many that have gone before it.

The best moment, undoubtedly when he was mobbed by his crew after SvG failed to topple him in the top 10 shootout. Even Tander, who is something of an iceman, looked moved by all the commotion.

His publicly stated expectation is he will be in the championship in 2017 and surely that’s good news.

After 26 years the Walkinshaw family ended its association with Holden as a factory-backed touring car racing team in a classy way, fighting for poles and wins at SOP. That good form also ensured second place in the teams’ championship.

It’s been a turbulent ride in recent years as the Clayton team has fought for consistent pace. That it has failed to achieve that and therefore lost its factory deal and the Holden Racing Team name is no doubt a bitter pill to swallow.

But one last time at Homebush it was good to see Garth Tander and James Courtney mixing it up at the front,  Adrian Burgess bluing about the pitlane contact call between GT and SvG and intense team owner Ryan Walkinshaw wound up like a 1000lb spring. 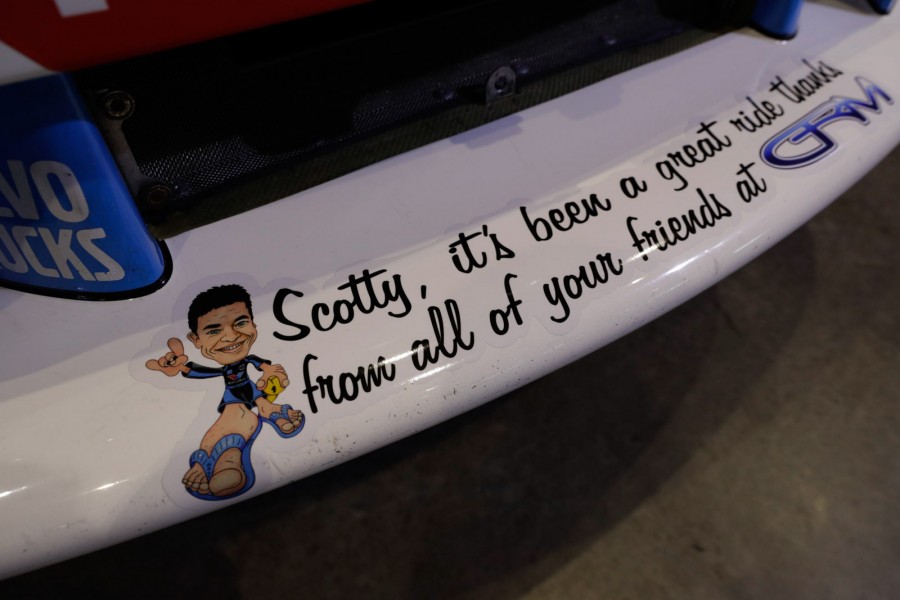 Great to see Scotty McLaughlin finish his four-year stint at Garry Rogers Motorsport with third in the drivers’ championship, finishing over the top of Craig Lowndes.

It’s been a turbulent year for GRM – to say the least – and to finish the year so strongly with third in the team’s title also locked up at SOP is a credit to all involved.

The combination of McLaughlin and his engineer Richard Hollway have been a pleasure to report on over the last four years; Scott is a future champion of the category and Richard is simply one of life’s gentlemen.

With the backing of a tight knit team and quality father and son team owners, Barry and Garry Rogers, they have tapped the maximum from the Volvo S60.

Now it’s on to the next chapter.

8. Where were Ford and Nissan?

The lack of competitiveness of the Ford Falcon and Nissan Altima at SOP was a major disappointment.

There was a lot of 2017 pre-season testing going on in both blue oval camps last weekend. But that wasn’t much consolation for Mark Winterbottom’s championship defence, which started so strongly – remember the toe-to-toe with van Gisbergen in Tassie – but ran out of momentum in the second half of the season.

Over at Nissan Todd Kelly showed the best form of any Altima at SOP, but couldn’t deliver on Saturday when on for his best result of the year in the carsales.com.au entry and then had a mechanical intervene on Sunday.

And the ninth item...

At season’s ends I’d just like to say a big thanks to my colleague Kassie who moves on to new challenges in 2017; it’s been a great experience working with you and all the best for the future.

Also best wishes for the festive season to all you regular commenters on 8 things – you know who you are – for your input and your – usually - succinct thoughts!