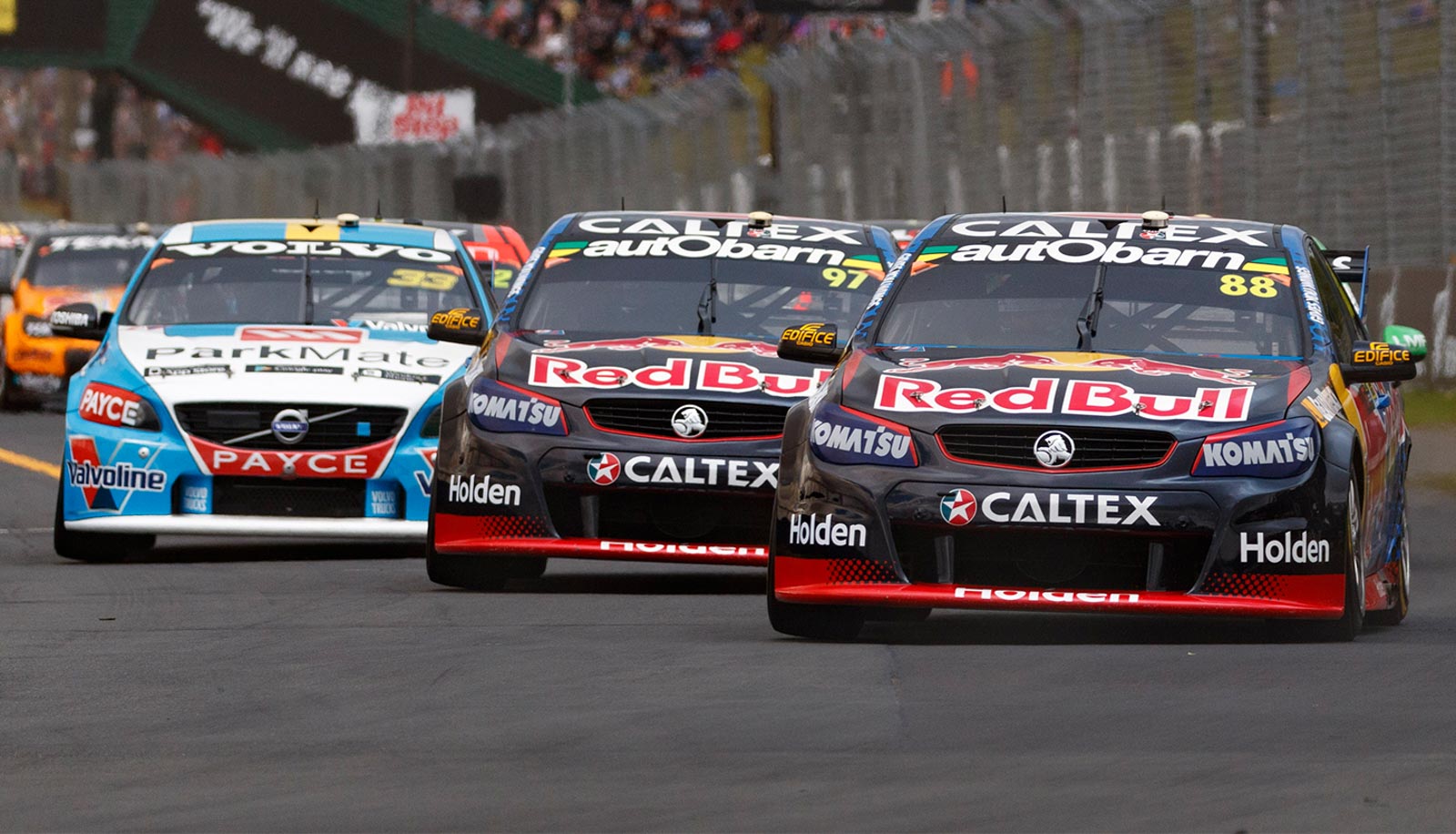 DJR Team Penske’s play for Ludo Lacroix makes immense sense. In one fell swoop, his recruitment adds enormous technical credibility and depth to its own engineering organisation while weakening Triple Eight Race Engineering – by far the leading operation in the field. 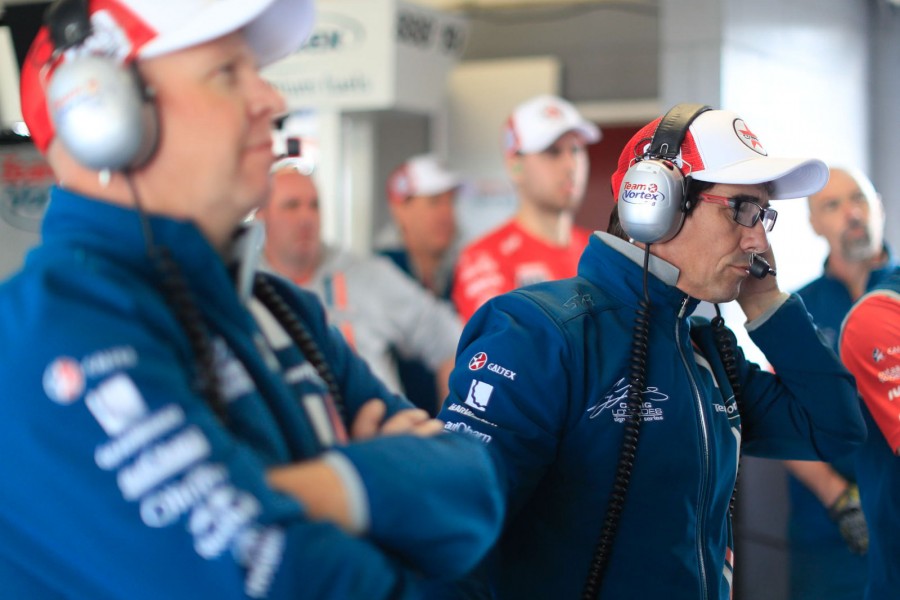 Next year is the year that Penske Racing’s owner Roger Penske and president Tim Cindric have made clear championship winning potential must be shown by the team. Lacroix’s arrival, along with Scotty McLaughlin, will surely make that goal more attainable.

Lacroix is an outstanding car designer and aerodynamicist, so it’s not too much of a stretch to imagine that whatever car DJRTP will race beyond 2018 – Ford Mustang, Mondeo or another brand – Lacroix will be at the centre of developing it.

Penske and Cindric aren’t the only ones wanting DJRTP to take the next step in 2017. The championship needs a team to ante up and take on Triple Eight toe-to-toe.

The ITM Auckland SuperSprint emphasised once more how far ahead of the rest the two T8 Red Bull Holden Commodores have raced in recent times.

It’s incredible to look back on the diversity of winners and championship leaders in the first half of the season and consider how much things have changed.

No-one could deny T8 and Roland Dane have earned their position of dominance, but healthy championships have a tendency to produce a quite diverse roll call of winners.

Thank goodness Mark Winterbottom broke through for his and Ford’s first win since Perth in race three at Pukekohe. It reminded us how good his former factory team was in 2015. It would be great to see a PRA return to form.

Bow whoever emerges as front-runners in 2017, it will all come down to engineering and development smarts, hard work, plenty of well allocated resources and outstanding talent behind the wheel.

Speaking of a diversity of winners and unpredictable race results; we certainly learned the right way NOT to achieve that at Pukekohe.

Was anyone truly surprised the 100km sprint format placed massive emphasis on qualifying and produced processional racing at the front of the field?

Sure, in the midfield it was a different story, where blokes banged and biffed and barged merrily all weekend. The braveness of some of their passing in the esses had to be seen to be believed.

But up front in clean air the gaps between cars quickly grew once the cut and thrust of the first couple of laps as done with. Speaking of which, the van Gisbergen-Whincup side-by-side run in race two was incredible stuff and a tribute to both of them that they got away with it.

The fundamental maxim of Supercars racing surely is make the races longer and add in as many variables as possible to produce the different strategies that inevitably spice things up.

It will be very interesting to see how T8 and its leader Roland Dane deal with the departure of Lacroix, who has been part of the team since it first arrived in Australia – and beforehand in Europe.

We know Sam Michael has come onboard as a consultant, but there will surely be other moves as T8 not only faces the challenge of servicing its own and customer racing programs and the development of the MY18 Commodore in partnership with Holden.

Lacroix joins commercial boss Peter Jamieson, gun engineer Jeromy Moore and Adrian Burgess as high profile departures over the last few years from what has been a very stable organisation – at least by the turbulent standards of pitlane.

Dane dubbed Lacroix “duplicitous” for not advising him he was leaving for DJRTP. That’s strong language considering how much the Frenchman has contributed to T8’s groaning trophy cabinet over the years, but it also shows how much his defection stung Dane – more personally than professionally I’d think.

For the second time in three race meetings, Jamie Whincup made a mistake during a passing move that changed the course of the Virgin Australia Supercars Championship. 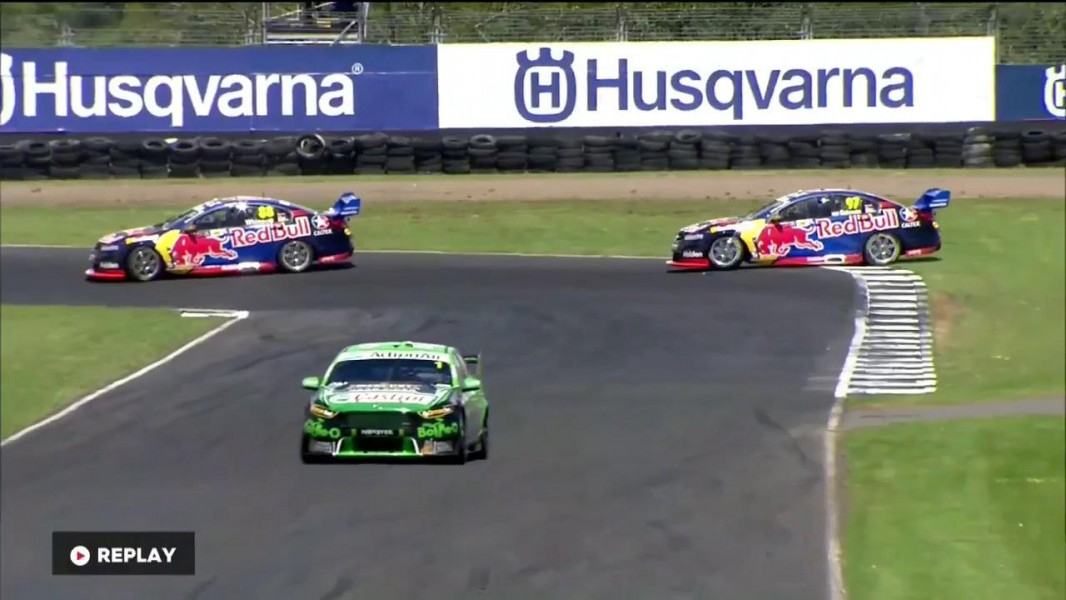 At Bathurst it was the pass on McLaughlin – and we all remember what happened there – while at Pukekohe it was the move on Red Bull team-mate Shane van Gisbergen for second.

If Whincup had got by and finished ahead of his team-mate, then combined with his win in the second Sunday race the the drivers’ championship points gap would be have been narrowed rather than expanded headed to the finale at Sydney Olympic Park.

If Whincup ends up runner-up in the 2016 championship – which is likely – he will only have himself and [for his seatbelt incident at Sandown] Pirtek Enduro Cup co-driver Paul Dumbrell – to blame for that.

Yes, van Gisbergen has been superb in the latter part of the season, but who would have bet mid-year that the Red Bull Commodore driver showing coolness sunder the pressure would be behind the wheel of #97 rather than #88.

As has been stated here previously it’s been great to watch van Gisbergen’s character emerge little-by-little as the year has gone on.

His clear joy at performing well in front of his home crowd at Pukekohe was obvious throughout the weekend and his emotion at becoming the first Kiwi to win the Jason Richards Trophy was a surprising, heart-warming moment. 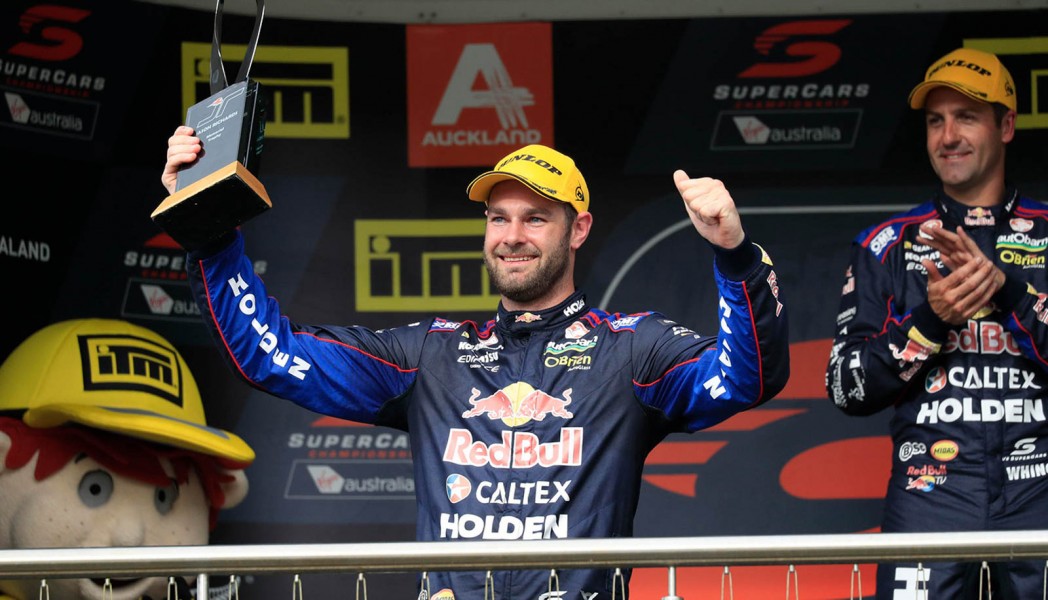 Clearly, we are going to be seeing a lot of Shane and hearing a lot from him over the next few years. It will be a fascinating part of that to watch his character emerge as he becomes more relaxed and confident in public and in dealing with the media.

While a Triple Eight one-two-three would be a mighty fine achievement, I am sure plenty of people are barracking from Scotty McLaughlin and GRM to spoil the party and claim third place in the drivers’ championship.

Scotty – bless him – made that ambition clear to one and all before Pukekohe, and while he didn’t have the meeting he wanted, he did close the gap to just 21 points. You’ve got to admire his willingness to put himself out there and clearly state his intentions. No PR-speak there.

It would be a fitting result for Scotty and the hard-working crew at GRM if he finishes his fabulous four-year stint with Garry Rogers on a winning note and on the championship podium.

8. Todd and Dale and Nissan

Amazing to watch Nissan team-mates Todd Kelly and Dale Wood engage in a pretty wild smash and bash at Pukekohe. That Todd is a team owner made the contretemps all that made more intriguing and thought provoking.

But the bigger deal for Nissan Motorsport is the disappointing results trend of late. None of the four cars really looked like front-runners in the Pirtek Enduro Cup and that trend continued in New Zealand.

One consistent shining light has been Michael Caruso’s form in the Nismo Nissan. He has been consistently at or near the top of the four Altima runners for a while now, validating Nissan Australia’s insistence that he be re-signed to a new deal as part of the extension of its factory backing.

Of course Nissan isn’t alone in its recent struggles. Brad Jones Racing had a second consecutive car-smashing off weekend in New Zealand, while the Holden Racing Team showed only flashes of decent form.

And the ninth item...

Scott Pye’s best-ever Supercars result was one we should all be happy about.

Another milestone for a bloke whose future in the category has spent too much time under a cloud. Hopefully that first win isn’t too far away.