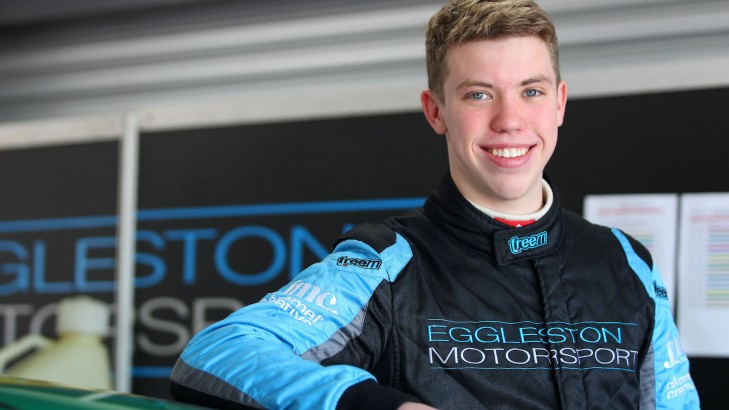 Eggleston Motorsport will expand to four cars for the final two rounds of this year's V8 Supercars Dunlop Series at Bathurst and Sydney Olympic Park.

He will have his first taste of his new Dunlop Series car at a team test session at Winton Motor Raceway this Wednesday.

The Bathurst and Sydney program is a prelude to next year where McAdam has confirmed a deal to drive in the 2016 Dunlop Series for Eggleston Motorsport.

McAdam has been impressive this year in an older model Commodore VZ run by EMS in the Kumho Series for ex-V8 Supercars and took a clean sweep in last weekend's round at Phillip Island to further extend his series lead with one round to go.

"I have fitted in really well with the Eggleston Motorsport team this year and I am stoked to be continuing on with them for 2016," Queenslander McAdam said.

"The Kumho Series has been a great apprenticeship and it was always our aim to move into the Dunlop Series, so it is an awesome feeling to have a deal done for 2016 and be able to get a head start for the final two rounds this year.

"I certainly don't underestimate the challenge ahead. Joining the V8 Supercars Dunlop Series will be a big step up but I feel that with my time so far in the Kumho Series and working with such a professional team will put me in good stead for a strong year in 2016."

He will drive chassis 888A-027 in the Dunlop Series, the same car used by Jamie Whincup/Steve Owen to finish second in the TeamVodafone form finish at Bathurst in 2010. 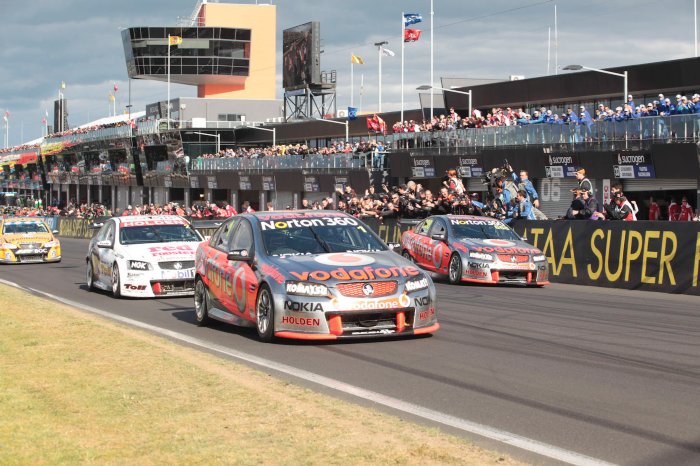 The car won the 2011 Dunlop Series with Triple Eight and Andrew Thompson and was runner-up in the series with Scott Pye in 2012. It was recently purchased from Western Australian Matt Hansen.

The sale re-unites it with the sister car that Craig Lowndes and Mark Skaife drove to a famous victory in the 1-2 at Bathurst, which is now raced by Dumbrell for EMS.

Eggleston Motorsport Team Manager Rachael Wagg says the Melbourne-based team is thrilled to have a driver progress up the V8 racing ladder from within its ranks.

"We have really enjoyed coaching Liam through the Kumho Series this year and are very excited for him to take the next step in his career," Wagg said.

"The idea behind our entry to the Kumho Series was always to create our own internal development program and its fantastic to see this come to fruition.

"The Kumho Series is the perfect place for young drivers to learn the ropes in a V8 before they take the leap to the Dunlop Series and is a path that our team actively encourages.

"Our goal is still to defend our Kumho Series title (EMS won the 2014 series with Justin Ruggier) but we are mindful of the jump to the Dunlop Series too.

"By putting together an extended program that commences at Bathurst it gives Liam the best chance of success for a full season program in 2016.

"Liam has proven his ability behind the wheel this year and we can't wait to see what he can do."

McAdam will compete alongside the team's existing drivers, Paul Dumbrell, Garry Jacobson and Ant Pedersen in a four-car squad in the final two rounds of the 2015 Dunlop Series.

McAdam will make his Dunlop Series debut at Bathurst on October 8-10 at Mount Panorama where the round features a 250-kilometre feature race on the Saturday afternoon of the Supercheap Auto Bathurst 1000.

He will compete in the final round of the Kumho Series at Sydney Motorsport Park on November 14-15 before his second Dunlop Series round at Sydney Olympic Park on December 4-6.