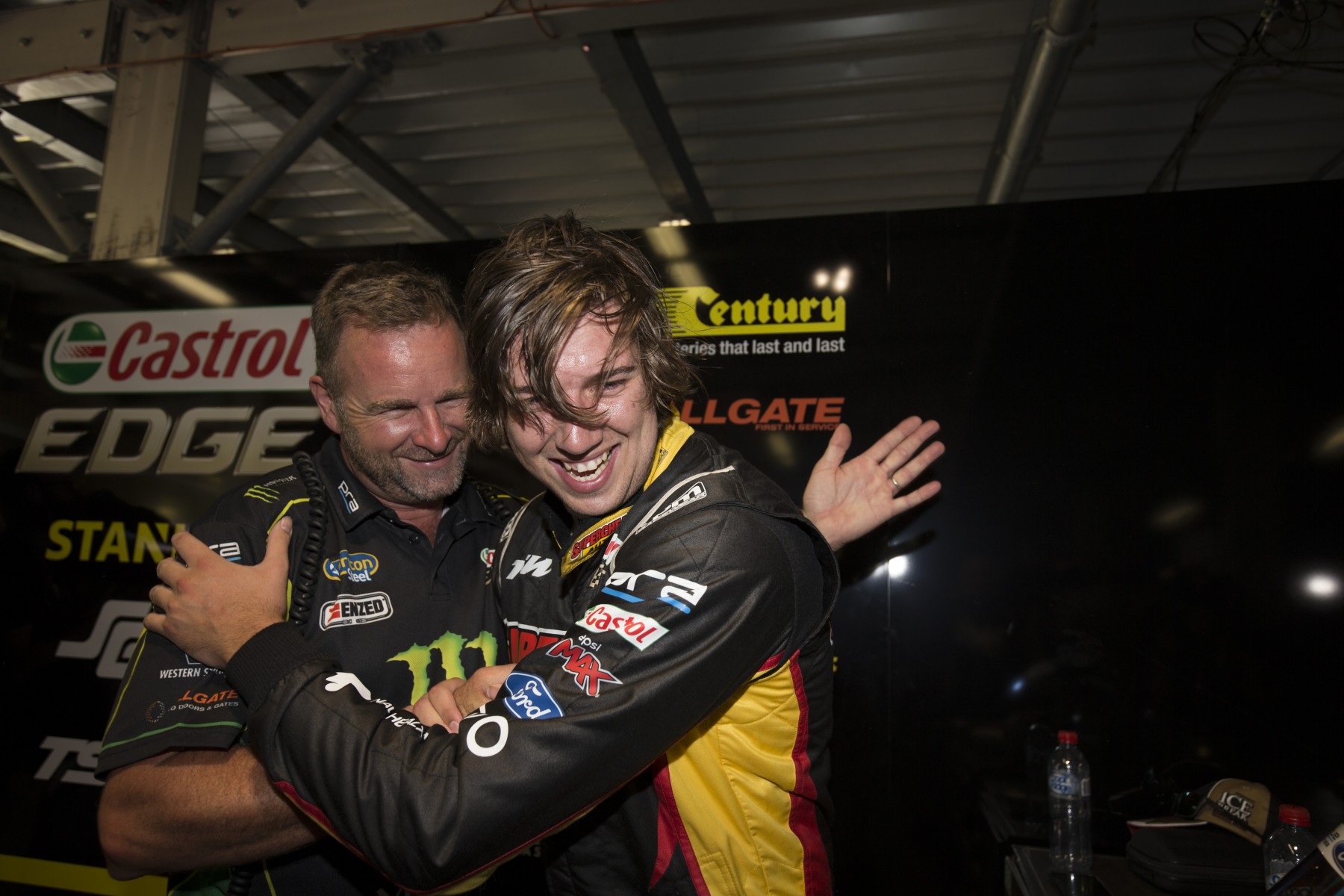 Chaz Mostert has just two races left to record a win for 2016 after returning from injury at the start of the season.

The 24-year old broke his leg and wrist, and suffered knee complications after a monstrous accident in qualifying at Bathurst last year and despite being a title contender had to sit out the remainder of 2015.

He astoundingly scored ARMOR ALL Pole Position at the Clipsal 500, his first Championship event of this season, but is yet to add to his career tally of eight wins after a harder than expected run back behind the wheel.

Mostert has found pace in the second half of the year, rocketing from 22nd after Clipsal to seventh now and just 149 points behind teammate and defending champion Mark Winterbottom.

Recognising the dominance of Triple Eight and the enormity of Mostert’s return, team boss Tim Edwards is not concerned and praised his young charge for finding consistency and speed while gelling with a new engineer.

If he was to record a win, it would be his first at the Sydney Olympic Park circuit.

“He has had lots of strong results, he just hasn’t got that win,” Edwards told supercars.com.

“Unfortunately that win has gotten harder for all of us at the moment with the dominance the two T8 cars have got.

“I’m more than happy with the way Chaz is going, he’s done a great job, we just have to improve our package, that’s our challenge for all our cars. As you know, our cars are not quite there.

“We don’t want to be best of the rest. It’s nice we got a win and a third on the weekend but our goal is to get wins like they are, and we have to improve our package to get there.”

Mostert looked set to take that first victory on Sunday at Winton, when the team ran the Supercheap Auto Falcon on an alternate strategy that had him in the box seat, before making unnecessary contact with James Courtney. Deemed a racing incident, there was no penalty but suffered a puncture and ultimately ended the day 20th.

Would having won that race, back in May, made it a very different year for Mostert?

“Maybe, but I don’t think it’s a lack of confidence or anything like that for Chaz – he’s doing a great job,” Edwards said.

“He’s been in it for probably the last four or five rounds –we had the mechanical issue on his car at Bathurst, but that aside, his pace has been pretty much top three pace since Sydney.

“I think it took him a bit of time at the start of the year, there were elements of him having to recover a little bit but also building that relationship with Brad [Wischusen, engineer] takes a little bit of time as well.

“For me, from mid-season, he hit his straps and hasn’t ever looked back.

“While he’s not winning races, between him and Frosty we’re as close to being the best of the rest so to speak – which is not where we want to be – but we know we’ve got to improve our car to give them the best shot to actually topple those two (Red Bulls).”

The team, formerly known as Ford Performance Racing, has taken one victory with Mark Winterbottom in 2011 and another with Will Davison in ‘12 at the Sydney Olympic Park circuit. Winterbottom clinched the championship there last year on Saturday.