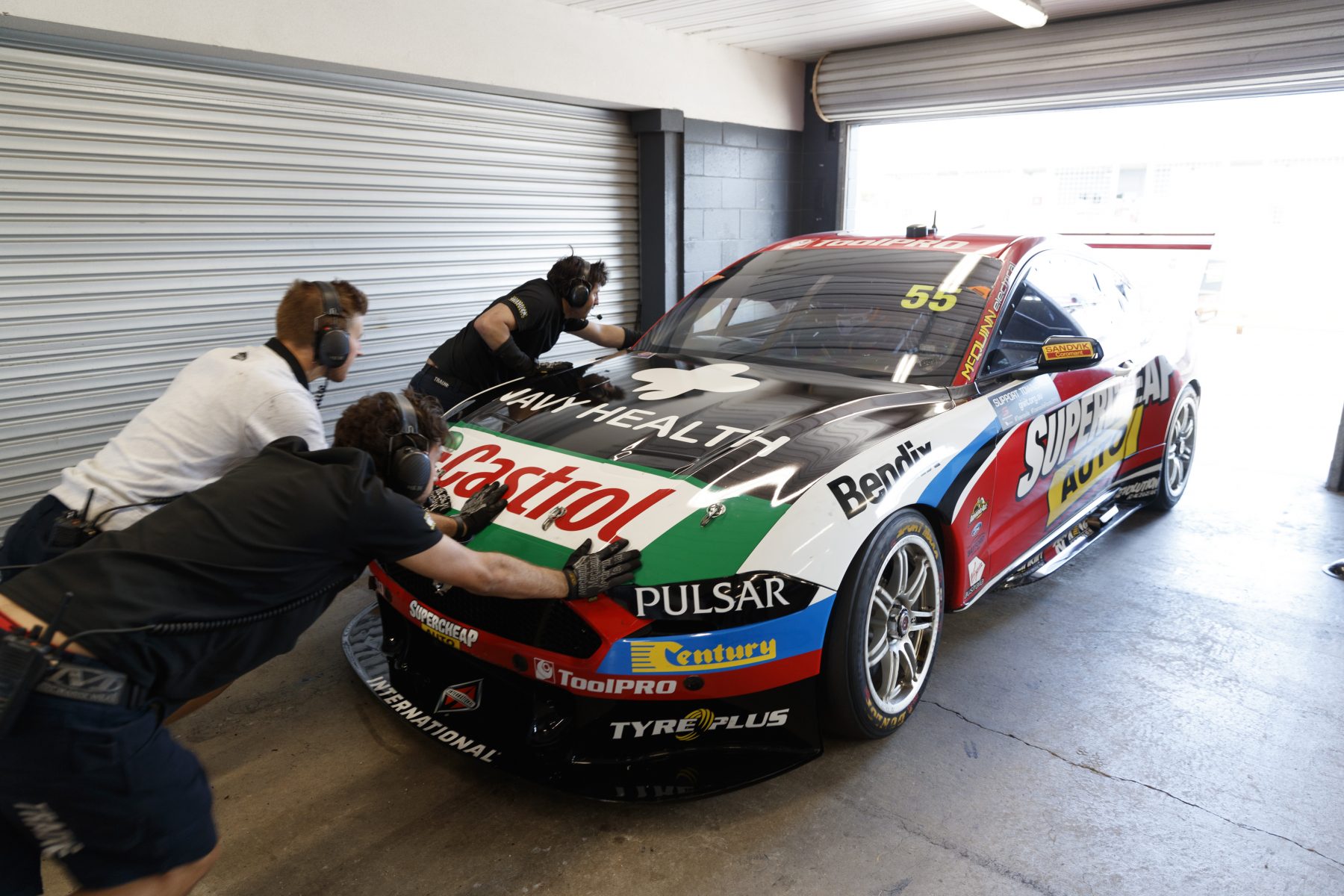 Tickford Racing boss Tim Edwards says the performance of the team’s new Mustangs at the Phillip Island test was just reward for a mammoth effort by the Melbourne-based squad.

In a build program Edwards says can only be compared to the Car of the Future’s introduction in 2013, Tickford burnt the midnight oil to get its Mustangs on track.

Tickford opted to convert four of its existing Falcons, stripping them back to a bare shell before rebuilding them with new Mustang-specific sheetmetal.

The last car was completed the day before the February 14 test, which all four finished inside a top 10 headed by the Monster Energy entry of Cameron Waters.

Despite not being afforded a pre-test shakedown due to not being new chassis, the cars performed without major fault throughout the day.

“The lights haven’t been turned off that often in the factory in the last couple of weeks,” Edwards told Supercars.com of the effort that went in ahead of the test.

“Up until two weeks [before the test], we had good momentum but you’re always waiting for different things.

“There’s still things being designed, there’s still moulds being made and stuff like that, it always comes down to the pointy end.

“They worked all weekend [prior to the test]... they’ve been eating dinner there most evenings for the last couple of weeks as well.

“For the cars to run as well as they did, it’s a credit to them, but also satisfying for everyone that we achieved that.

“It would have been disappointing to have wings or splitters fall off and have everyone frustrated going ‘why did I put all that effort in?’ That’s the main thing I’m pleased about.

“Lap times were just one of those things, it’s testing, people had different tyres at different times of the day, you try not to get excited about it, there’s no points or trophies.” 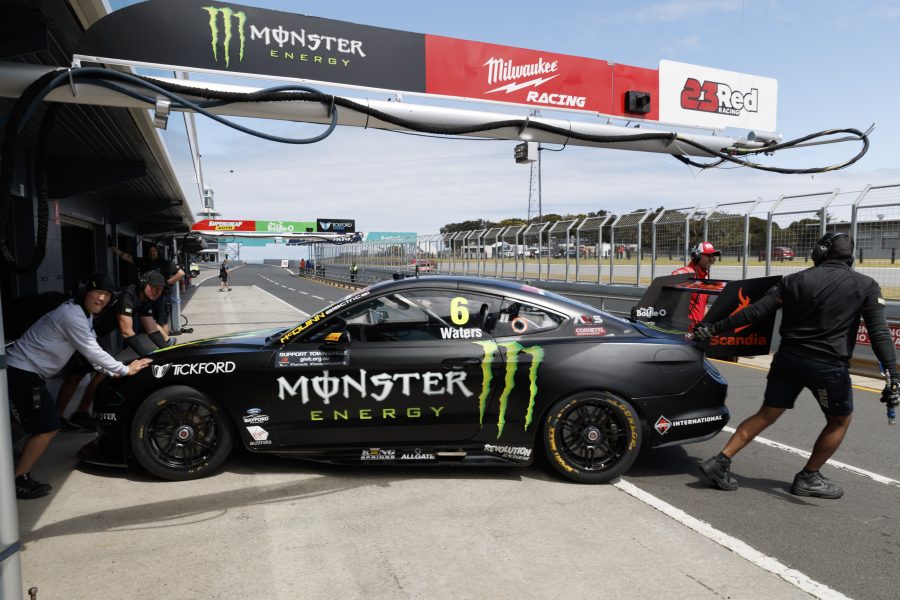 When asked about the biggest challenges of the build process, Edwards expanded on the tightness of the timeframe involved.

“The boot has been a bit of a challenge for us, that area of the car, the structure of it, but there were lots of things; there’s always the last trims and things like that,” he said.

“The reality is, The Bottle-O car was the last to come out of the paint shop, it was a shell about two weeks before the test.

“Manufacturing-wise, obviously the composite and fabrication guys got a good start at the back end of last year.

“But really build-wise and assembly-wise, that started the second-week of January when the guys came back from holidays.

“They pretty much stripped the cars before they went, we made them go away for three weeks to recharge, and from the point they came back, that’s when it ramped up. 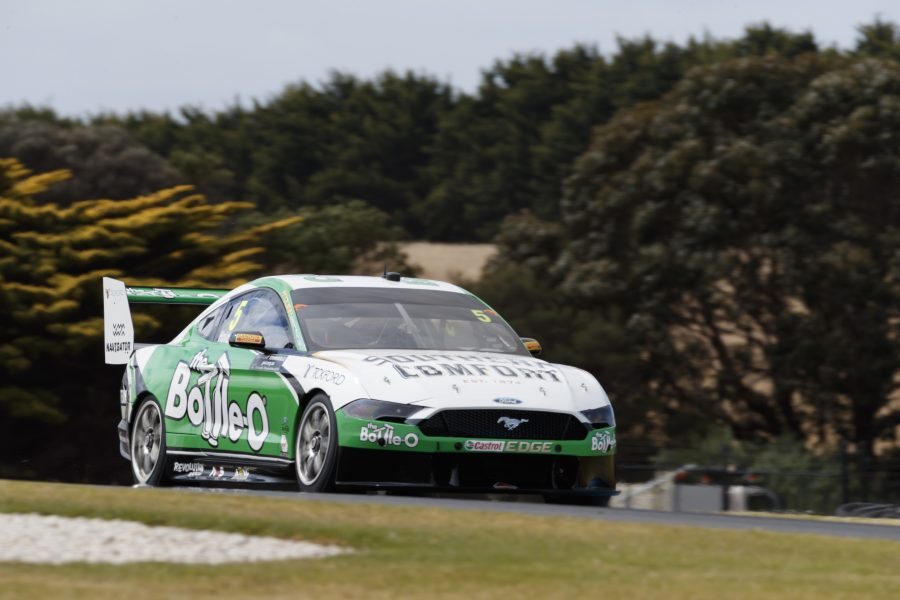 Now that the first four cars are up and running, Tickford will start work on turning its two partially-built new chassis into Mustang race cars, as well as converting 23Red’s spare car.

Although Tickford had a new chassis ready to receive its Mustang panels by midway through last year, the team opted to start 2019 with four converted cars.

“It was the fastest way to get the four cars on track,” Edwards explained.

“The first one (new chassis), we actually used as our datum car, because while we were racing in Newcastle, it had Mustang sheetmetal going on.

“We needed a bare roll-cage to do that work on anyway. Then we just parked it to do these.

“Now that we’ve got the cars up and running, the first of those shells will be finished off.”

Edwards expects the first of the new cars to be finished as early as April, but a final debut date, and which driver will receive it, is yet to be decided.