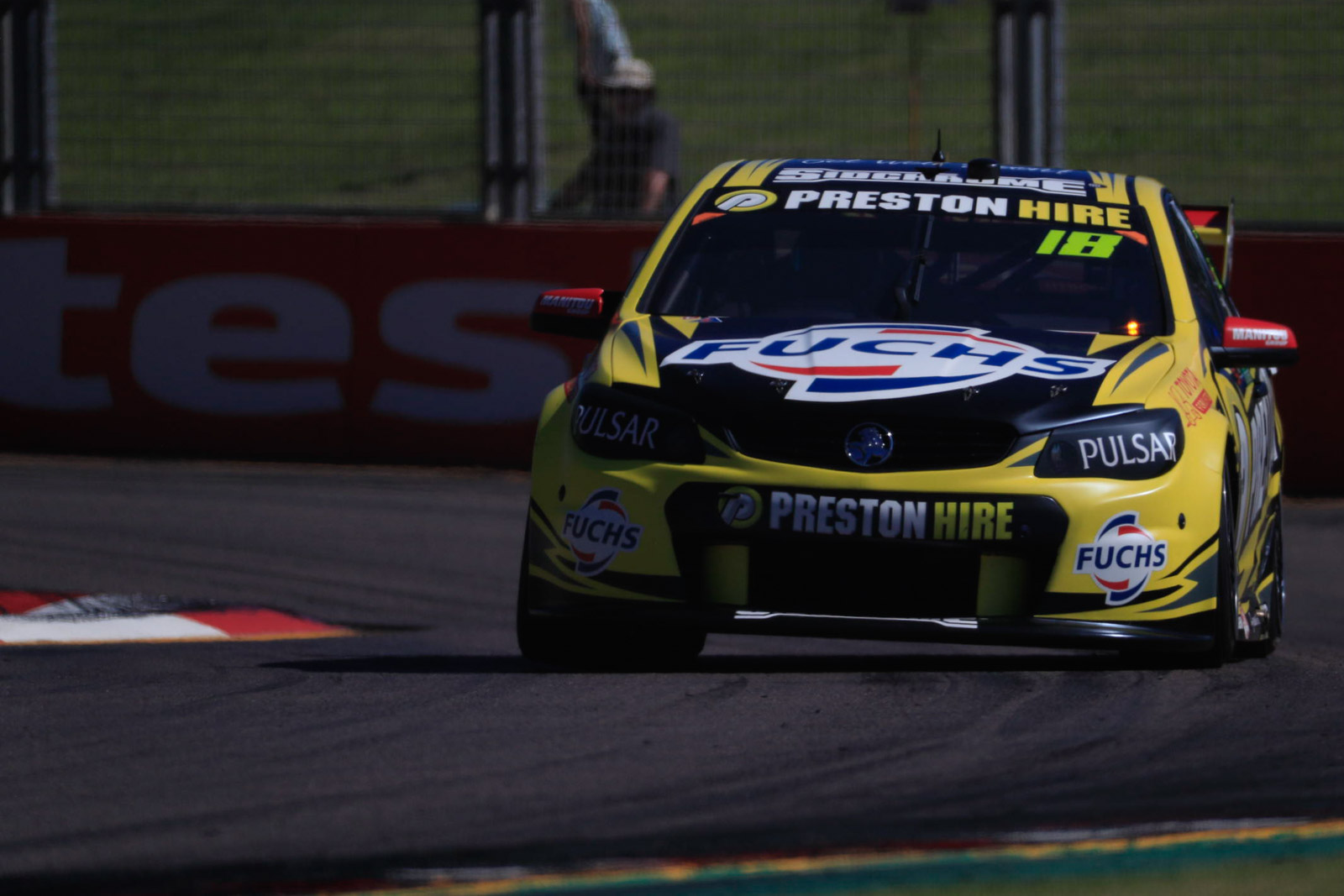 After his first ever run in the Virgin Australia Supercars Championship today, Kurt Kostecki feels settled in the Preston Hire Racing team.

The 18-year old Dunlop Series driver has stepped up to the main game with his own NewGen Supercar, to replace an injured Lee Holdsworth in Townsville this weekend.

After the second 40-minute practice session, the West Australian improved by nine-tenths of a second on his best P1 time, shifting up from 26th in the order after the first session, to 25th in his second run.

Kostecki is the fifth youngest driver to race a Supercar in the Championship Series, with Paul Dumbrell the youngest in history at just 16 years of age back in 1999.

“I’m feeling a lot less nervous than I was, it all feels more natural for me now,” Kostecki told supercars.com at the end of Friday.

“Going into the first session I was on edge a lot because I didn’t know what to expect, but now I’ve settled in. I’ve settled in with the team a lot better and settled into my car.

“We’ve moved the seat position a little bit to make it more comfortable for me for a longer race and by the end of the second session I felt much more at home inside the car.”

With no practice session tomorrow morning, Kostecki heads straight into qualifying, which regular driver Holdsworth says will be the biggest challenge of the weekend. On the Townsville street track, one wrong move could mean disaster.

Kostecki and engineer Jason Bush will review data from today and work on the young driver’s racing before the all-in 20-minute qualifying session.

“A lot of things I’m inducing myself – problems to the car which I can fix by tuning my driving,” Kostecki said.

“Lines, the way I’m taking the kerbs, things like that, are causing a few issues and I think as soon as I fix them up the time will just come.

“It’s not much – the car’s not far out of the window. As you can see the Triple Eight cars are on top of the board so our car, which is very similar to what they’ve got definitely has the potential.”

Jamie Whincup topped the day’s time in the second session, bouncing back after a tough run in P1 that saw him hit the wall and require a new front end on his red Bull Racing Commodore. His best time, a 1min12.5530, was 1.5795sec quicker than the debutant.

Kostecki seems to be taking it all in his stride and is focused on taking steps forward again tomorrow.

“We just want to keep moving forward, keep closing the gap to where we are to the front of the field, we did that from session one to two, so it’s good we made progress,” he said.

“We improved and that’s what we’re here for, we just want to keep leaning, keep improving and we’ll be much better by tomorrow.”

Holdsworth is home recovering from a fractured pelvis, knee and two ribs after his heavy accident in Darwin three weeks ago.