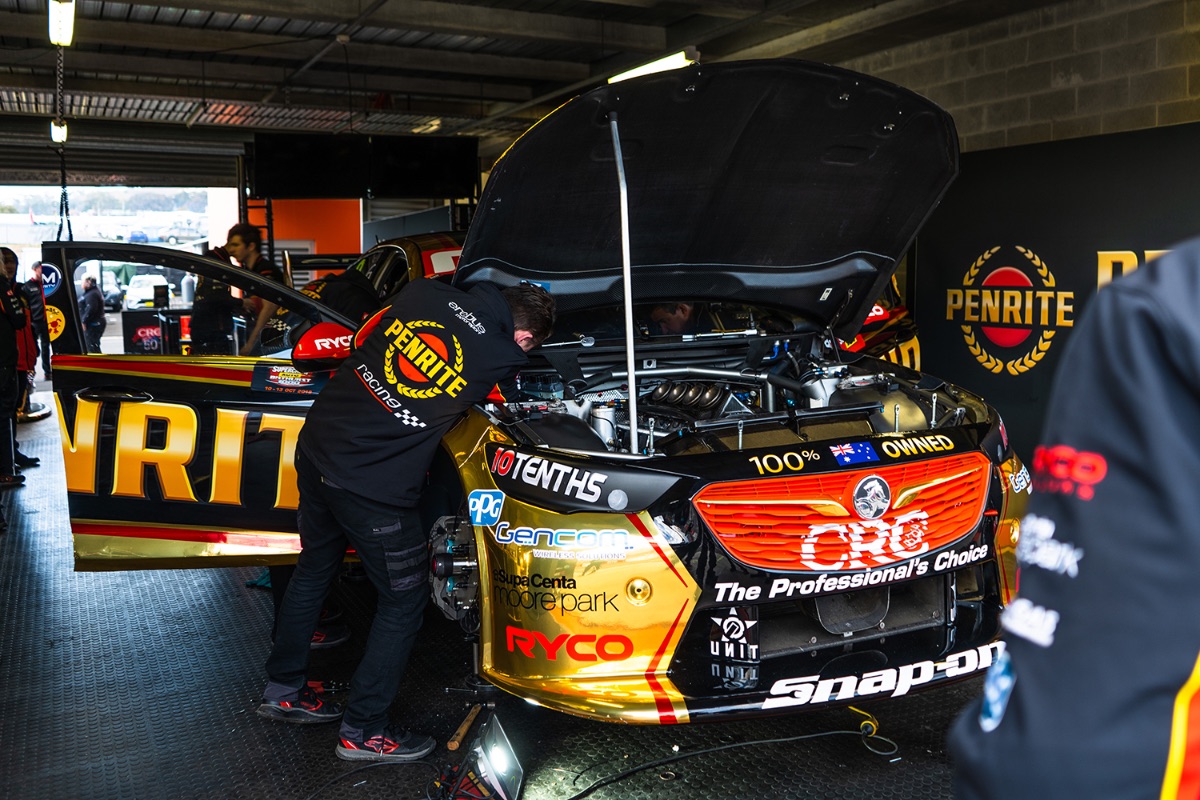 Luke Youlden will take part in this morning’s Practice 4 at the Supercheap Auto Bathurst 1000, after an overnight repair effort from Penrite Racing.

The #9 Commodore Youlden shares with David Reynolds was crashed heavily by Youlden in the co-driver Practice 2 session on Thursday.

While originally aiming to have the car fixed by Friday afternoon’s ARMOR ALL Qualifying, the repair has come together quicker than expected.

“Initially when we saw the damage, we doubted that we would be able to make it out again, but the more we worked on it we realised the main chassis rail was fairly straight and the safety structure wasn’t compromised,” Penrite Racing CEO Barry Ryan said.

“Everybody worked their arses off; minimal crew still haven’t been to bed yet but we managed everyone to ensure that we still had fresh crew for today.

“We have done a bit of extra work that we probably didn’t need to do; we could have done it good enough, but we wanted it to be perfect.”

The engine was fired up at 5:00am and usual procedures will take place this morning before it returns to the track for the 8:25am hitout.

“We just need a good check over the car with some fresh eyes and we’re back to normal,” Ryan said.

“We’d like to thank the teams that helped, or offered to help, particularly Penske and Tickford who gave us stuff to help us get the job done.”