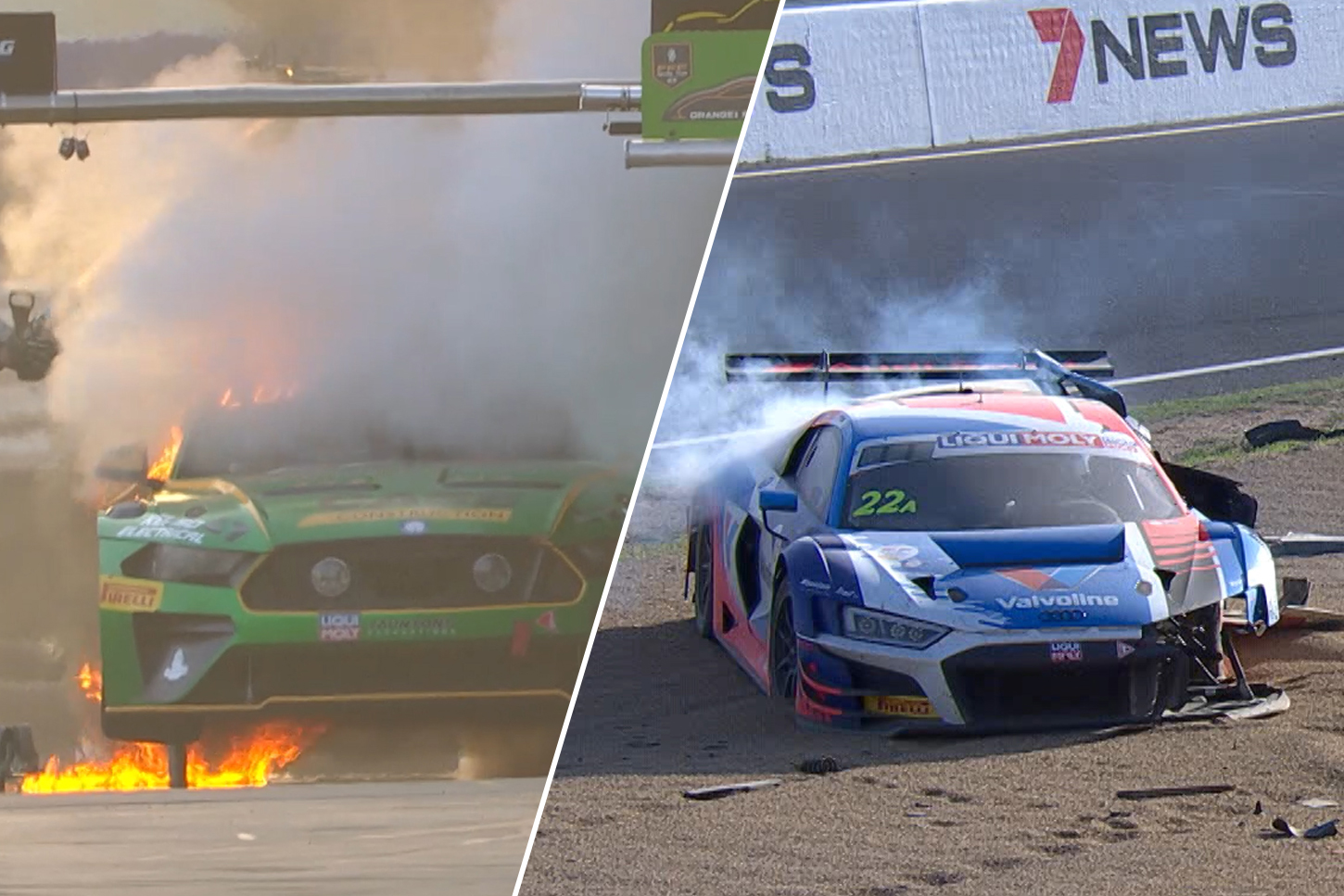 The GT3 cars of three familiar names from the PIRTEK Enduro Cup rounds have found trouble early in the Liqui-Moly Bathurst 12 Hour.

The #95 had completed 29 laps by that point, battling engine trouble that had brought it into the lane before a fuel leak sparked flames.

“We did our compulsory stop out in the lane, did fuel, and then we were about to bring it in to try to diagnose an engine problem and there was a fuel leak,” Luff explained.

Tony D’Alberto’s Lamborghini then crashed out at The Dipper on lap 44 with co-driver Julian Westwood at the wheel.

“It looked like he just clipped the inside wall there and it just fired him into the outside. It’s a really tricky part of the track,” said the Shell V-Power Racing co-driver.

“Jules has been going fantastic in the car so can’t blame him at all, but it puts an end to our day unfortunately.”

Of not getting to drive in the race, D’Alberto added: “It’s a real shame, you prepare yourself over Christmas to be fit and ready.

“We’ve been preparing since Suzuka last year, upgrading the car, Adrian [Deitz, car owner] and the team have done a great job.

“The car was really good, we were excited about our pace today, but that’s Bathurst for you. We’ll sit on the sidelines and watch the race.”

Garth Tander then suffered a huge impact at McPhillamy Park in the race’s third hour.

Tander lost control of the #22 Audi while trying to pass the sister #2 car of Dries Vanthoor that had run wide, spearing into the tyre barriers at high speed and triggering the latest Safety Car.

“It just happened so quick up there, the cars are so fast across the top of the Mountain,” said Tander.

“Dries was quite wide and it was probably only half a car length narrow and it completely changes the hump effectively.

"The cars have been nervous there all week anyway and she just swapped ends on me.

“I’m all good, I’m just really disappointed for the team, I think we had a really strong car and it’s a shame to be out so early.”

Two other Supercars names, Tim Slade and Anton De Pasquale, are both absent from today’s race after crashes for their co-drivers on Saturday.

Dean Canto’s Lamborghini was however repaired following his qualifying crash, which ended atop the wall at McPhillamy Park.

Super2 youngster Kurt Kostecki is also steering his #96 Nissan with front-right damage sustained in the opening laps of the 12 Hour race.