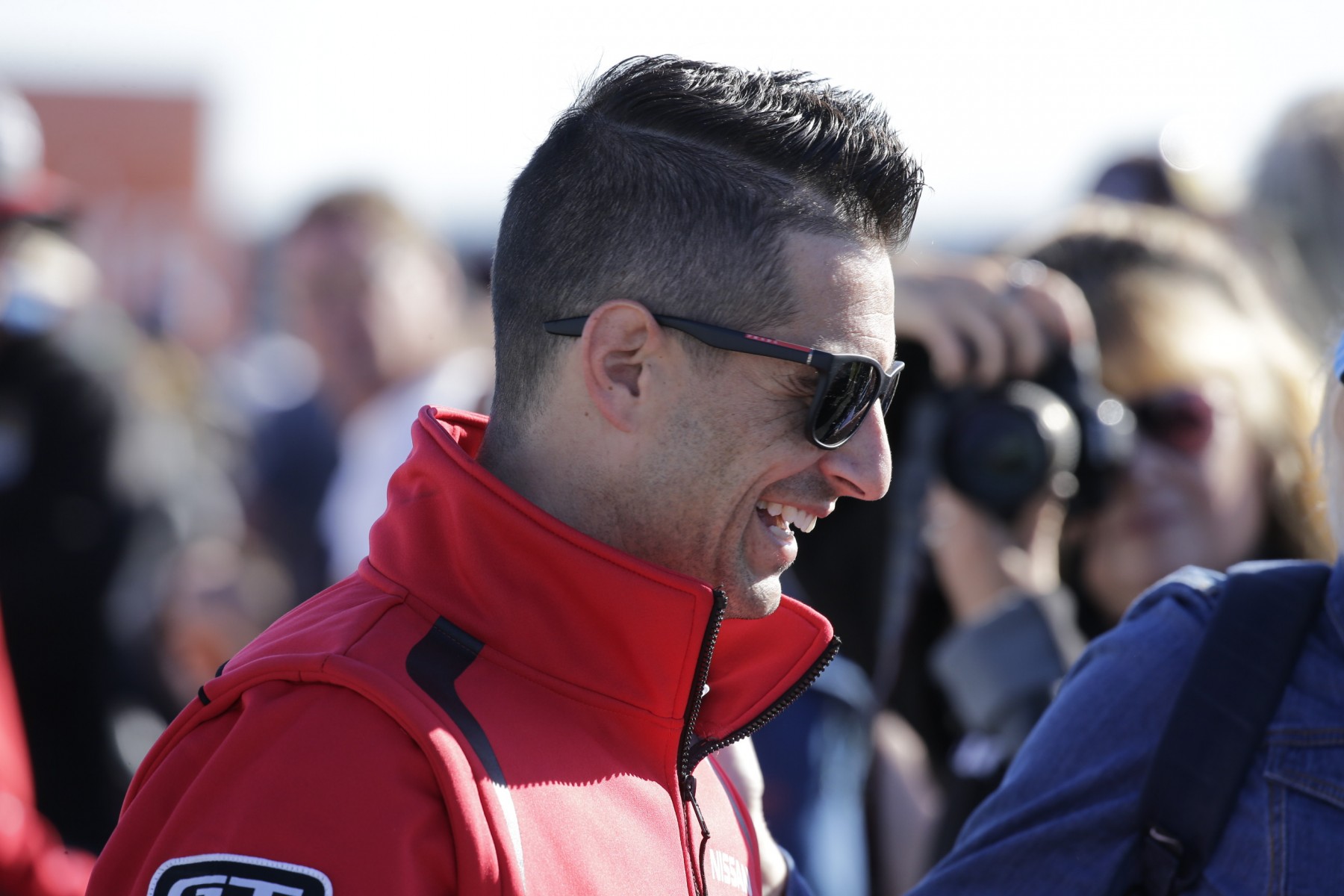 While driver movement speculation has been well and truly underway for some weeks, most of it has focused on Caruso’s good mate and rising superstar Scott McLaughlin and whether he will stay at Garry Rogers Motorsport.

There has also been chat about the future of Holden Racing Team duo James Courtney and Garth Tander, but little discussion about Caruso who is in his fourth year driving Nissan Altimas for the Kelly family-owned team.

And he says that’s just fine.

“I think there are other things still to play out in the background in the category and so forth before making a decision on what to do for 2017 and beyond.

“For me it’s just focusing on what is the most important thing at the moment and that is getting results with Nissan and putting ourselves in a good position.”

Nissan, along with Holden and Volvo, is yet to announce if it will continue in the category beyond 2016, although all three manufacturers have indicated a return is likely.

A Nissan decision has blown out to June, but Caruso says he and the team remain upbeat about a continuing deal.

“I think it is important for the category that Nissan stay on and not just for us as a group.

“Everyone is just going about their job and no-one has really said anything to me about it in the team. But when the decision is made everyone will be made aware pretty much straight away.”

Caruso has been a stalwart of the Nissan program, finishing top Altima in the drivers’ championship in 10th in 2014 and second behind Rick Kelly (ninth) in 12th place in 2015 despite a horror start to the season at the Clipsal 500 where he was briefly in negative points.

This year he led the drivers’ championship after the Clipsal 500 and currently runs seventh, turning around a disappointing 21-11 weekend at the Tyrepower Tasmania SuperSprint in Tasmania to go 13-6 at the WD-40 Phillip Island SuperSprint, despite an engine mapping issue on Saturday that bogged his car down off the line and dropped him back into the pack after qualifying sixth. On Sunday he went the other way after qualifying 10th.

“To be able to do that proves we do have the speed and it has helped us with the championship as well,” Caruso said. “We have got to keep those points ticking over.

“Thinking about where you are going to finish (in the championship) isn’t the idea at the moment. It’s all about picking up as many points as we can and coming out of a weekend happy with your achievements and that means as many points as you could have got as a group.”

The Nissans are clearly benefitting from the much chronicled engine development work that kicked into high gear with a new cylinder head late last year. Caruso now believes the 5.0-litre version of the VK56DE engine is offering good competitiveness, allowing the Nissan drivers to have a better shot at top results.

“I think we have showed we now have enough speed,” he said.

Barbagallo will present a real litmus test for where the Nissans are at. The long pull out of the bowl and up and over the hill on the back straight has never helped them qualify, but the high degradation surface has aided their march forward in longer races as other cars start to struggle for grip.

With a stronger engine to help conquer the hill, Caruso is hoping a better grid position will put him in with a shot at really strong results in the 120km Saturday and 200km Sunday races.

“I think we are definitely in a better spot this year than we have been,” he said. “It’s always hard to know where we are going to be. We always seem to have good race pace over there, but qualifying seems to be the hurdle.

“At a track like that the better you qualify it makes your life so much easier because it’s such a short track and short lap. So there’s limited opportunity to pass. It will be interesting because if we can improve in that (qualifying) then it’s pointing towards an overall improved package.”