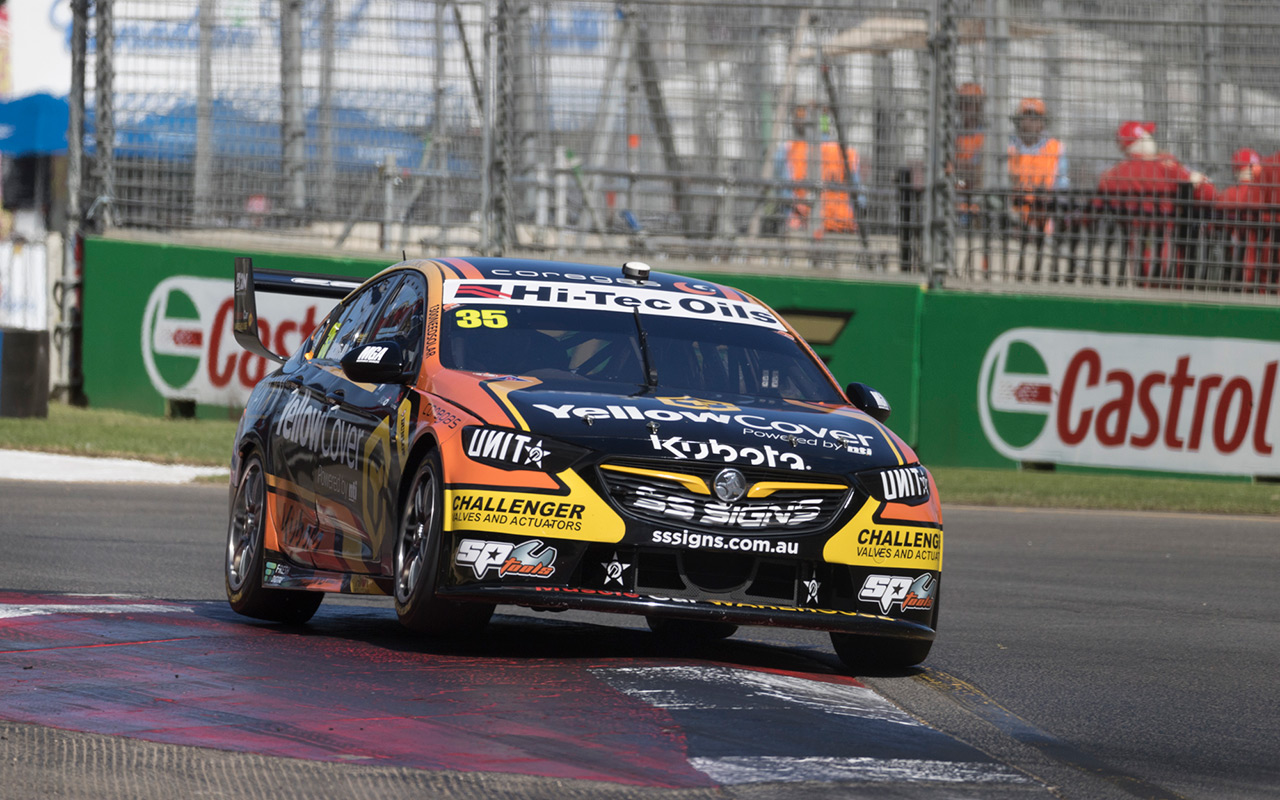 Matt Stone Racing have been thrown a couple of curveballs ahead of its maiden appearance as a two-car outfit, including health battles for driver Garry Jacobson.

The #35 Holden driver has been under the weather throughout the Superloop Adelaide 500 to date and is set to undergo minor foot surgery next week to address a long-standing niggle.

“I think he’s had an issue for a while,” team boss Matt Stone told Supercars.com.

“There’s nothing major but it’s just one of those things where they’ll get on top of it so it doesn’t keep recurring and do it as soon as he gets back so that he’s got plenty of recovery time for the AGP [Beaurepaires Melbourne 400 next month].”

“We found a bit of metal in the filter, we’re pretty confident we know what’s causing it,” Stone said of the #34 engine change.

“It’s a quick fix for the KRE guys back in the workshop but at the race track you put the spare in and don’t take any chances.

“So we got that done relatively easily last night and we had a little bit of a follow-up issue develop on Garry’s car left over from the crash on Thursday, which we found last night and we tuned up just to hopefully make that a bit more stable today.”

Goddard in particular has shown solid pace in his first ever Supercars sessions, finishing in the top 20 in both Practice 2 and 3.

“We’re very happy with Zane. He has adapted very quickly; we thought he would,” Stone said.

“He’s got that experience on the hard tyre here from last year (in Dunlop Super2) so it appears to be paying off.”

Jacobson’s pace meanwhile is hoped to return to Thursday levels, when he was within a half-second of the top 10, after the overnight repair works.

All 24 cars will hit the track for ARMOR ALL Qualifying, following repairs to Scott Pye’s DEWALT Racing entry overnight.