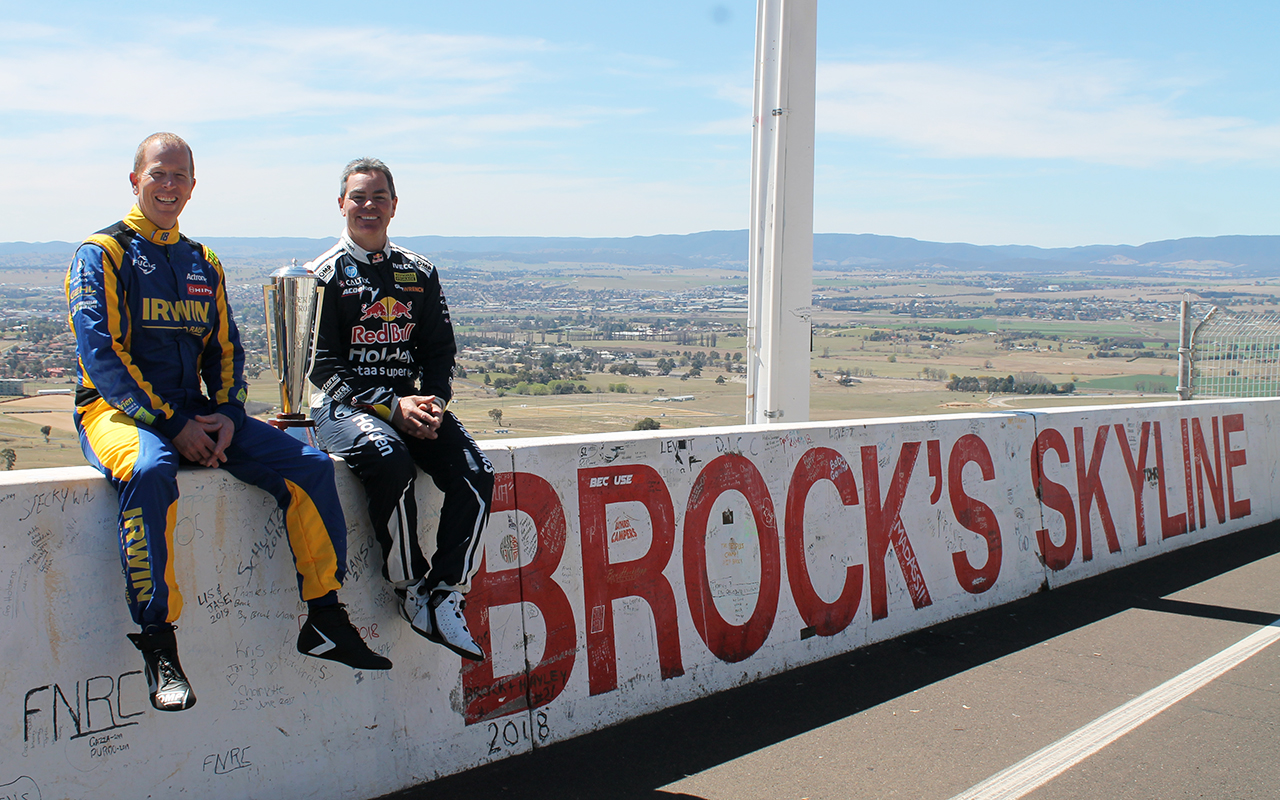 Reigning Bathurst winners Craig Lowndes and Steven Richards have made an early return to Mount Panorama ahead of next month’s Supercheap Auto Bathurst 1000.

The two veterans were back at Bathurst as rivals today, undertaking a media visit ahead of the October 10-13 event.

After five years paired together at Triple Eight, which included wins in 2015 and ’18, both are rekindling other Great Race-winning partnerships this year.

Lowndes remains at Triple Eight to co-drive with Jamie Whincup, with whom he won in 2006, ’07 and ’08, while Richards joins Mark Winterbottom at IRWIN Racing.

Richards and Winterbottom paired together six times between 2007 and ’13 while at Ford Performance Racing, taking the Peter Brock Trophy at their last attempt.

“It’s a bit different standing here, he’s in his colours and I’m in mine,” said Lowndes, who took the opportunity to inspect the circuit for any minor changes since February’s 12 Hour.

“It’s nice to be here to have a sort of a warm-up before you come back for the week of Bathurst.

“The town multiplies by five, it’s quite incredible standing around here knowing the area behind us is going to be filled with campsites and everything else.”

Lowndes is shooting for an eighth Bathurst win, which would draw him within one of mentor Brock’s record.

Richards, the son of another seven-time winner Jim, has five victories of his own, achieved with four different teams.

While the Whincup/Lowndes combination will be among the race’s favourites, Winterbottom and Richards are by their own admission more of a ‘dark horse’. 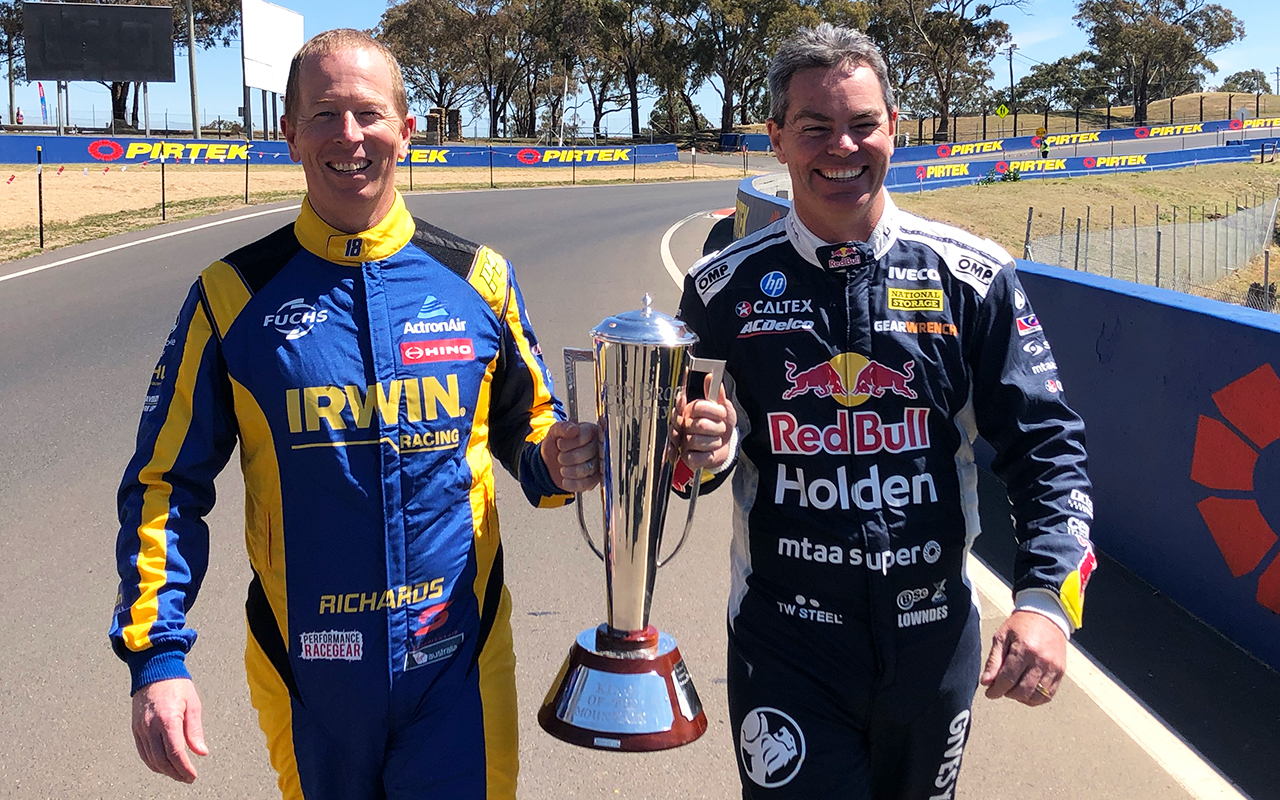 “It’s different every year, I never come here with any preconceived ideas of what the race is going to be,” said Richards.

“I’ve got some fantastic memories here with Craig, on-track antics but also off-track, so I’m looking forward to writing another personal piece of history for myself and Frosty.

“The competition is better than it’s ever been, it’s going to be a hard race to get to the top of, but the IRWIN Racing guys are really looking forward to it.”

Lowndes and Richards are the two most experienced drivers in the Bathurst field, lining up for Great Race start number 26 and 27 respectively this year.