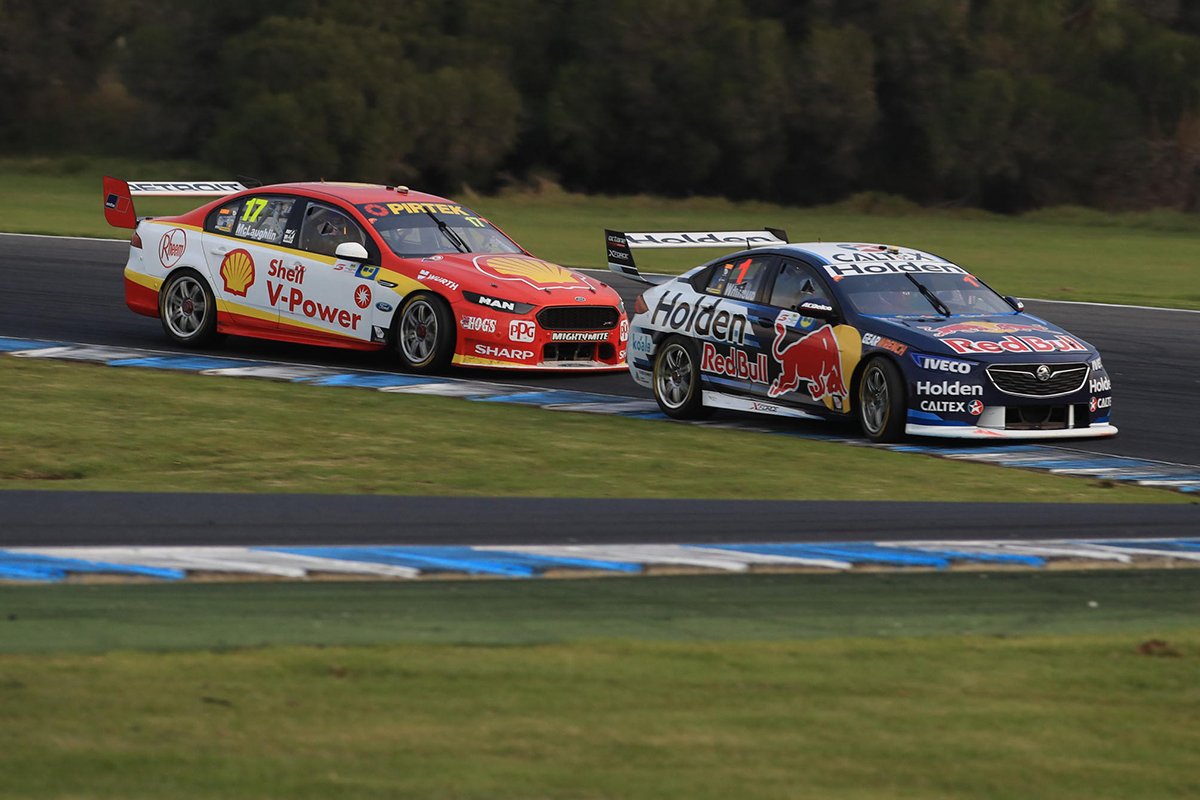 The ZB-model Holden’s debut in Adelaide was met by grumbling from rivals that a widespread use of composite parts had given it a leg-up.

Ford and Nissan teams subsequently homologated lighter, composite panels for their own cars ahead of the second event, held at Albert Park.

Despite this, the new Holdens kept on winning, taking out seven of the first eight races, spread between three different teams.

McLaughlin was a full 0.5466 seconds clear of the nearest Holden – Jamie Whincup – in Saturday qualifying, and 0.4014s up on second-placed David Reynolds on Sunday.

While Dutton admitted his team struggled to fine-tune its cars at the Island, he said the results should also put the parity debate to rest.

All three manufacturers shared the podium in both races, with Nissan Motorsport returning to form through Rick Kelly, second on Saturday and third on Sunday.

“We knew the whole time that it [the ZB] didn’t have an advantage. All the bodywork and all that, it was all smoke and mirrors, it was all rubbish,” Dutton said.

“But other teams, that’s their job to play on things and ride a bit of hype to get some things through for their cars. The Fords and Nissans played that game really well.

“Because we had the data on the old car and the new car, we knew there was no advantage, there were no parity issues, and this weekend reiterated that to everyone.

“The time difference from McLaughlin to these cars, you can’t say ‘I missed it by that much’. We’ve got some homework to do.” 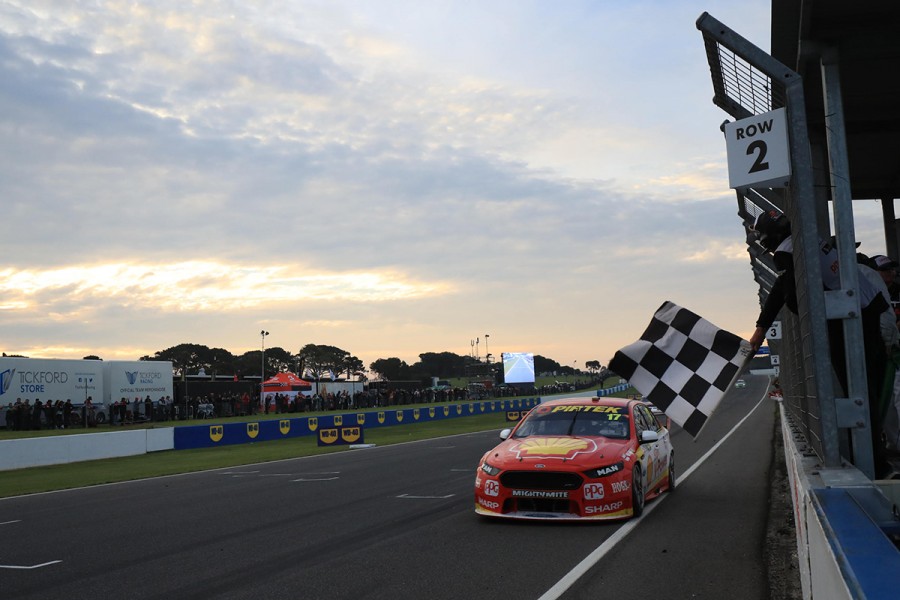 Parity was brought up during an at times light-hearted press conference on Sunday involving McLaughlin, Reynolds and Kelly.

McLaughlin had noted Whincup’s impressive top-end speed on the main straight on Saturday, after the Ford had been unable to keep up, even in the slipstream.

Supercars’ homologation testing, undertaken for the ZB last December, seeks to balance the cars for overall downforce and drag.

They can, however, be fine-tuned through set-up changes, with teams able to trade-off downforce and drag through a prescribed number of rear-wing settings.

Asked by Supercars.com whether he’d ever doubted the Falcon was up to the job this year against the ZB, McLaughlin chose his words carefully.

This season marks the fourth and last for the FG X, before the Mustang is introduced for 2019.

“There’s obviously been tracks where it’s very strong and where it’s not,” McLaughlin said of the Commodore.

“We knew that we were very strong this weekend, we knew we had to capitalise.

“There were still areas of the track where it was obvious on TV that the ZB is faster.” 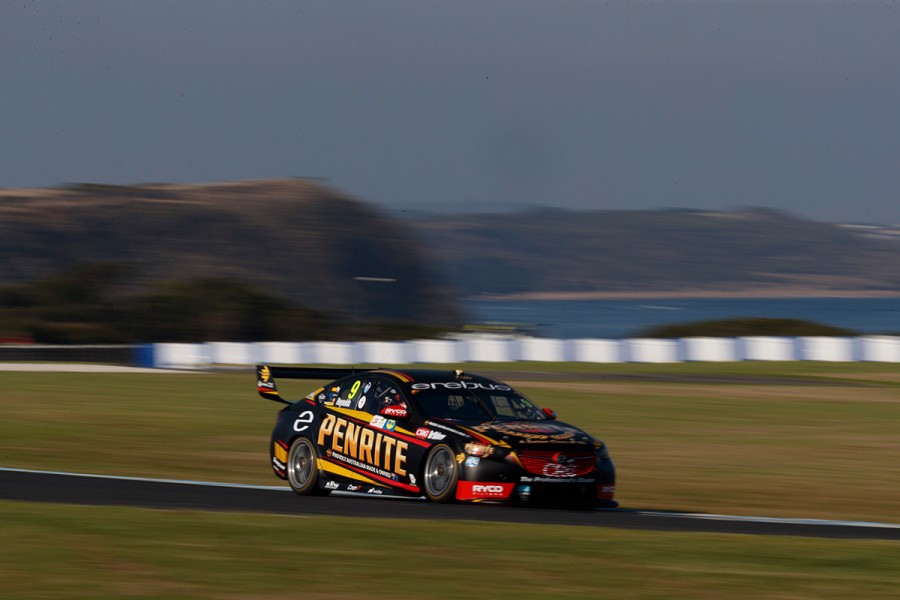 Reynolds mused in Sunday’s press conference that the parity debate “is the same old story in motorsport.

“Everyone in front of me cheats and everyone behind me can’t drive for shit.”

While the comments drew laughs and banter between the drivers, Reynolds later told Supercars.com that his witty one-liner had a serious edge.

“No-one can admit that some people are just doing a better job,” he said.

“Like I said up there, everyone in front of me cheats, that’s just the easy box to tick; they’re cheating, must be.

“It’s just motorsport, it’s how it is. It’s been like that my whole life, our whole life. No-one can just admit, ‘yeah, they’re doing a good job’.”