Dutton: Newcastle track has ‘a bit of everything’

Red Bull Holden Racing Team manager Mark Dutton says the layout for Supercars’ newest street circuit in Newcastle has “a bit of everything”.

Dutton visited Newcastle on Thursday, two weeks out from the maiden Coates Hire Newcastle 500 that will decide the 2017 championship.

Newcastle joins Adelaide, Townsville and the Gold Coast as street circuits on the calendar, and during his initial visit, Dutton said the 2.6km addition is not directly like any of the others.

“I had a look at some of the kerbs on pit entry, they look like the drivers will want to monster them.

“If the rest of the kerbs are like that, there’ll be some pretty spectacular shots.

“What I haven’t seen yet, which will be interesting, is how tight some of the 90 degrees are.

“It is a street circuit, it is going around buildings. It’ll be challenging, I think, the elevation change looks spectacular.

“I think it’s going to be such a fitting grand finale.” 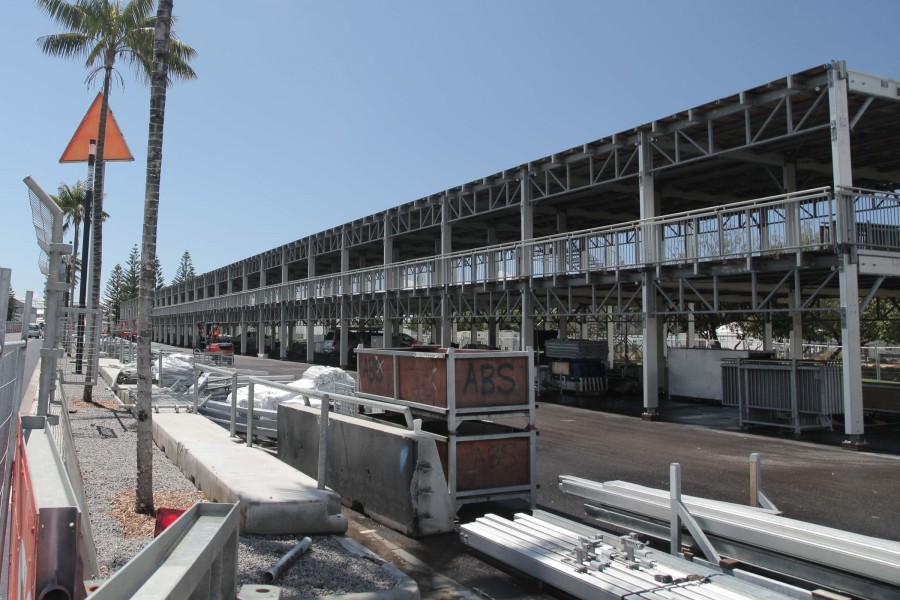 Dutton said he mainly visited Newcastle “for logistics”, and was impressed by the attention to detail in what will be the primary working area for teams.

On the Gold Coast last month, Brad Jones Racing’s Tim Slade/Andre Heimgartner Commodore lost the lead in the Saturday race when an airjack deployed into a divot in pitlane and caused a slower stop.

The following day, Prodrive Racing Australia drivers had to save fuel when the slope of the lane meant its Falcons weren’t fully filled.

“They’ve put new tarmac through for the pits, so it’ll be nice and level when we’re setting up our patches.

“Pitlane width seems to be wide enough, seems to be consistent so everyone’s got the same consistency. They've done a fantastic job.”