The V8 Supercars Dunlop Series will celebrate a significant milestone next week at the Perth SuperSprint at Barbagallo Raceway on May 1-3 - its 100th series round.

Now in its 16th season, the series was created in 2000 in response to the boom in V8 Supercar grid sizes of the late 1990s and as a means of providing privateer entrants and drivers a place to race.

Not only has it provided a platform for young drivers to show their wares in V8 Supercars, it's also helped hone and develop the skills of young managers, engineers and mechanics.

It has also been a place where established endurance drivers can keep their skills sharp and, in doing so, provide a solid reference for young drivers pitted against them to compare themselves with.

Given the rules do not permit newly built cars to compete in the Dunlop Series, the field is made up of V8 Supercars sold by Championship teams, as they re-invest to build themselves build new cars for the Championship.

While this season the category is restricted to Commodores and Falcons, with the field opening up to new generation cars from 2016, there's the chance of exciting new additions to the field. As announced yesterday, teams that purchase a new gen car soon will be eligible for entry as a wild card into this year's Bathurst 1000 race. 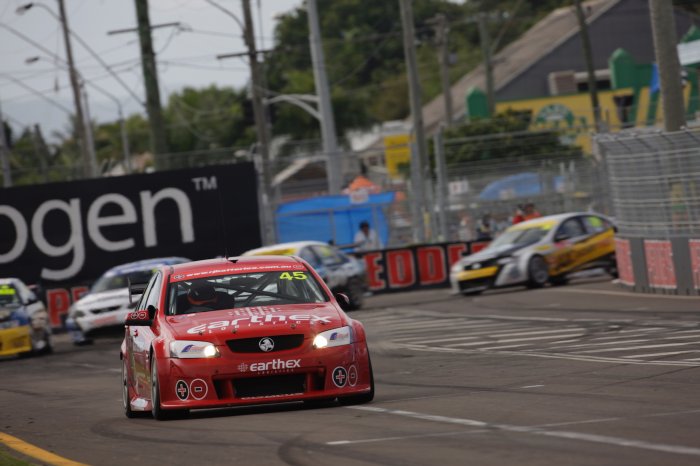 Initially known as the Konica V8 Lites Series when it was created, the series has been known by a range of titles over the years, including the Konica and later Konica Minolta V8 Supercar Series, the HPDC Series, Fujitsu Series and, since 2011 the Dunlop Series.

In its early years the rounds of the then-Konica Series were stand-alone race meetings, separate from the V8 Supercars Championship events.

The first three seasons of Dunlop Series racing between 2000 and 2002 were made up entirely of stand-alone rounds before the Dunlop Series made its first appearance as a support category to V8 Supercars at the 2003 Clipsal 500.

The inaugural Dunlop Series season in 2000 featured five rounds before an expansion to six in 2001. It was trimmed back to five in 2002, returned to six in 2003 and expanded to seven in 2005 - a number it has retained ever since.

For the first four years (2001 to 2004), a non-championship race was also held on the Saturday afternoon at the Bathurst 1000 - these races were not part of the pointscores in those years and thus are not counted as part of the 100 rounds. 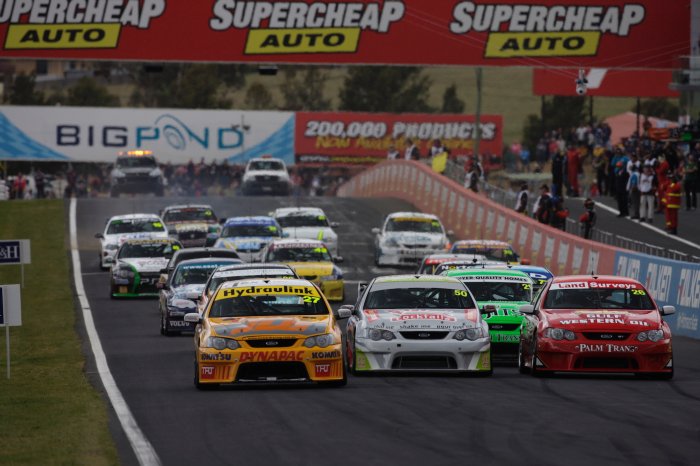 The series has also seen its fair share of reverse grid races. Introduced in 2001 as a reverse top 10 for the second race, the format has created both action and some chaos over the journey.

Full reverse grid races featured over four seasons between 2003 and 2006.

The Dunlop Series can also lay claim to a piece of V8 Supercar history that its big brother V8SC cannot - a female podium finisher. Leanne Tander - then Leanne Ferrier - recorded a podium finish in the opening round in 2001 at Wakefield Park for Garry Rogers Motorsport.

A total of 256 individual races have been held across the 99 Dunlop Series rounds held so far with three drivers in particular featuring prominently in all areas of achievement in the series.

Three drivers - inaugural champion Dean Canto, Steve Owen and Paul Dumbrell - are the only pilots to have won the Dunlop Series twice, with Dumbrell aiming for a record third this season. 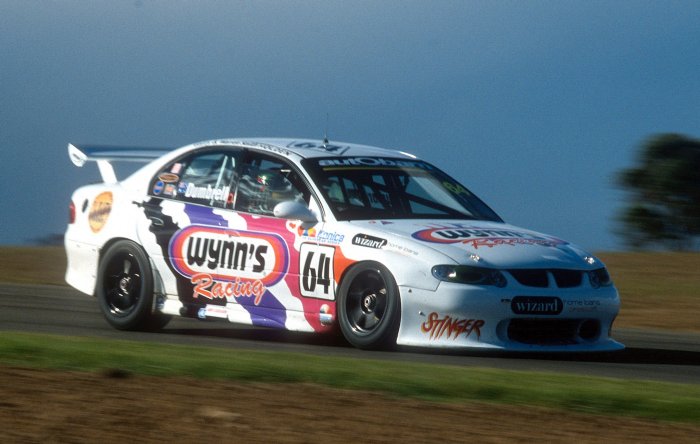 Owen holds the record for most round wins - 10 - with Canto and Dumbrell tied for second with nine.

All up, 34 different drivers have won Dunlop Series rounds, including 11 current full-time V8Supercarsdrivers and 11 more that will be in action later this year as co-drivers in the Pirtek Enduro Cup races.

Dumbrell's win in Race 2 in this year's opening round in Adelaide moved him to 22 race wins - one more than Canto and Owen in the series' record books.

He has a long way to go though in order to beat his record of 12 race wins from 15 races in his 2002 title-winning season!

While Dumbrell, Owen and Canto may dominate the areas of wins, poles and podiums, none of them can lay a glove on Sydney privateer Aaron McGill in the area of round starts. 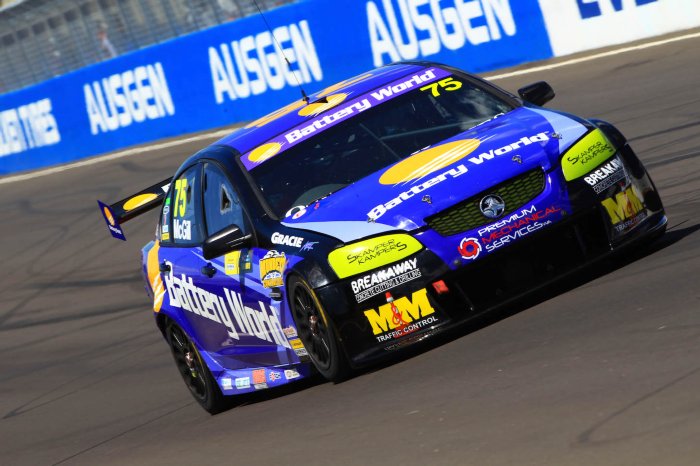 The oldest man in the field having recently turned 52, the Commodore pilot has competed in 70 of the 99 rounds held, beginning when he made his debut at Winton in 2001.

Perth will mark his 71st round start on a special weekend for the category that has helped provide an unprecedented platform for aspiring V8 Supercars champions, both behind the wheel and in the garage.

A total of 26 cars have entered for the special celebration 100th Dunlop Series round at Barbagallo Raceway in Perth on May 1-3.

Ambrose: "I offered to drive"

No chassis change for Shane