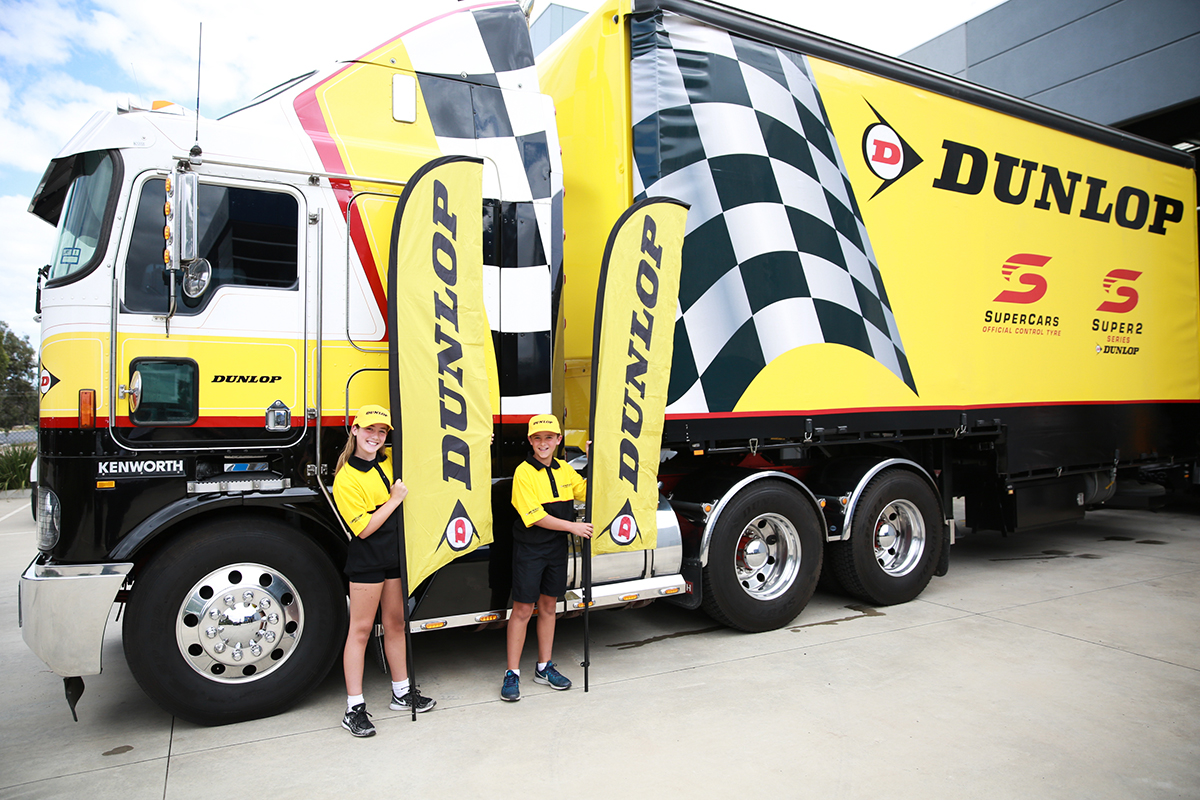 In a first for the Virgin Australia Supercars Championship, Dunlop will launch its innovative Grid Kids program at the 2019 Superloop Adelaide 500.

Dunlop Grid Kids will give selected young motorsport fans a once-in-a-lifetime opportunity to represent Dunlop as brand ambassadors, giving them a Supercars experience they will never forget.

Dunlop has been the official control tyre of Supercars for 18 years and has sponsored the Dunlop Super2 Series since 2012.

It will work with Karting Australia to offer boys and girls aged 12-16 the chance to represent Dunlop as brand ambassadors at the seven rounds of this year's Dunlop Super2 Series.

The selected young karting and motorsport enthusiasts will have exclusive behind the scenes access to the Supercars paddock and be amongst the action with drivers and teams.

Come race time, the Dunlop Grid Kids will proudly represent Dunlop on the starting grid and at the Dunlop Super2 podium presentations.

"We are excited to be leading the way by creating amazing experiences for Dunlop Grid Kids.

"Dunlop’s program is a fantastic chance to provide the future talent of motorsport a glimpse into the Supercars paddock where they can mingle with their heroes."

Supercars General Manager Commercial Jamie Black is thrilled Dunlop is leading the charge and committing to the family friendly celebration that is the Supercars Championship.

"Many of these Grid Kids will have experienced the thrill of the track through their local karting clubs, so to give them an experience like this on the starting grid at our events will be something they will never forget," Black said.