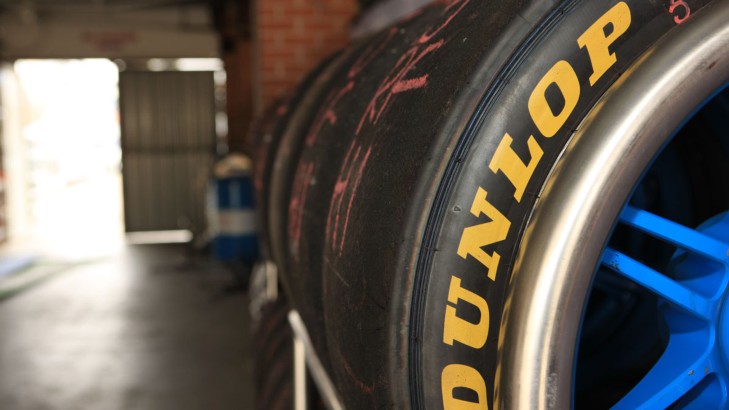 DUNLOP Tyres have celebrated their own end of an era, with the 17-inch control tyres used for the final time at the Sydney Telstra 500.

New 18-inch Dunlop Sport Maxx control tyres have been developed for use on the Car of the Future in 2013.

A total of 116,672 of the 17-inch Dunlops have been provided to teams since 2002 when the tyre giant took over as the control tyre supplier.

Since the announcement of the Car of the Future program, Dunlop has been working on developing its new 18-inch Sport Maxx control tyres which will be used by all teams in the championship in 2013.

“The Car of the Future program has been an exciting project to work across,” says Fitzsimons.

“We’ve been working closely with the V8 Supercars to ensure that the new 18-inch tyres meet the required performance specifications, and we’re excited to unveil them to the teams.

“With new manufacturers entering the fold, as well as the Car of the Future and the new tyres, it’s going to be a monster year for the championship and all the teams involved – at Dunlop we’re just grateful to be involved!”