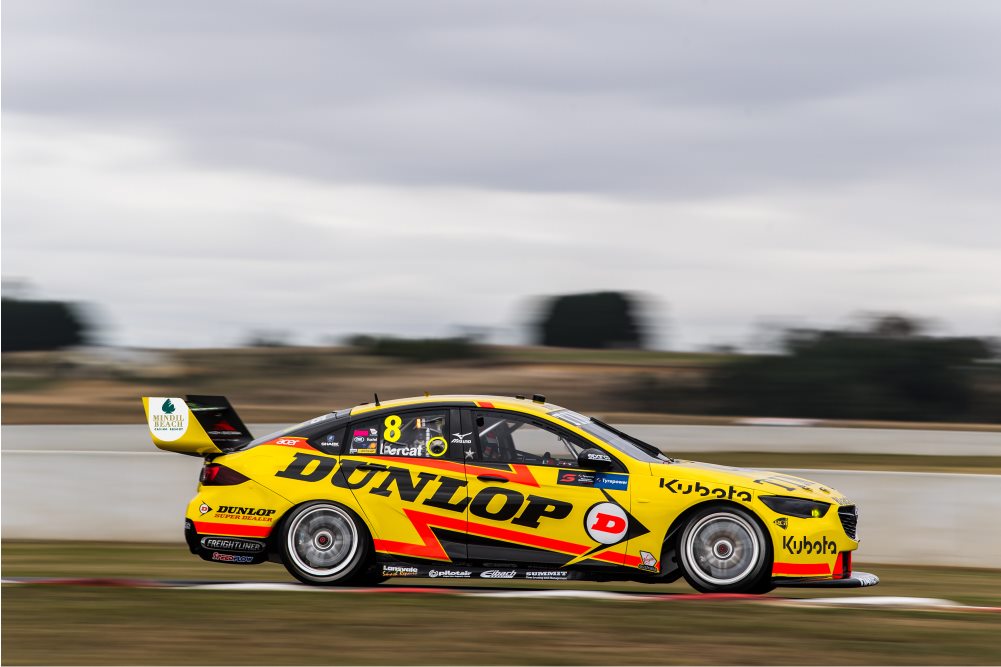 Dunlop last appeared on BJR’s #8 entry at Symmons Plains in April, having been part of the car’s rolling sponsor line-up since 2017.

Percat is currently seventh in the championship, having scored 10 consecutive top 10 finishes.

Seven of those results have come despite qualifying outside the 10, including a season-worst 17th starting spot on Saturday at Winton.

Percat is still looking for his first podium of the season and hopes to draw on past Hidden Valley success.

“The Hidden Valley circuit has been a happy hunting ground for us in the past,” he said.

“My Saturday podium result here a few years ago (2017) was a super-memorable moment for the team and I.

“It was my first podium finish with BJR and even though we came home in third, the way these guys cheer you would have thought we won it!

“We’ll be doing all we can to get back up on the podium again this year.”