Dumbrell: “the job is not done yet” 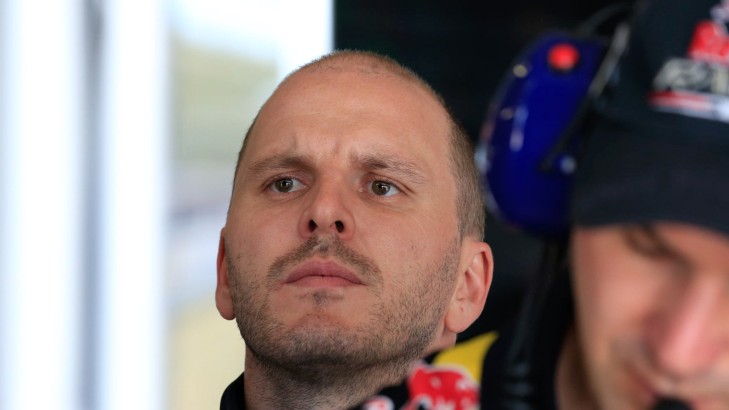 Paul Dumbrell says the dry weather pace he has displayed in the Red Bull Racing Holden Commodore VF at the Supercheap Auto Bathurst 1000 will be rendered meaningless by onrushing wet weather.

Dumbrell stretched out a 13 second lead as he completed the mandatory minimum number of laps to theoretically allow Jamie Whincup to drive the rest of the race, but he has already been told he will do at least more more stint.

"It was good fun out there," Dumbrell told v8supercars.com.au. "I was a bit disappointed that I made a couple of small mistakes out there which is not good. But hey, the wet weather is going to dominate this race this afternoon.

"I'd love to keep it dry but unfortunately dreams don't come true.

"I will have to do one more stint. I have done my minimum, but the boys are putting me back in.

"I am happy to sit and have a few lattes but the job is not done yet."

Dumbrell joined with good mate Whincup to win the 1000 in 2012-13, but have been pipped in the last two years by Prodrive Racing Australia.

"I have been to Bathurst 17 times so I know the heartbreak of it," said Dumbrell.

"All we can hope for is to be in the running somewhere near the front with an hour to go and whatever happens from there the Bathurst Gods will dictate.

"If they look fondly upon us that is great. If they don't, we are going to go down fighting."

Gracie: "I didn't see our day going this way"