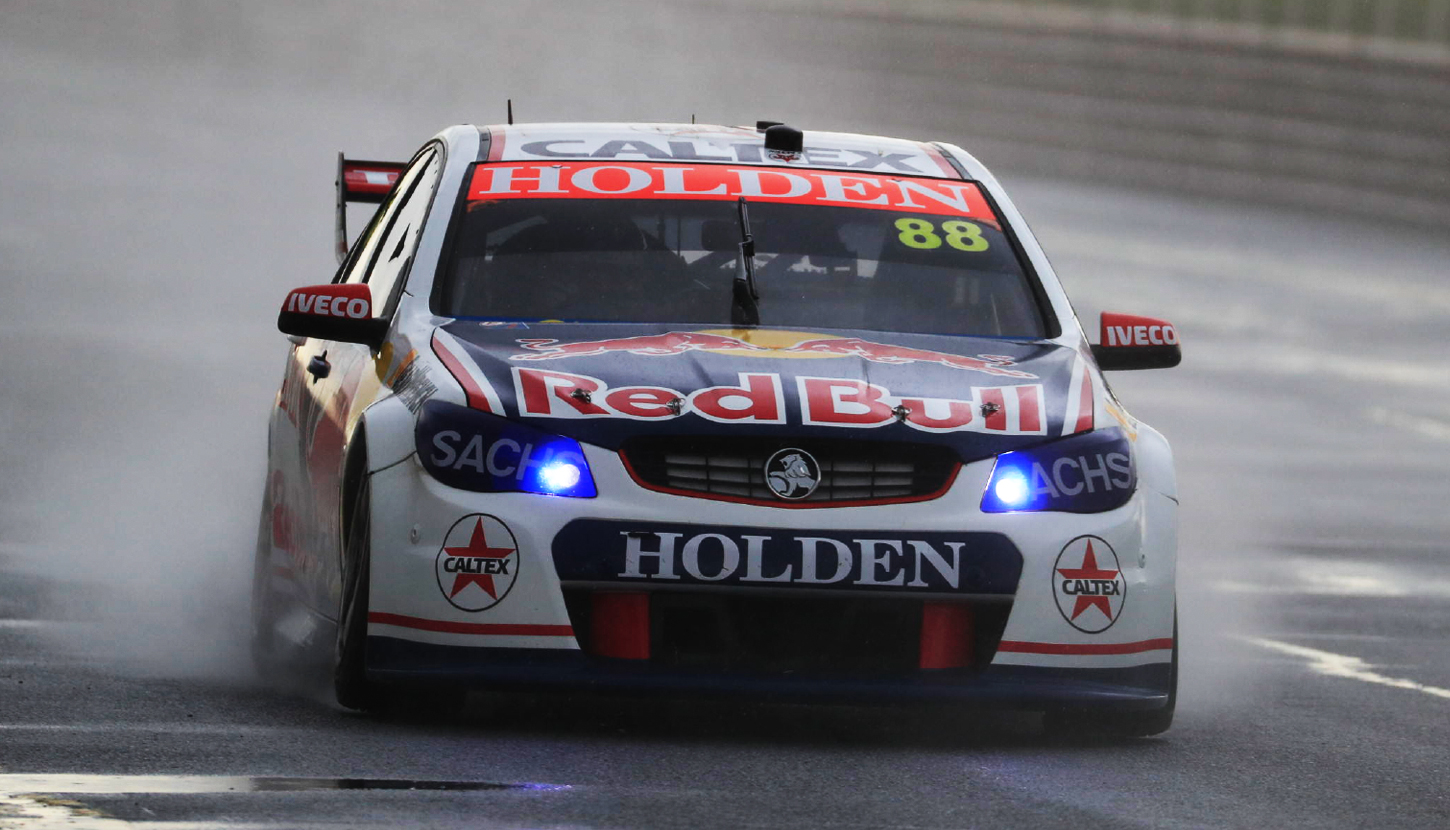 Paul Dumbrell says the Red Bull Holden Racing Team has “a lot of soul searching” to do, after a tough first day of Wilson Security Sandown 500 practice.

Other than the opening minutes of the first session, all three hitouts for Supercars drivers on Friday were run in wet conditions.

Fifth for Dumbrell and reigning champion Shane van Gisbergen in Practice 1 and 2 respectively represented a solid start to the weekend, but Triple Eight’s Commodores struggled in the final session, and were among those to venture off-track on several occasions.

Dumbrell finished 14th in Jamie Whincup's Commodore ahead of Steven Richards in 20th and Matt Campbell 23rd in the cars they will share with Craig Lowndes and van Gisbergen.

While conditions are forecast to improve during the weekend, two-time Sandown 500 winner Dumbrell believes there is work to be done.

"It was a tough day,” he said. “The first session started dry, we got two or three laps in and we were in the top five and quite close which was good, it gave us a bit of direction and confidence.

“With the rain later in the sessions, all three cars struggled, we threw different tyres on it and we didn't really make any in-roads.

“We've got a lot of soul searching and work to do over night but thankfully it's not going to be wet on Sunday.”

Sharing his Commodore with Dumbrell, Jamie Whincup was seventh in his sole session and lamented at the end of the day’s running that wet pace was a concern.

“Unfortunately the car is not anywhere quick enough in the wet but thankfully the weekend is looking pretty dry, especially on Sunday,” he said.

“We do have some work to do in the wet conditions, that's for sure, but we have some quality engineers so we will see what we can do." 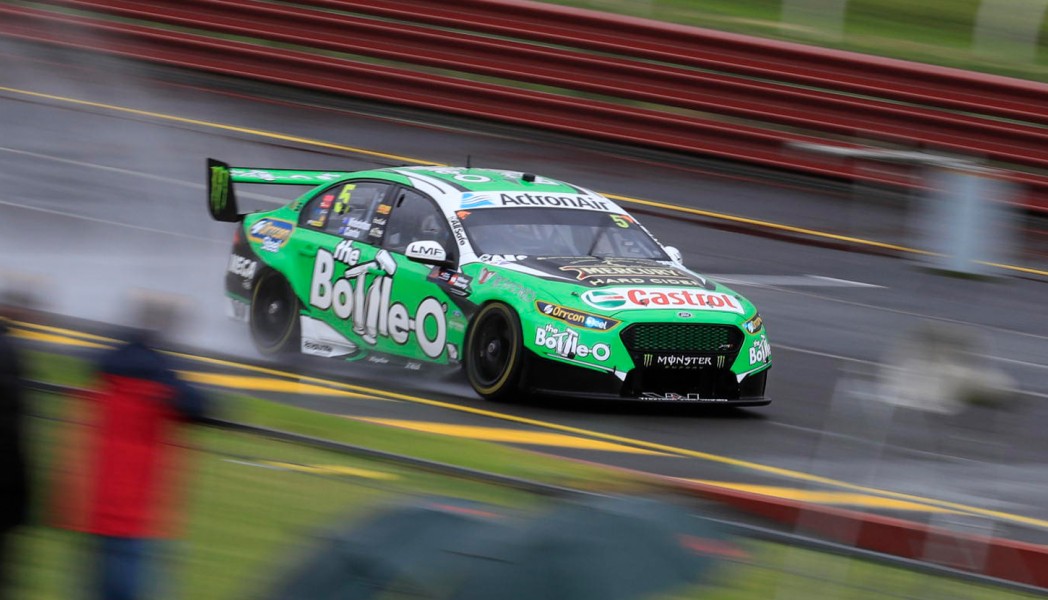 Also struggling in the wet, Dean Canto finished third practice at the foot of the times in the Prodrive Racing Australia Falcon he’s sharing with Mark Winterbottom.

Nearly four seconds off the pace, Canto hoped the team would find an obvious cause for the problems overnight.

“They said there’s something on the data,” Canto said.

“Literally I turned the corner and the thing’s going straight ahead at a slower pace than the car in front of me.

“We tried two different sets of tyres but there’s something else wrong – I’m hoping anyway, otherwise I might just hang the helmet up and not come back tomorrow!”

Winterbottom said the pace of the other Prodrive Falcons in the wet – in fourth, seventh and 11th – suggested that the problem was isolated to his car.

“I was 15th in my session, and the car was not good in the wet and then we somehow made it worse for Dean,” he said.

“At the moment, our wet car is horrible but we’ve got team cars that are in the top three and doing it easy.

“There’s something going on. But we’ll look at it. That’s the advantage of the four cars. You can analyse and come away with something.

“But we don’t want to chase a wet car because we don’t feel we’re going to need it from tomorrow onwards, so evaluate it when it comes. Hopefully it’s dry.”