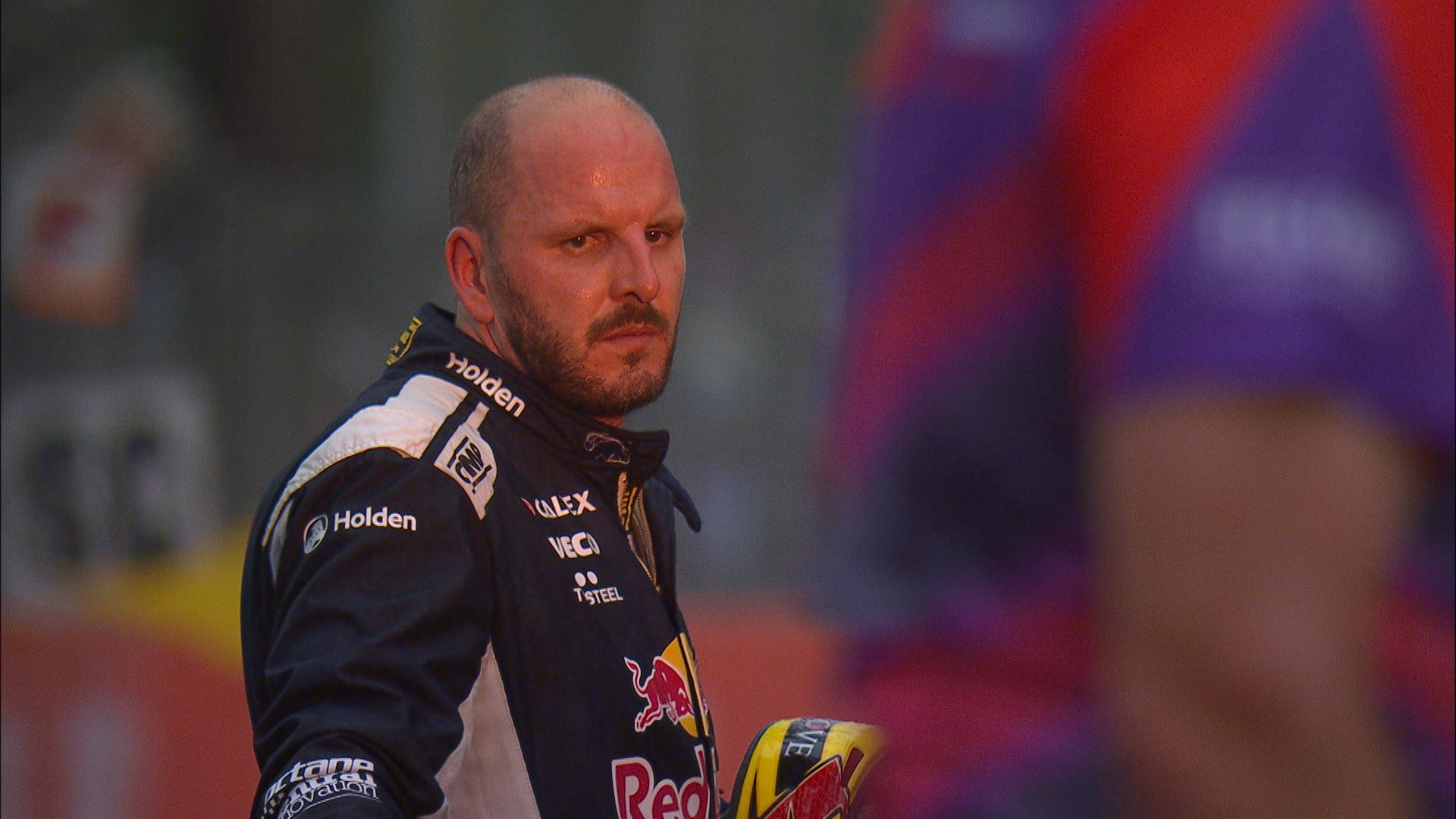 After crashing out of the Vodafone Gold Coast 600, Paul Dumbrell gave the strongest hint yet that he’s set to call time on his Supercars career.

A close friend and long-time co-driver to Jamie Whincup, Dumbrell’s future has been under question since Craig Lowndes announced his impending full-time retirement in July.

Although yet to be confirmed, Lowndes is expected to team with Whincup in next year’s PIRTEK Enduro Cup – reuniting a partnership that won three straight Bathursts from 2006.

Dumbrell was coy on his future ahead of this year’s Enduro Cup, stressing that a decision would be made after the Vodafone Gold Coast 600.

He was a full-time Supercars driver between 2003 and '11, then stepped back to co-driving – linking with Whincup – to focus on his role in the business world.

The 36-year-old cut a forlorn figure as he watched the #1 Holden being put on a flat-bed truck after being caught out by a rain storm and crashing on lap 29.

“There’s 25 other guys and girls that didn’t hit the fence and I did. It’s really disappointing,” he said after returning to the pitlane.

“The car was OK, obviously everyone was just circulating there in the damp conditions, I misjudged it and got it all wrong.

“Hindsight is a wonderful thing, they resurfaced that four or five years ago and it’s quite slick.

“Four or five minutes around here is a long time and there can be a fair bit of standing water sitting there when you come around the next time.”

Asked whether it is the end of his Supercars driving tenure, Dumbrell said: “It’s a pretty disappointing way to go out, to be honest.

“We’ll see what happens. I would have liked to have finished on more of a high, like we do every year, but it’s not to be this year.

“It has been good and I’ll reflect on it one day and say I’ve enjoyed the times, obviously we’ve led a few races along the way, but we’ve all got to retire one day, don’t we?”

Whincup and Dumbrell won Bathurst in their first attempt together in 2012, but then endured a run of heartbreaking defeats.

It included finishing second in 2013, losing the lead on the last lap when Whincup ran out of fuel in ’14, and a penalty for a Safety Car infringement late in ’15.

Whincup took the flag first in 2016, but was handed a 10-second post-race penalty for a late collision, while they were favourites this year before a wheel fell off early on.

Dumbrell has a total of 299 Supercars Championship race starts under his belt, with seven race wins also including Sandown 500 triumphs in 2013, ’14 and ’18.

He’s also a two-time Super2 Series winner, taking the crown as an up-and-comer in 2002, before winning again in '14, using the category to stay sharp for the enduros.

Driving in the second-tier for Eggleston Motorsport, Dumbrell is second in the standings, 32 points behind the leader Chris Pither, with one round remaining in Newcastle next month.

Dumbrell is a minority equity partner in Triple Eight, and is set to take up the role of CEO at Total Tools next month following a long stint with what is now the Burson Group.