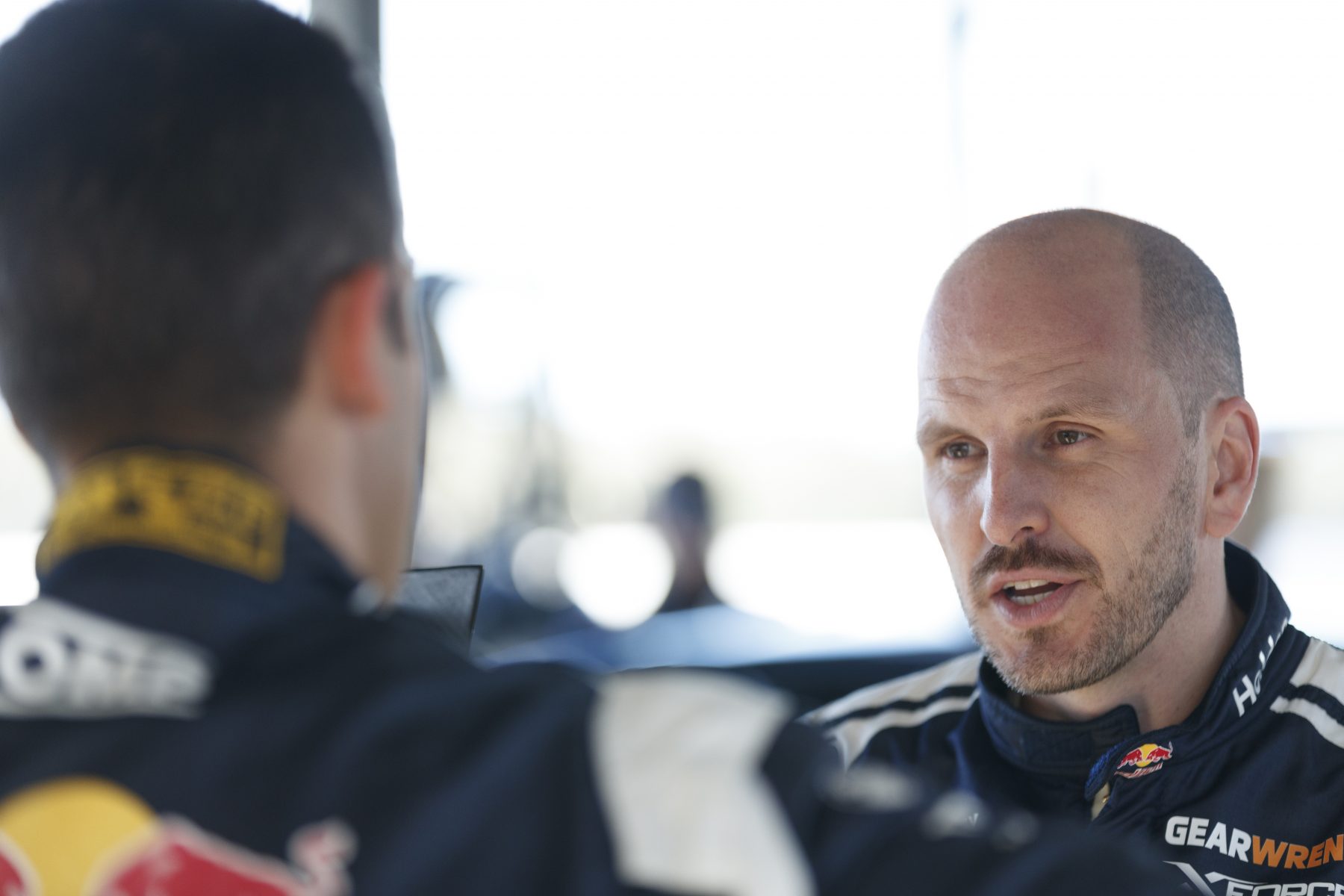 Dumbrell, 36, is suiting up for his seventh enduro campaign alongside long-time friend Jamie Whincup at Triple Eight, with the pair again shaping as arguably the strongest combination.

A minor shareholder in the team, Dumbrell operates on a series of one-year driving deals as he balances racing with his role in the corporate world, and a young family.

Dumbrell stepped back from full-time Supercars driving at the end of 2011 to focus on his role of CEO in his then family-owned Automotive Brands empire.

Subsequently overseeing its sale to Metcash and then the Burson Group, Dumbrell has elected to leave his role with Burson to become CEO of Total Tools.

Set to start in the position shortly after October's Vodafone Gold Coast 600, Dumbrell says his new employers are open to his racing efforts, but time will tell whether he continues.

Since 2014, Dumbrell’s enduro role at Triple Eight has required him to also compete in the Dunlop Super2 Series to stay race-sharp, making it a year-round commitment.

“I can still go and race cars if I wish to. It’s a balance of what I want to do,” Dumbrell told Supercars.com when asked if his change of jobs will change his enduro availability.

“It’s a balance of life, work, performance, capability and availability of other drivers, they all go into the mix, and RD (Triple Eight boss Roland Dane) and I make a call on it.

“I’m a hell of a lot closer to the end than the start. I’ve always been clear in my intent to retire early rather than late, which is the same for co-driving as it was for full-time.

“There’s one thing I can guarantee; I won’t be here in five years. But am I here next year? Who knows?

“A lot is unknown. I don’t start the role until November and we’ll very quickly know what our future plans are going to be.” 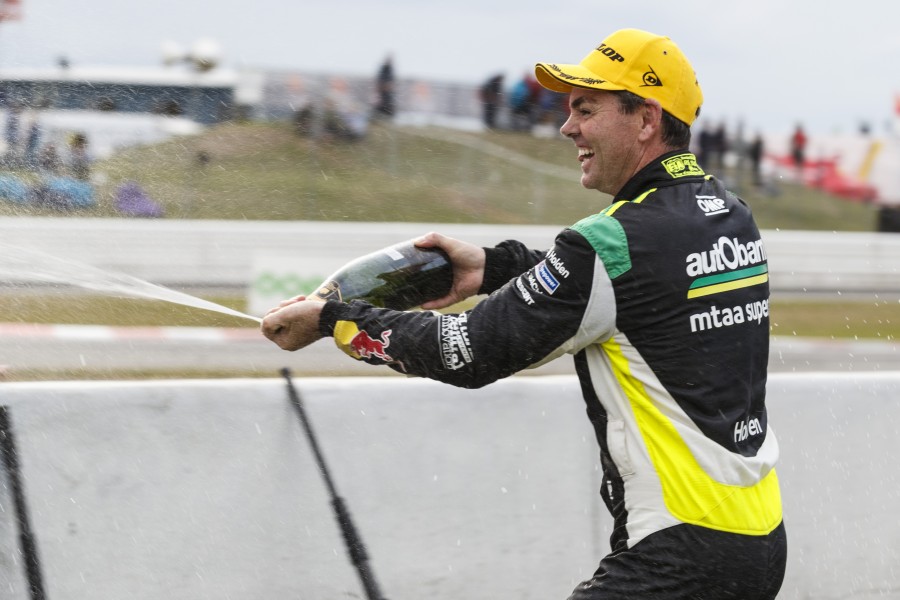 Triple Eight announced in July that Craig Lowndes will step back to co-driving duties next year, but is yet to confirm who he’ll team with or what will become of its third entry.

Dumbrell is already on record saying that he’ll happily step aside to allow Lowndes to reunite with Whincup, if that is what the team wants to do.

The two-time Super2 Series winner was less committal, however, on whether he would have the motivation to continue driving if not alongside his friend Whincup.

“Jamie and I have a really good relationship and it’s something I’ve always thought about,” he said when asked if he’d consider continuing in another car.

“It’s one of those things [that is unknown], but we don’t have to make the call until the time is right.”

Fellow Triple Eight co-driving stalwart Steven Richards also has an unknown future beyond this year’s enduros, but has made clear his desire to continue if a drive is available. 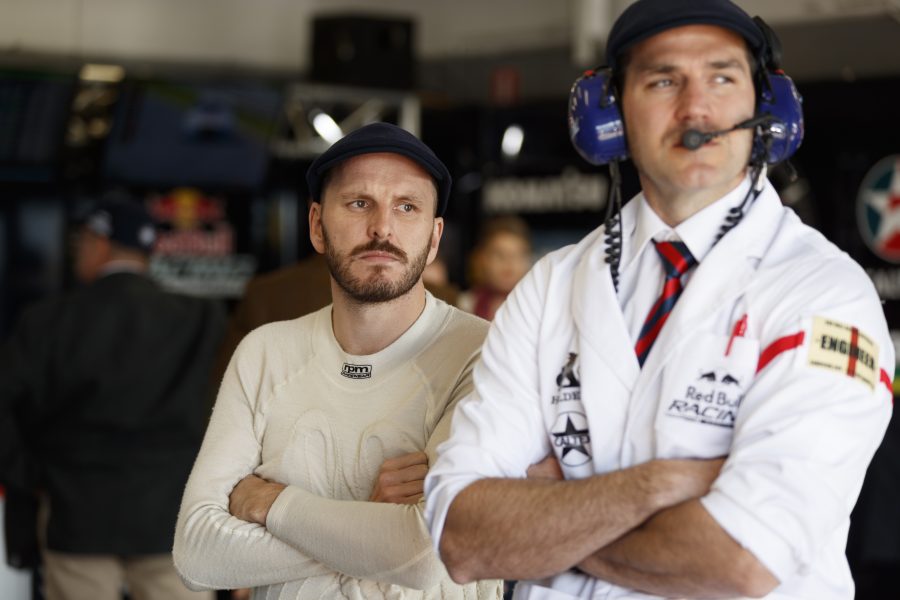 The Whincup/Dumbrell combination won Bathurst at its first attempt in 2012, but has suffered a series of famous heartbreaks at the Mountain thereafter.

Finishing a close second in 2013, Whincup ran out of fuel on the final lap while leading in ’14, and lost out after late penalties for passing the Safety Car in ‘15 and a collision in ’16.

Last year marked the first time they were not a contender in the race’s closing stages – a mid-race engine problem burying them down the order.

Asked whether he could retire happy following the string of Bathurst near-misses, Dumbrell stressed that helping Whincup win the championship has always been the greater goal.

“You always reflect back and would have liked to have done things differently,” he said.

“But from my perspective, in 2012 we came into this wanting Jamie to win the championship, that was the intent.

“Yes, we wanted to have some success in the enduros, but the main intent, Roland made extremely clear, was winning the championship and he’s won it four of the six years.

“I absolutely take it personally, I’ll have to live with it for the rest of my life, 2016, my error at Sandown (seatbelt infringement) was catastrophic for Jamie’s championship.

“We had other issues in the back-end of the year, but that will be the biggest blight on it all.

“But overall we’ve had some success and we’ve worn our heart on our sleeve.

“We’ve rolled the dice, probably more than some people would like, but that’s the DNA of Jamie and our partnership.” 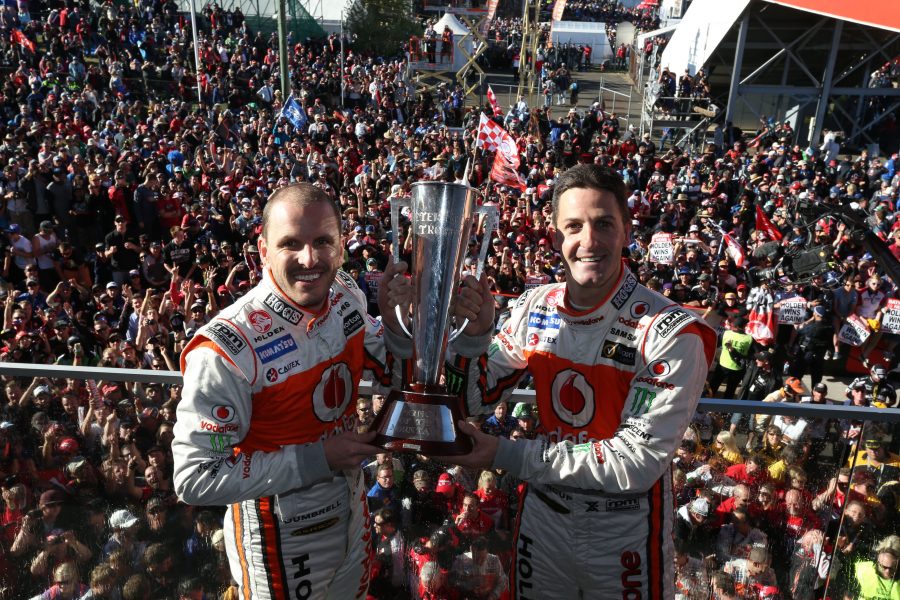 Dumbrell says his decision to trade Bursons for Total Tools allows him to expand beyond the automotive industry in which he has traditionally operated.

“I’ve been in our automotive business since 2006, including leading the business for seven or eight years, through a couple of sale processes,” he said.

“I’ve really enjoyed my current role, looking after the wholesale side of things, but the Total Tools business has had great success over the last 20 years.

“They’ve got a really impressive growth strategy, doubling the amount of stores over the next number of years, and some other really exciting things that have come to light soon.

"Also for me, to get outside of automotive as well, I’ve been there my whole corporate career, so to take a step out is very appealing and exciting.’