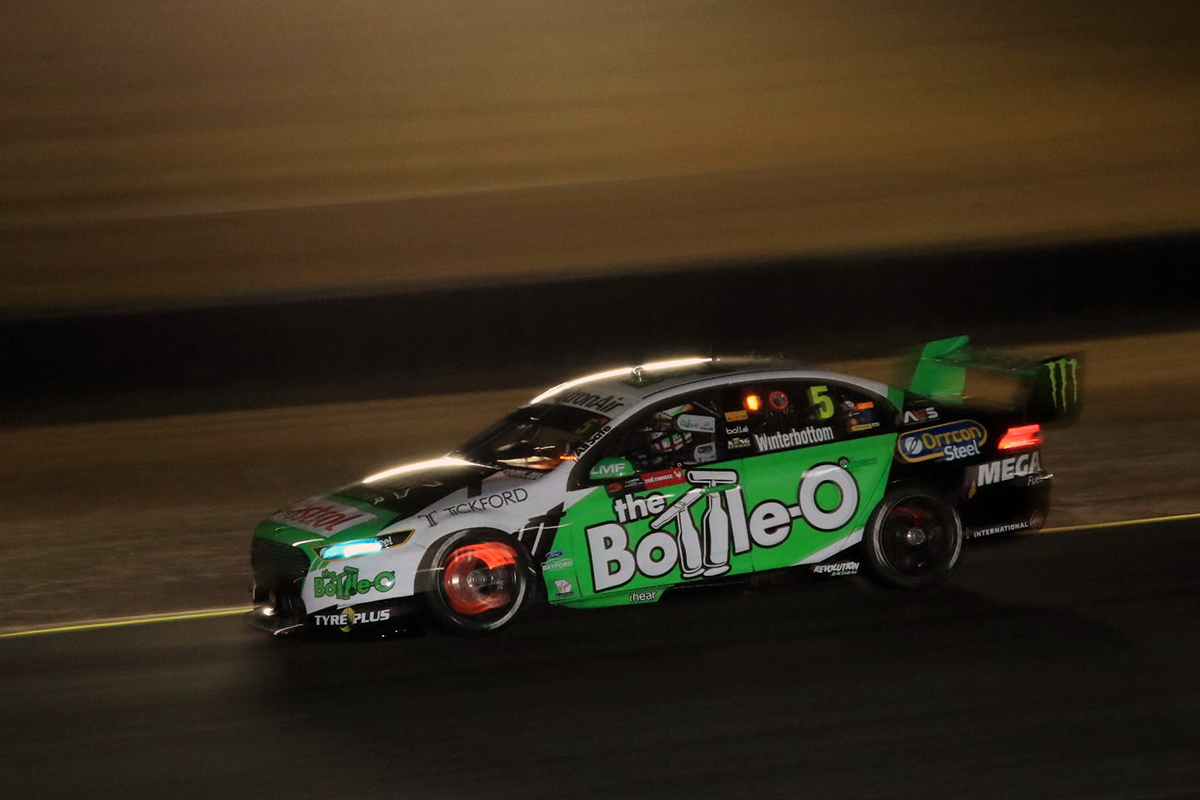 Leading drivers have pin-pointed Turn 2 as a potential trouble spot on the opening lap of tonight’s race at Sydney Motorsport Park.

While drivers adjusted to an increased sense of speed under lights in a 40-minute practice on Friday night, the race is expected to bring a new set of challenges.

The 300km race will kick-off at 7:20pm local time, following second practice and a three-stage knock-out ARMOR ALL Qualifying session in the afternoon.

Tickford Racing’s Mark Winterbottom says fans at the circuit should head down to Turn 2 for the start.

“The toughest part about the start is going to be the 26 lights going into Turn 2 and people changing braking lines quickly and all that sort of stuff,” he said.

“The depth of the car feels a lot different in the dark to what it does in the day time. Reflections and lights and all that sort of stuff does throw off your perception a bit.

“That’s probably the biggest thing. If I was a spectator I’d be down at Turn 2 in the car, unpack my dinner, sit down there and have a watch of what happens.”

Walkinshaw Andretti United’s Scott Pye noted after practice that the trackside lighting positioned on the outside of Turn 1 was blinding his mirror into 2. 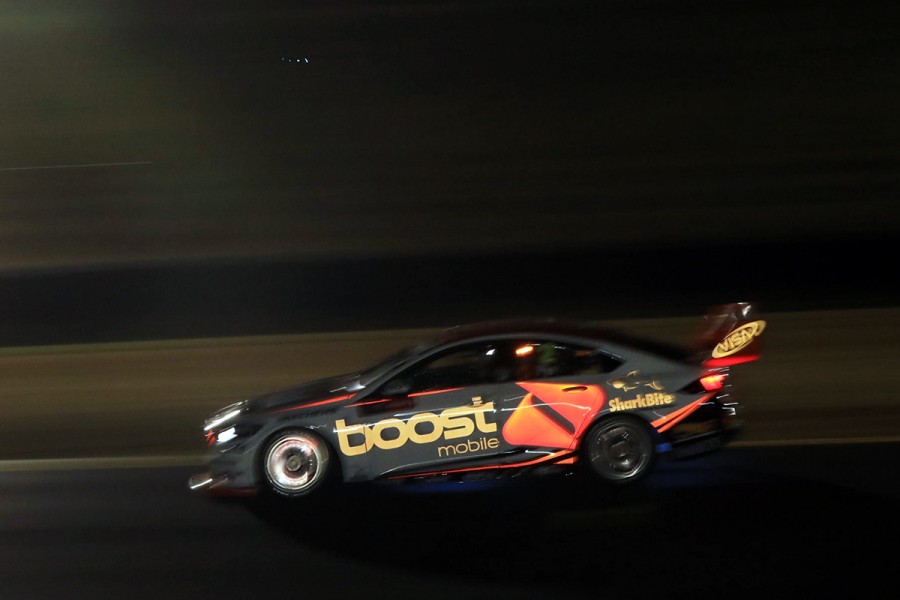 “I got stuck behind one car and honestly don’t think he knew I was actually behind him, because of the lights,” he said.

“That may see some incidents at the start of the race; hopefully not, but it may be different as well, it may be when you do have cars behind you they block it out a bit more.”

Despite the extra challenge of the night battle, Pye does not expect officials to be lenient when dealing with incidents.

“I think we’ll have to be on our toes. I don’t think they cut too much slack,” he said.

“The issue is going to be when you put it down the inside.

"I think there’s going to be more onus on the driver doing the overtaking, because you’re going to have to make sure you know there’s sufficient overlap not to turn a car, there might be a bit more hesitation.

“But it’s like any pass, you’ve just got to commit and stick it down the inside. You’re counting on the driver in front seeing you, that’s all.” 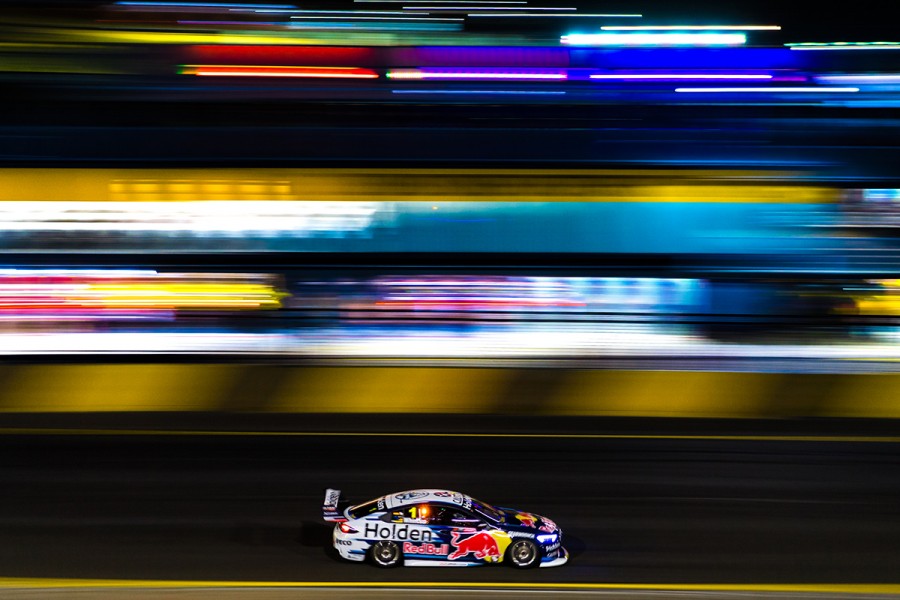 Seven-time Supercars champion Jamie Whincup also spoke of spacial awareness issues during practice and feels the race is “going to be a crazy spectacle”.

“You don't know where anyone else is, you just see headlights,” he said.

“Normally you can look around and see where all of the cars are and which car is which, but now you just don't know who is who so you're out there just battling away - it's going to be a long 300 kilometres.

“I can see everything in the car well enough, the car set-up is good, no issues there whatsoever, it's just when you're out on the track you don't know what's going on around you."

Door-to-door combat under lights will provide the spectacle, but practice pacesetter Chaz Mostert stressed the 300km encounter will be a strategic affair.

“Strategy is massive for a single-driver, 300km race,” he said of the 77-lap race, for which three pitstops are compulsory per car.

“The person with the best strategy is going to win the race, not the fastest car.”