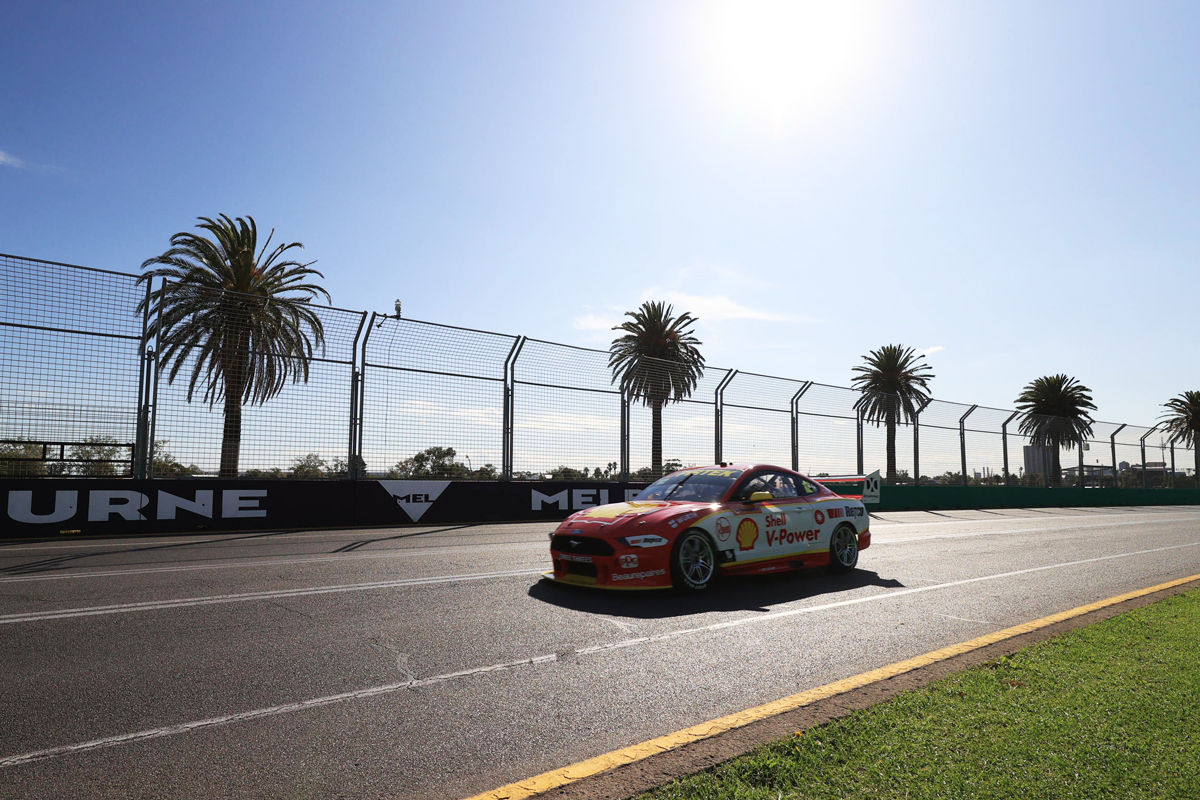 The AGPC announced on Friday morning that, after being advised by Formula 1 that the F1 action would be cancelled, the entire event had been called off.

It marked a definitive move amid the unfolding COVID-19 situation, which included a member of the McLaren F1 team in Melbourne testing positive for the virus on Thursday night.

Earlier this morning, Victorian Premier Daniel Andrews had announced no spectators would be allowed at the venue if the event was to take place.

Supercars teams were informed of the cancellation as they were preparing for this morning’s qualifying action, following initial practice and qualifying on Thursday.

Other support race action scheduled for this morning had not taken place while the situation was being worked though.

“It is unfortunate that we will not be able to race this weekend,” said Tickford Racing CEO and team principal, Tim Edwards.

“However in these unprecedented circumstances we support this decision made by Supercars and the Australian Grand Prix organisers.

“As a team, we had already taken several precautions to protect the health of our staff, fans, and the general public, and will continue to do so between now and our next race event.”

“We are all in a holding pattern at the moment but unfortunately we will not be racing this weekend.”

Walkinshaw Andretti United also expressed its support via a statement.

“While we are disappointed not to be racing this weekend, we support the decision that has been made to cancel the 2020 Australian Grand Prix,” it read.

“Health and safety of all personnel and attendees is paramount.

“We thank the category and all our partners for their ongoing support in a difficult situation.”

Supercars has already declared it will look to reschedule an extra event later in the season, to retain the planned 14-round season.

Several drivers meanwhile took to social media to give their views of the situation.

Unfortunately the F1 AGP has been cancelled, leaving us with no option but to start packing the truck.

This is a massive disappointment for our team, corporate partners and loyal fans. Apologies to those who have travelled far and wide to see us in action. pic.twitter.com/ipGbbNRsfO

Was pumped for some racing. Sorry to everyone that was looking forward to it too!

That’s a wrap from @AusGp for 2020. Im personally sorry to all our supporters, we would’ve all loved to have raced but at the moment the health and wellbeing for everyone is at the forefront! #AusGP #FabPack #VASC

Sucks that we can’t put a show on this weekend, I feel for everyone who bought a ticket and wanted to watch the event, but safety of the teams and fans comes first! Everyone stay safe and look after each other ❤️#Mozzie25 #VASC