All six Mustangs ended the day inside the top 10, with Tickford Racing’s Cameron Waters and Chaz Mostert split by DJR Team Penske’s Fabian Coulthard in a top-three sweep.

Tickford’s other entries of Will Davison and Lee Holdsworth were fifth and 10th, while Coulthard’s team-mate Scott McLaughlin was eighth.

Although pleased with a relatively trouble-free day for the new cars, Tickford boss Tim Edwards says the squad has significant work to do ahead of Adelaide's opener.

“To be blunt, the drivers reckon the cars are handling terribly at the moment, they’re not happy at all with it. We’ve got a lot of work to do,” he told Supercars.com.

“That’s a combination of understanding the aero package and the lack of twin-springs [banned for 2019 in the name of cost containment].

“We’ve had to completely change the geometry of the car to what we ran at Newcastle.

“Like everyone in the pitlane, you’re half-clean-sheeting the car mechanically, regardless of the change in aero.

“We’ve got both things going on, which is why we tried to devote the morning to understand the dynamics of the car.

“Then in the afternoon we started to work on the mechanicals to figure out how to tune it.

“The guys aren’t happy with it at the moment, there’s a lot of work to do.” 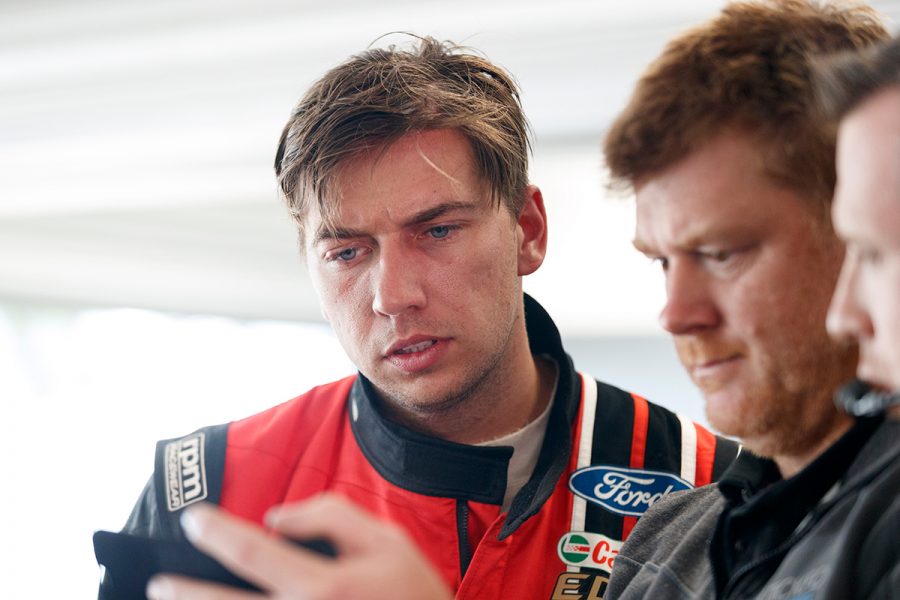 Waters, Mostert and Holdsworth were 16th, seventh and 17th entering the final hour

With no more track action before the season-opener in Adelaide on February 28-March 3, Edwards says the team will have to rely on what it can glean from today’s data.

“Everything we do between now and Adelaide will be based on the data we drag out of today,” he said.

“We all obviously tried different things and maybe Cam and his engineer have found a better solution than some of the others.

“We had a set program, but they ended up doing their own things at the end of the day, where you really fine-tune it to what your driver is after.

“We’ll see what each driver is struggling with and use our brains’ trust of engineers to find a solution for Adelaide.

“But in saying that, what you need in the car in Adelaide is very different to Phillip Island.”