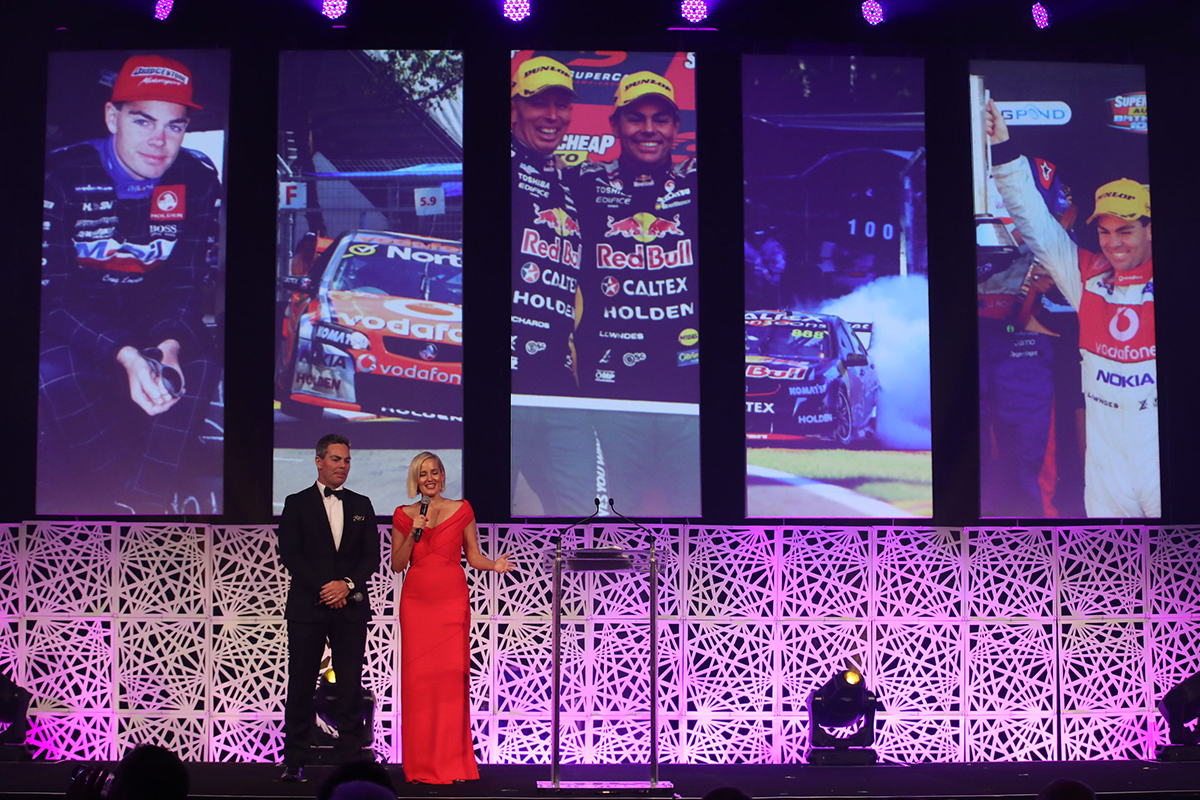 Retiring legend Craig Lowndes was labelled an arsehole, an animal and a pest by his rivals during light-hearted tributes at the Supercars Gala Awards.

A large array of Lowndes’ rivals, both past and present, paid respect to the 44-year-old’s contribution to the category in a video package played to the Gala audience.

Lowndes’ natural skill behind the wheel, rapport with the public and phenomenal achievements were all outlined as the veteran steps back from full-time driving.

But several of his fellow drivers took delight in highlighting the contrast between the smiling, laughing off-track Lowndes, and his ferocious style behind the wheel.

“He’s smiling at you while he’s just tagging you and half-trying to spin you.

“He has an amazing ability to not have been labelled anything but a nice guy throughout his whole career when he’s probably been the opposite.” 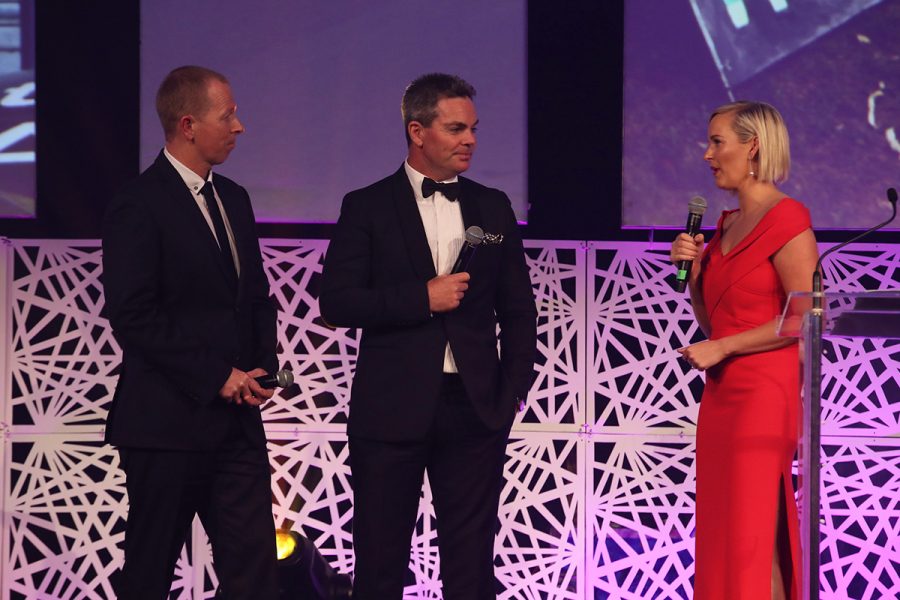 Garth Tander, whose career has spanned almost the same length as that of Lowndes, said the three-time champion will “kill you” on track.

“Lowndesy out of the car, bubbly, bouncy… Lowndesy with a helmet on, the biggest animal you’ve ever met!

“We’ve raced against each other our whole careers, had heaps of blues and heaps of fun along the way.

“Lowndesy is the ultimate Jekyll and Hyde.”

Former driver and team owner turned commentator Mark Larkham surmised that “pest is the word that springs to mind, he’s a pest”.

Lowndes then took to the stage as part of his retirement tribute, owning his reputation as an aggressive driver.

“I am a pest in the car,” he told host Jessica Yates.

“Yes, I’ll always give the back of the bumper a bit of a rub and try and unsettle you. Sorry for that.

“I will be back at Bathurst next year, so sorry to everyone!” 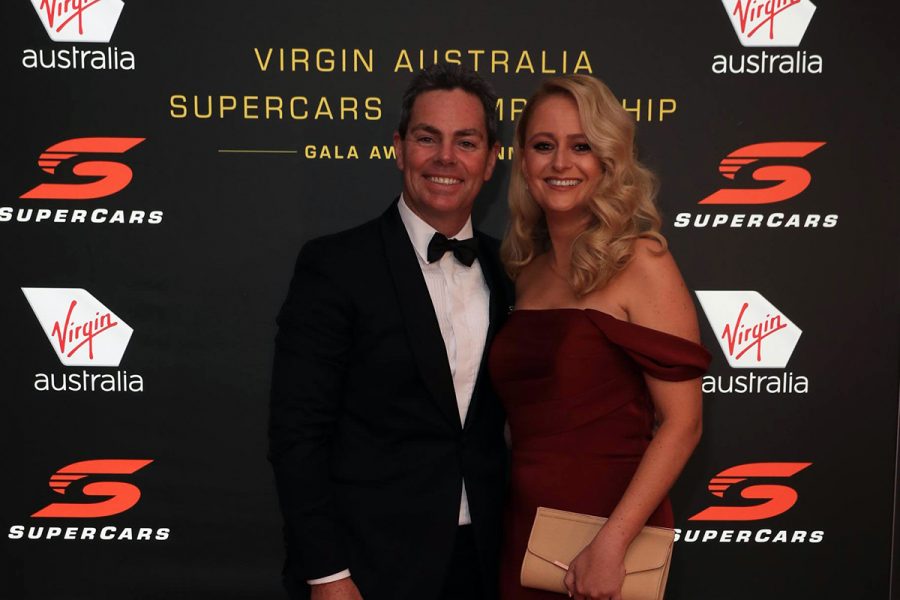 Lowndes and wife Lara on the red carpet

Having announced his impending retirement four months ago, Lowndes has been on a whirlwind farewell tour, concluding at the Coates Hire Newcastle 500.

Last weekend's festivities included a special parade lap of the track to farewell the fans, and a guard of honour in pitlane, where teams and drivers showed their respect.

“I’ve loved every minute of it. I’ve met some wonderful people and have a lot of friends throughout this industry,” said Lowndes of his career.

“We’re not going to die tomorrow, we’re going to be back next year, doing other things.

“Reality is starting to hit home now… come Adelaide next year, not being inside a race car is when it’s really going to hit home.”