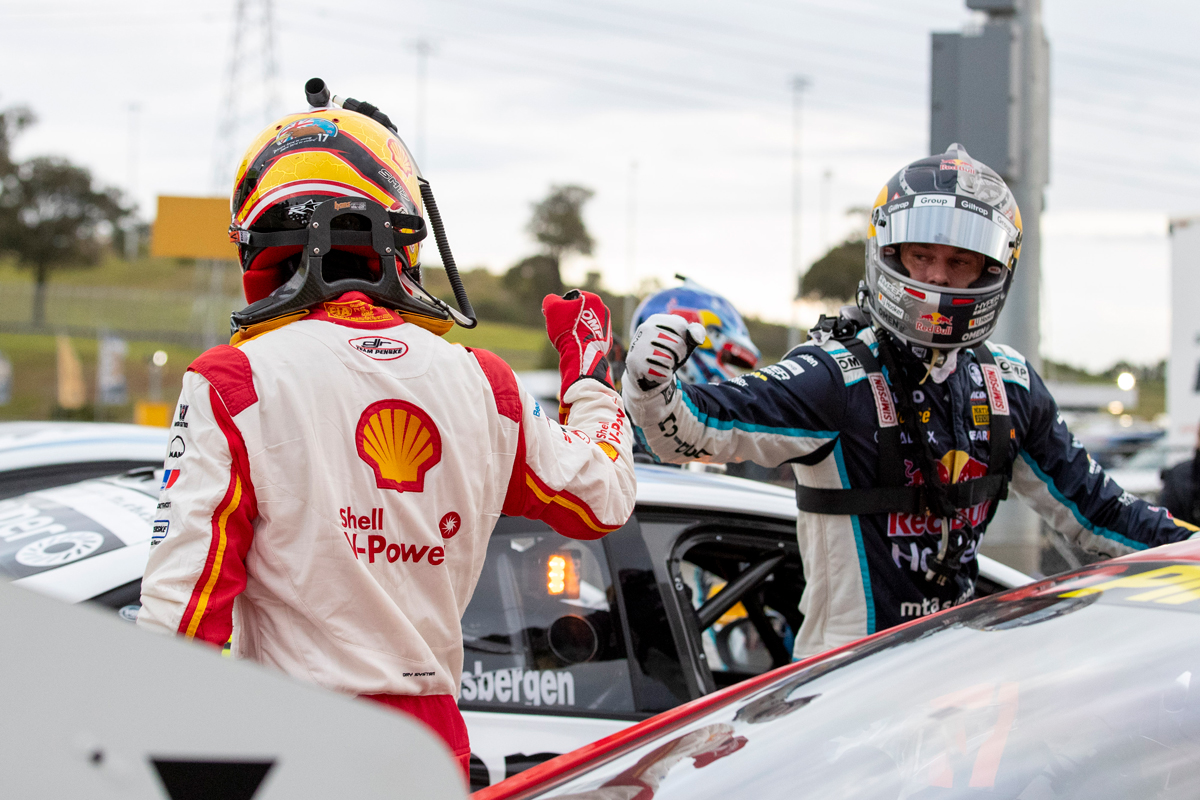 A fast-paced format has added to the thrill of Supercars’ return for drivers in Sydney, amid a ‘weird’ vibe without fans.

The championship burst back into life at the BP Ultimate SuperSprint on Saturday, 106 days after COVID-19 put an unprecedented pause on the season.

As part of efforts to limit personnel at the circuit, the event is being run over two days and with Supercars as the only category, making for limited breaks between main game sessions.

“After first practice, you get out, cool down and start talking with the engineers and all of a sudden there’s only 15 minutes until you’re going again. I think it’s pretty cool,” he said.

Other changes for the weekend include restrictions on the amount of data teams can collect from the cars, reducing the reliance on engineering staff.

“I’ve loved it,” said fifth-placed finisher Nick Percat of the format on Saturday evening. “It is a bit like karting or Formula Ford.

“You’re with your engineer and you come in and think ‘we should just stiffen up the rear of the thing’ and off you go again.

“You have enough time to look at some notes, I haven’t even done a track map, I just told my information to the engineer, haven’t looked at a single line of data.”

Saturday race winner Scott McLaughlin stressed that the tight turnarounds between sessions are fun for drivers, but feels for the mechanics working on the cars.

“I love being on track all of the time and all that sort of stuff but far out, the boys, I’ve never seen them so flat out,” he said.

“It’s tough but I’m sure when we get some support categories and stuff it probably won’t be as quick, but I do like the quickfire, how it just happens.

“I love the two-day format, I think it’s a cool thing, being here later and going home earlier, and we’re just straight on the job.

“It really comes up to the teams to roll out of the truck strong and put a lot of prep into it which is really enjoyable.” 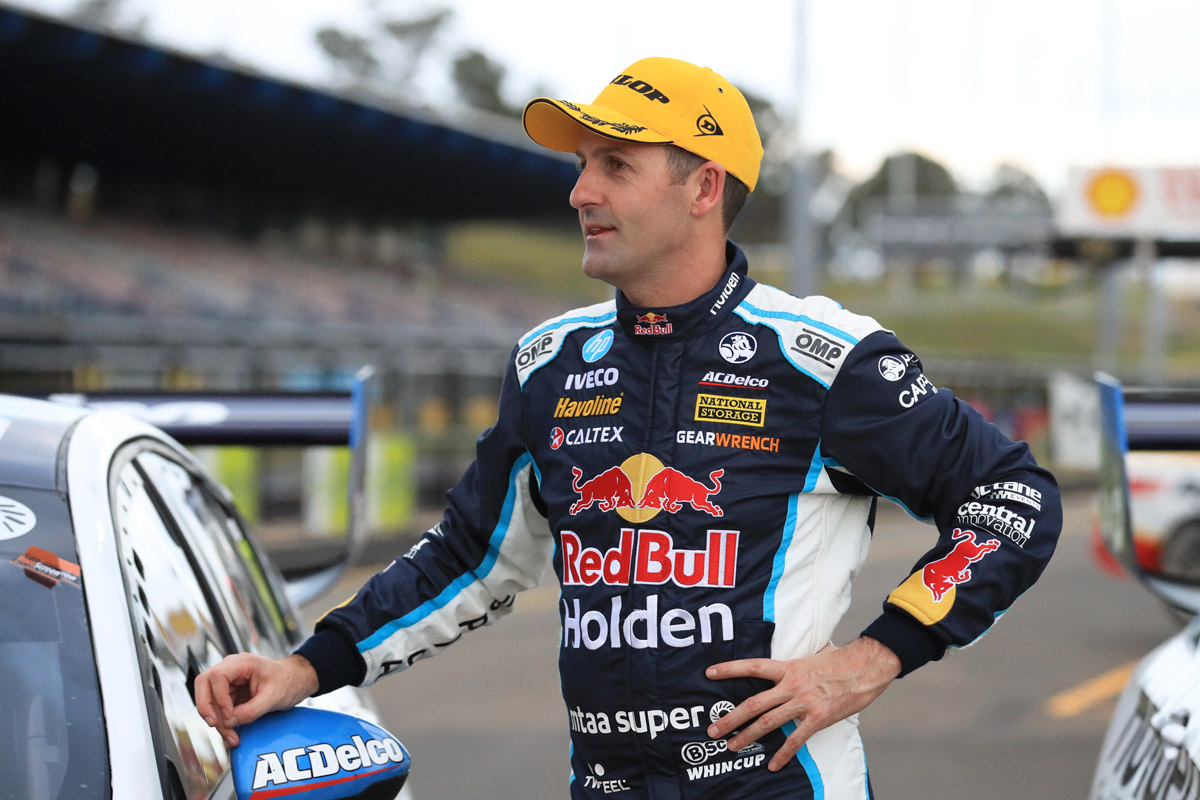 Added Jamie Whincup: “I really like the format, I think it’s great.

“Our boys are with the Penske guys, they have been absolutely tapped out all day, but I think we’ll get better at managing that time in between.”

While drivers and teams had plenty of time to debrief the action once the race was over, there has been minimal interaction between crews.

“Everyone is staying at the same hotel but you don’t see anyone, there’s checkpoints and whatever,” said McLaughlin.

As for the lack of fans and corporate guests at the circuit, van Gisbergen said: “It’s weird, especially on the grid.

“You could hear Larko [television reporter Mark Larkham] talking between the cars, pre-race stuff, just stuff you never notice before.

“You love racing in front of the crowd, having all the fans here, your friends and supporters. It’s definitely a weird feeling.”

Added Whincup: “Of course we love performing in front of a big crowd, so without the crowd here and the corporates out here enjoying it, it’s not as good.

“But at the same time there’s no fluff, there’s not all these activities going on during the day that in some ways seem like a waste of time.

“We’re here, we go racing, but of course if we could do that and have people here enjoying it as well that would be the ultimate.”

Two ARMOR ALL Qualifying sessions and two more 32-lap races will take place today, with track action kicking off at 10:35am AEST.