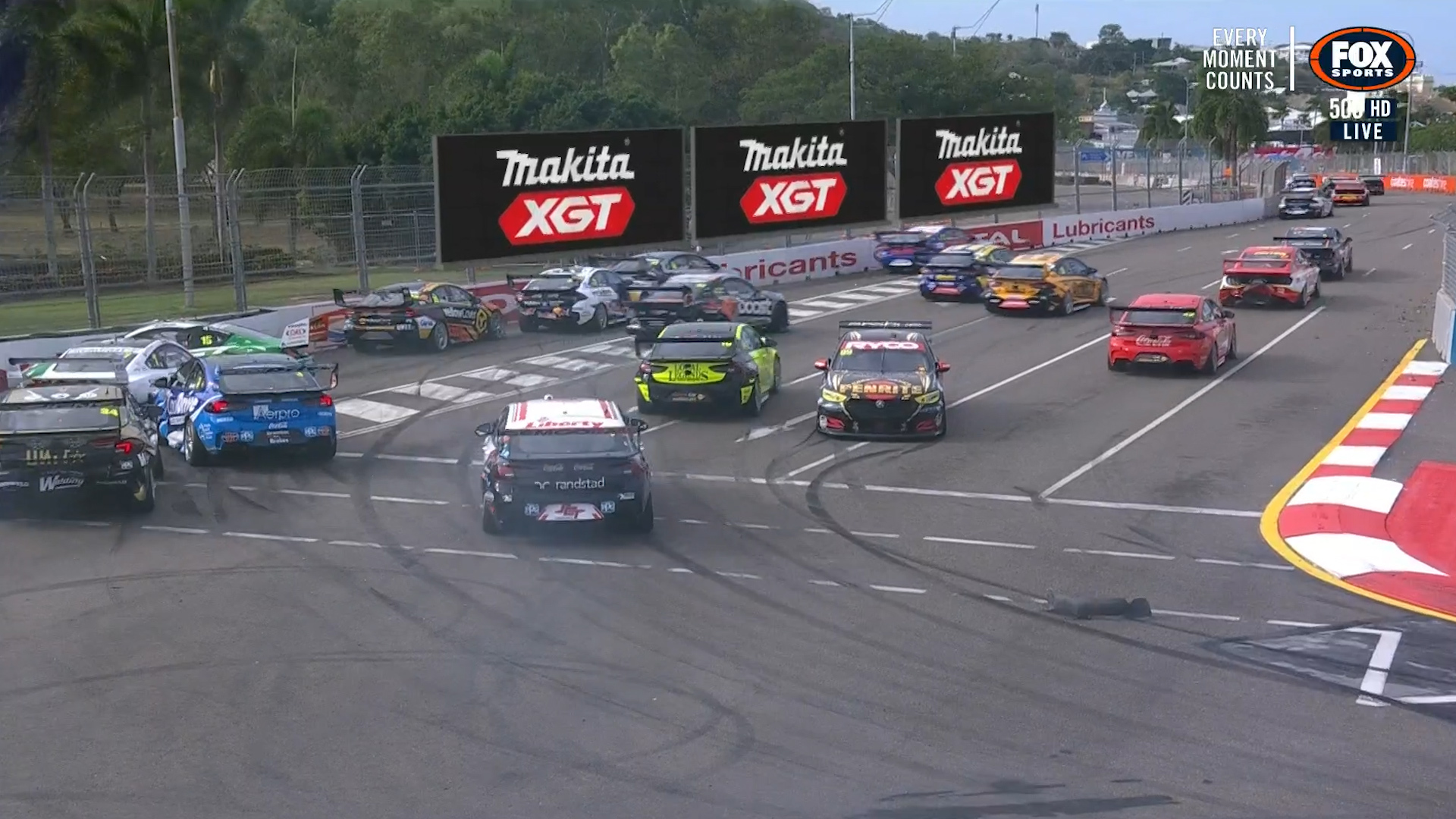 Mark Winterbottom has labelled the multi-car incident at Turn 2 on the opening lap of the NTI Townsville SuperSprint as ‘ridiculous’.

The Team 18 driver was in the middle of the chaos, which involved almost half the field and is the subject of a post-race investigation.

Television footage appeared to show Lee Holdsworth getting into the back of Winterbottom into the Turn 2 hairpin, which pushed ‘Frosty’ into Shane van Gisbergen.

That triggered more carnage behind, with Macauley Jones, Todd Hazelwood and Andre Heimgartner copping the worst of the damage.

“That start was ridiculous,” said Winterbottom.

“I was right behind Giz [van Gisbergen] and whoever was behind me, potentially Holdsworth or someone, was in the back of me and the rear was off the ground.

“I couldn’t pull it up and then it was like ‘ok, you’re hitting me, but you’ve just got to stop because you can’t go anywhere’.

“Then it looks like van Giz hit [De Pasquale] and then there was more concertina. That was unlucky.

Those to cop damage in the incident and continue included Scott McLaughlin, who had started down in 16th after a mistake in qualifying.

“Everyone braked pretty deep. I tried to hold back a little bit and just saw smoke and an Erebus car spun out. I’ve seen that before,” said McLaughlin.

“We got through there pretty good, but I copped a massive whack up the backside. I think we were a little bit damaged during the race.”

Those who weren’t so lucky included Heimgartner, who rejoined after pitting for repairs only to retire for good after completing 17 laps.

“It’s always a bit of a bottle neck here at Turn 2,” said the Kiwi, whose teammate Rick Kelly also lost time due to the incident.

“Unfortunately a few people were facing the wrong way and I was on the outside and couldn’t necessarily see what was happening on the inside which made it difficult to take evasive action.

“I just didn’t have enough warning to be able to react fast enough. Unfortunately we made contact and once that happens you tend to cop it from a few directions.”

Winterbottom’s Team 18 teammate Scott Pye was among those to escape completely unscathed, going on to finish ninth.

“My eyes are open now, but I think at one point I closed them,” he said.

“The start was OK and then I got down into [Turn] 2, you’re trying to pick your line. I saw this little gap open up as someone spun, so I moved to the inside but there was a car there.

“At that point I saw the heavens opened a little bit so I got on the gas and prayed that it didn’t close. I held my elbows in and fortunately I got through.”