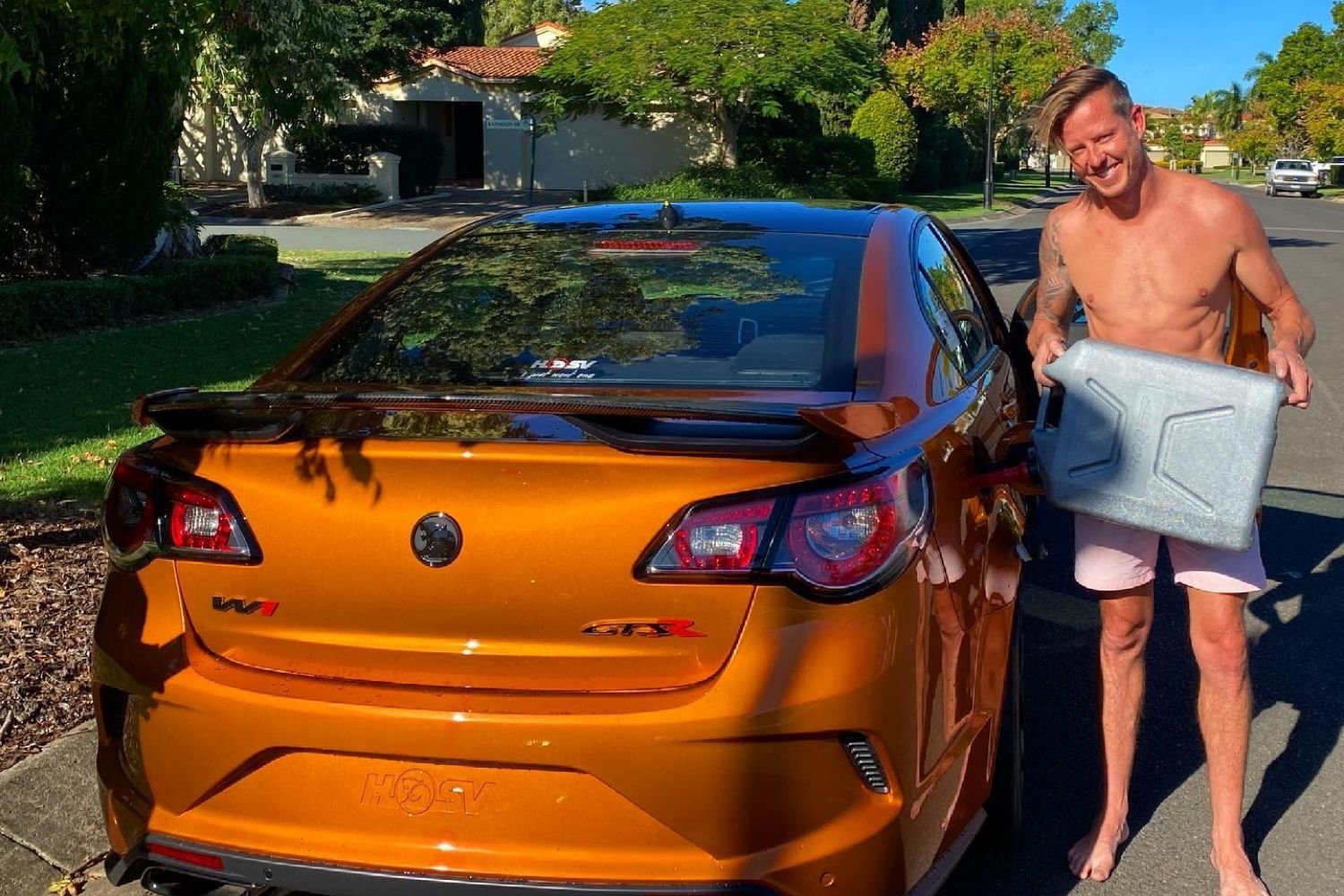 James Courtney has admitted to a hilarious faux pas while on a leisurely drive on Sunday, seeing his Holden GTSR W1 running out of fuel less than 300-metres from home.

Confessing to the mishap on his social accounts, the 2010 Supercars champion included a photo of himself next to his marooned Holden, holding a jerry can.

“Tried to impress @tegan with a lap around the block in my @officialhsv W1,” Courtney wrote.

Erebus Motorsport co-driver Jack Perkins was the first to react to the blooper, commenting on Courtney’s appearance while refuelling the rare Holden.

“Swap your t-shirt for some fuel?” Perkins quipped.

The 40-year-old called on a local friend to help his stranded HSV W1, who shared their own version of events.

Fans also weighed in on the gaff, noting the lack of a number plate on the number 22 GTSR. 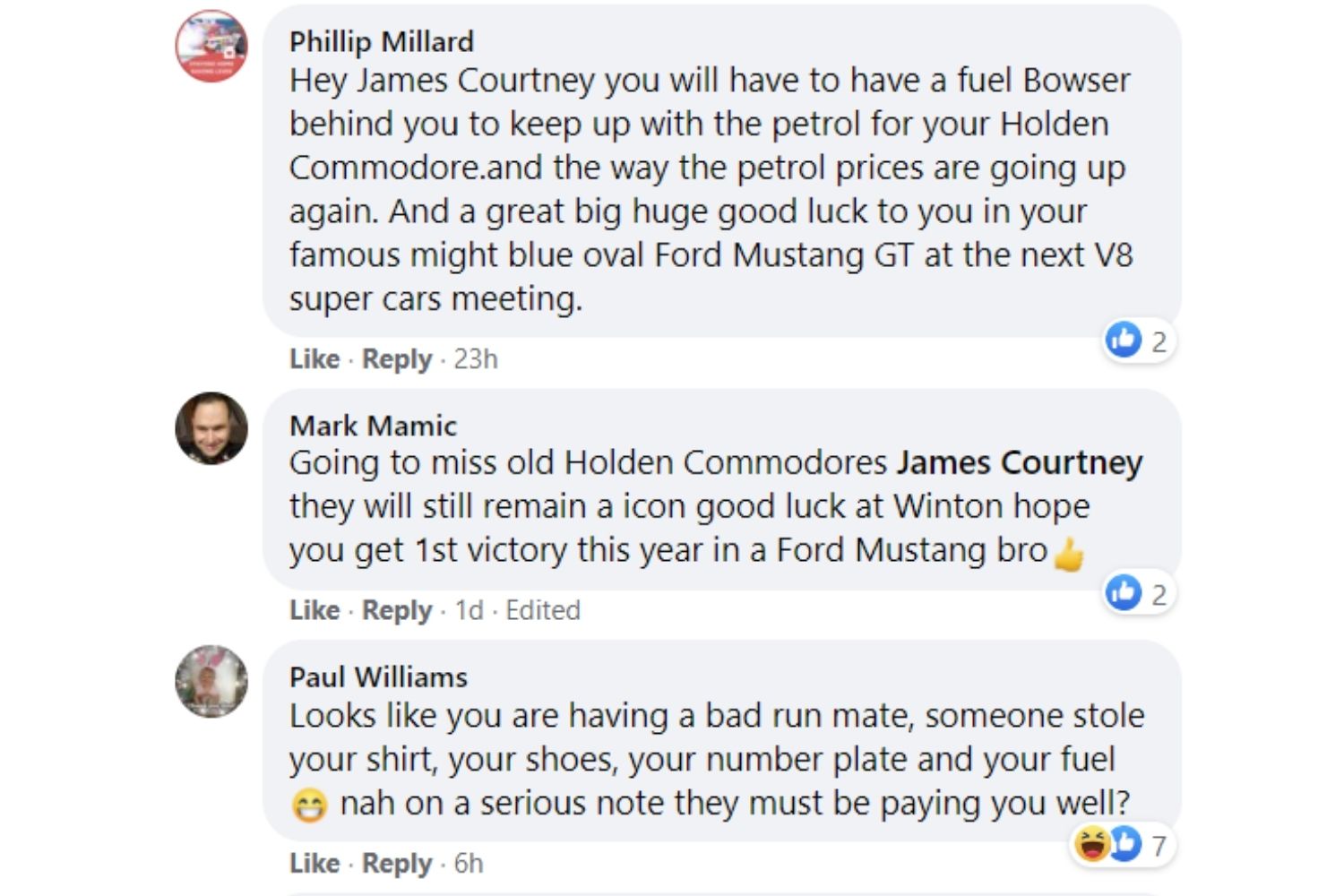 Courtney owns one of only 275 Holden GTSR W1’s ever built, boasting a 6.2 litre, supercharged LS9 V8 engine. It also has a 71-litre petrol tank capacity, which Courtney has discovered the hard way.