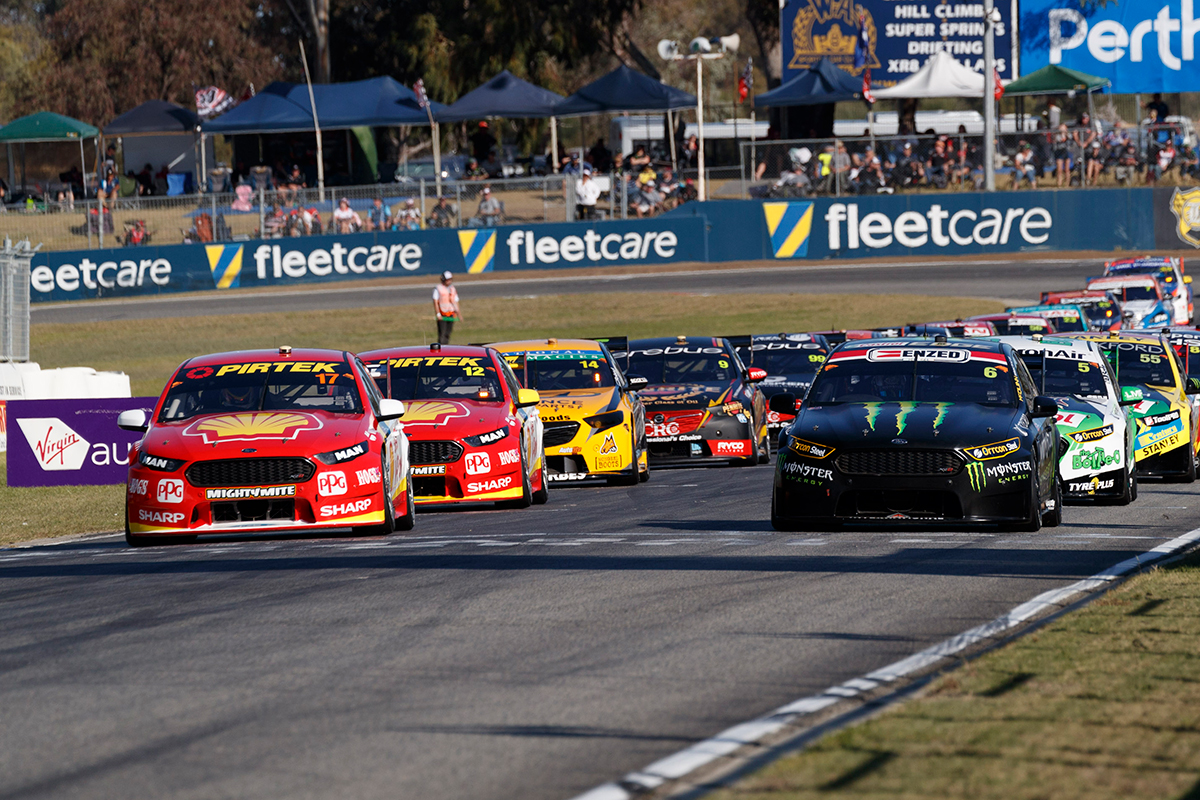 Supercars stars Scott McLaughlin, David Reynolds and Craig Lowndes would be open to a NASCAR-esque system whereby the polesitter picks which side of the grid they want.

At the vast majority of circuits on calendar, ARMOR ALL Pole Position is on the inside line, with varying levels of stagger between cars on the same row track-to-track, as defined in their circuit licences with CAMS.

Three outliers are visited early in the season; the Adelaide street circuit (a throwback to its Formula 1 days), Albert Park’s F1 layout and Symmons Plains, where the outside at the Turn 1 kink becomes the inside at Turn 2.

Pole at Barbagallo Raceway is on the inside of the short run to the first corner, McLaughlin starting on that side in the two races he won last weekend from pole and then 19th.

Noting he “got a decent start on both occasions”, McLaughlin said he was happy to go from the inside on the basis the circuit was swept beforehand.

The championship leader did, though, admit he was “nervous” during Sunday’s early-afternoon shower that could have rendered it a wet line for Race 12.

Sunday's polesitter Shane van Gisbergen was slow away in Race 12, getting what he called a "rubbish start" on that inside line.

Amid a conversation on the topic, Reynolds broached a system he experienced earlier in his career, in the Porsche Carrera Cup in New Zealand.

“When I raced in New Zealand, the polesitter got to choose whether they wanted left or right, that was a good system,” he said.

While NASCAR uses side-by-side rolling starts rather than standing, the leader at any start or restart gets to select either the inside or outside line.

On the remainder of the rows, the higher-placed of the two drivers takes the inside.

That, Shell V-Power Racing driver McLaughlin agreed, could be a worthwhile model.

“When you roll around you could choose which side you want to be. It could work in your favour, could not, but that's your choice.” 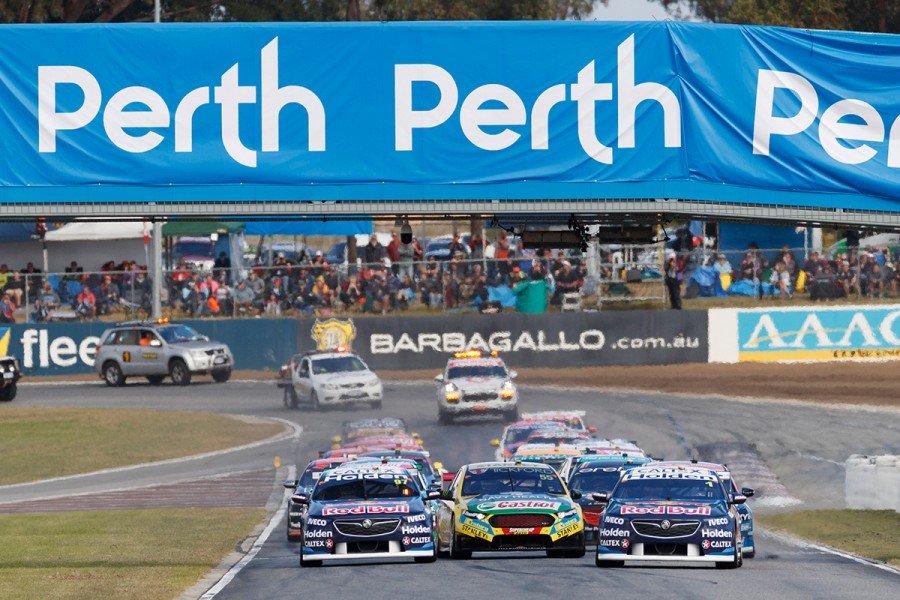 A 16-time race winner at Barbagallo Raceway dating back to 1996, Lowndes said he was relaxed about grid sides at the venue.

The veteran added that the polesitter setting picking their side of the row “could be a good option”.

“I’ve been here many years, I've been on both sides of the grid on the front row and to be honest I think I've got the equal best starts on both sides,” he said.

“I think definitely needs to be swept to give everyone an opportunity. Especially these soft tyres, for us, leave a lot of rubber on the track.

“I think if that's the case I'm all for backing [Reynolds and McLaughlin] - if the pole guy wants to choose, it could be a good option.”