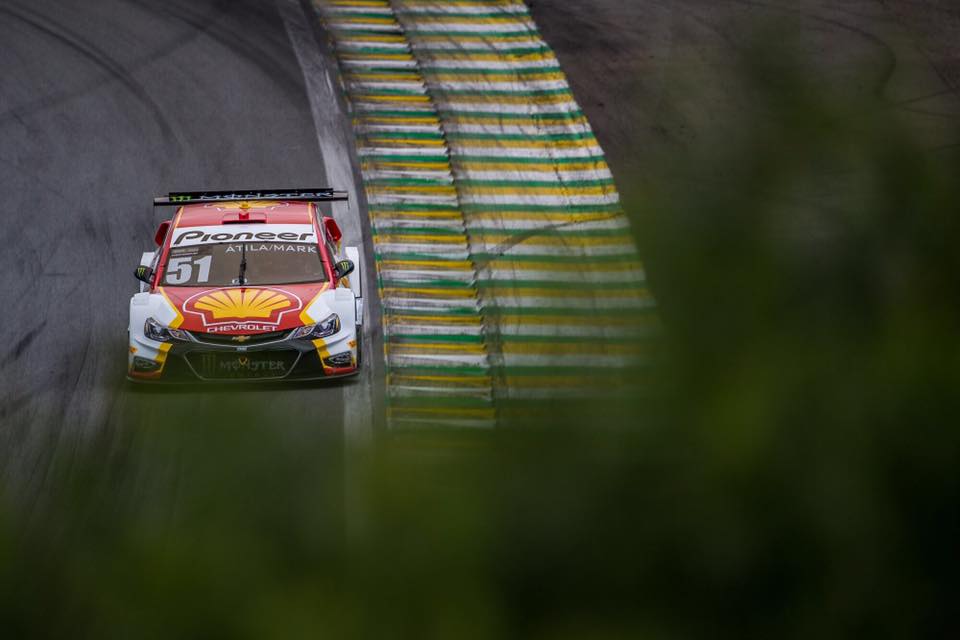 Winterbottom returned to the Stock Car Brasil Championship and Interlagos, for its annual, two-driver season opener.

The 2015 Supercars champion shared a Shell Chev with local Atila Abreu, the pair 11th, fourth and sixth in the three practice sessions. 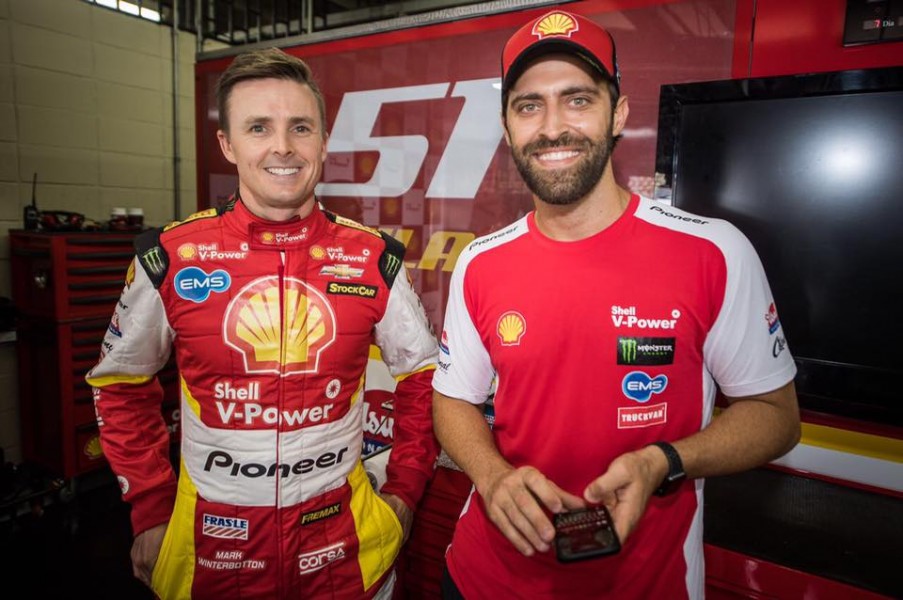 A fuel-pump problem in qualifying sentenced Winterbottom and Abreu to the back of the field, but they worked their way through to 12th, which became 11th due to a post-race penalty ahead.

“We went from Position 33 to Position 12 in a shortened race due to weather,” Winterbottom said.

“Happy with the result but disappointed we didn't make qualifying as I feel we could have won from a better starting position.

“All in all a fun weekend and learnt a lot.”

We went from Position 33 to Position 12 in a shortened race due to weather. This was the view at the start of the race it was never going to be easy. Happy with the result but disappointed we didn't make qualifying as I feel we could have won from a better starting position. All in all a fun weekend and learnt a lot. Can't wait to get back to Aussie!

The 23-year-old co-drove a Truck in the US event’s 50th edition, reaching the finish line 19th in class.

Well we finished @themint400 ! Unofficially we finished 19th out of 50 trucks in our class and it was such an amazing experience. Did 80 miles of driving and probably the craziest 80 miles I’ve ever done! Can’t thank @monsterenergy and @jimrileyracing enough for the opportunity. Big thanks to the team who put this together and chauffeured us around for the week. ?? #themint400

Closer to home, Heimgartner converted his points lead over team-mate and former Supercars regular Jason Bargwanna into a maiden title in the Hampton Downs finale.

Second to Bargwanna in the opener meant Toyota driver Heimgartner only had to finish in the top five in Sunday’s two races, which he managed with fourth in Race 2.

Bargwanna won that, too, but penalties for a pair of clashes sent him down the order, sealing the title for Heimgartner in his homeland.

Championship day here at Hampton Downs ??. Had a solid day yesterday with a 2nd in race 1. I just need a top 5 in both races today to take it out. Fingers crossed ??. #nz #hamptondowns #v8

“To say I am happy with that result is an understatement, we went out there and did what we had to do, and brought home the championship,” Nissan Motorsport Supercars driver Heimgartner said.

“Going into the final race of the weekend knowing that the title was secure was a relief, but with a fourth position we would have been okay either way which is good to know as well.

“The BNT V8s is a great championship to have under my belt, and I can’t wait to come back and do some more racing here in New Zealand next season.”

Over at Timaru, van Gisbergen continued his return to competitive drifting in the D1NZ National Drifting Championship.

Driving a V8-powered Nissan 370Z, the 2016 Supercars champion reached the top eight before being eliminated.

Got taken out in the Top 8 again by the bro @colearmstrongdrift at #D1NZ #Timaru , wavered a little into the hairpin on my lead run, did an cool chase run but wasn’t enough to over come it. Awesome love couple of days with the @mcasuspension guys! @hyperdrivenz

Reynolds qualified second, and took a victory and three second-place finishes before failing to finish the final.

The quartet will be back in action for the maiden Coates Hire Supercars Melbourne 400 at the Australian Grand Prix on March 22-25.