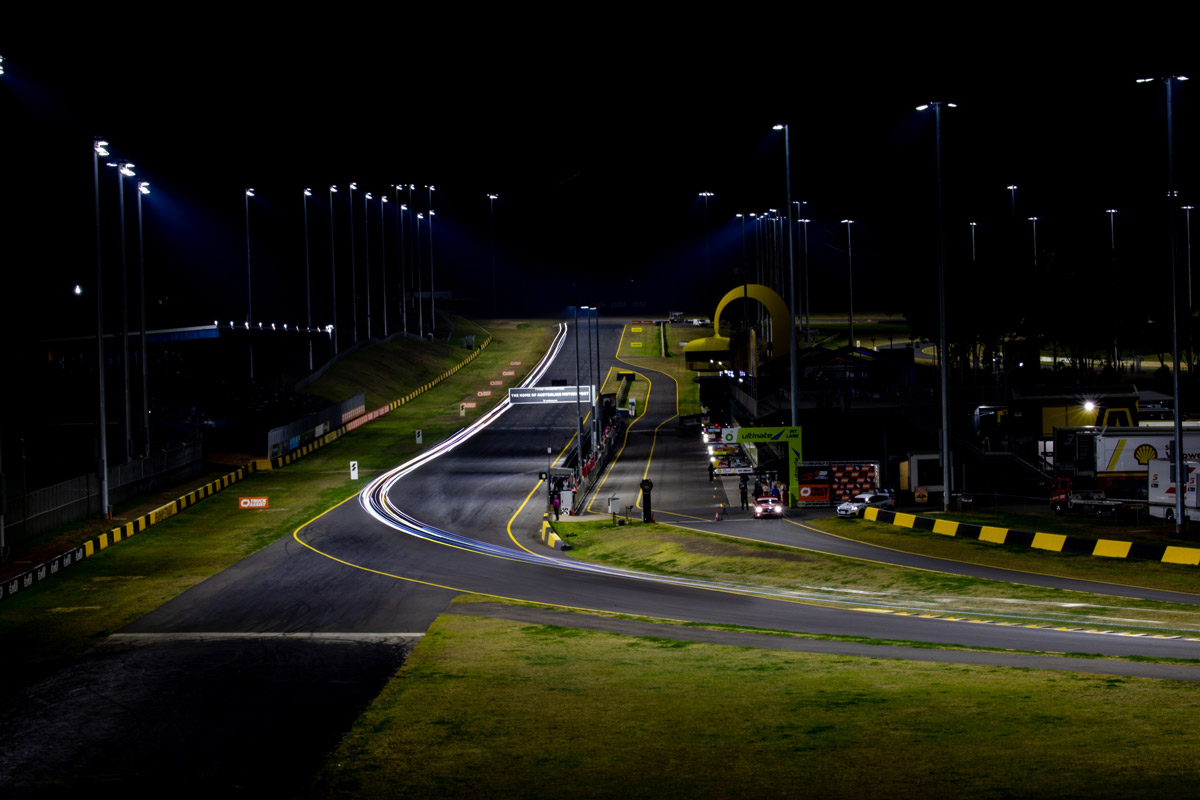 The stage is set for a dazzling night-time season finale after the successful debut of permanent lights at Sydney Motorsport Park last Saturday.

Having wholly used temporary lighting for the 2018 Sydney SuperNight, the second time around came with the addition of some permanent towers as part of a funding package from the NSW Government.

The result was spectacular, even if there are plenty more towers still to be installed ahead of Supercars’ scheduled return to the Eastern Creek track on December 12-13.

“Half the track is like daylight, so the new stadium lighting is amazing,” said Tickford Racing’s Lee Holdsworth.

“But then we go to the temporary lighting around the back and that is a heap better than last time – you don’t have the dark spots, there’s no real inconsistencies around the back but it is definitely a change from the stadium lighting as you can expect.

“But I think they have done a great job.”

“To be honest, once you get going, you hardly even remember it’s dark,” he said.

“There’s definitely a big step up in lighting from last time.

“The way they’ve done the lighting on the main straight and into [Turn] 1 with stadium lighting, that actually carries over onto the other side of the track anyway, so the lighting is heaps better than what it was.”

Series leader Scott McLaughlin won the 32-lap night race on Saturday from ARMOR ALL Pole, leading home Holdsworth by just over a second.

The next stop on the 2020 Virgin Australia Supercars Championship calendar is the BetEasy Darwin Triple Crown on August 8-9, which will be followed by the Darwin SuperSprint the very next weekend.