Drivers had 'nowhere to go' in chicane crash

Drivers had ‘nowhere to go’ in chicane crash

Drivers had 'nowhere to go' in chicane crash 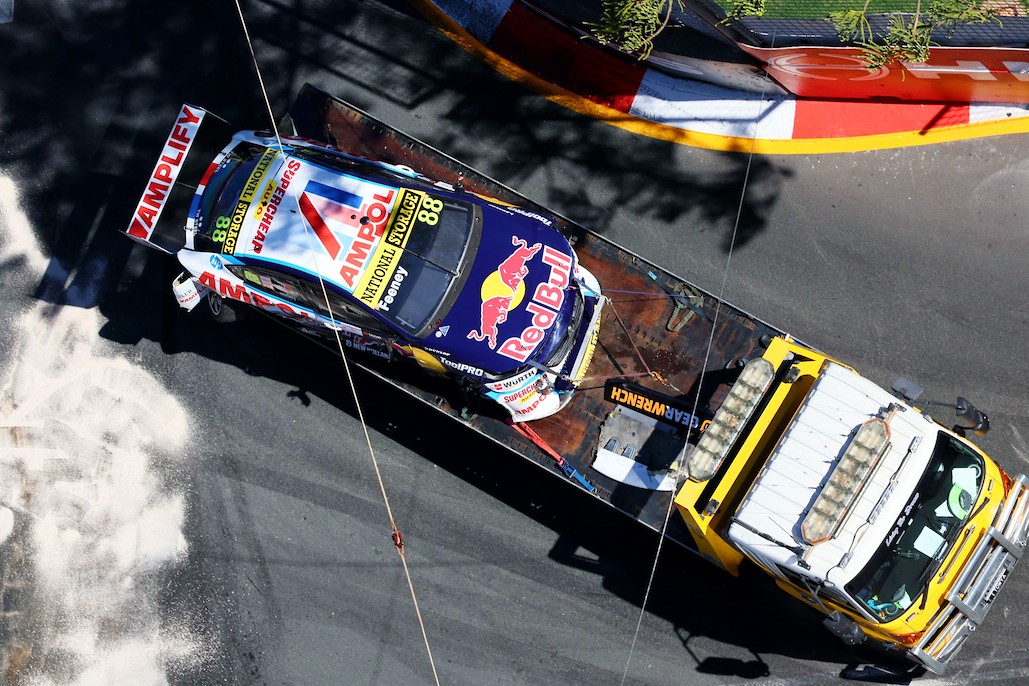 Six drivers were wiped out on the spot in an “unfortunate” lap 4 accident at the Gold Coast beach chicane.

Race 32 at the Boost Mobile Gold Coast 500 was suspended after a high-speed pile-up.

James Golding lost control after hitting a tyre bundle at the chicane.

Golding was sent spinning in front of the field, with several drivers picking up major damage.

Golding quickly alighted from his car and, with other drivers, helped marshals extinguish a fire in Jones’ engine bay.

The crash triggered the sixth red flag in a race this season after stoppages in Tasmania, Perth, Darwin, Tailem Bend and Pukekohe.

“Got too high on the kerb, and when I got out of it, it was too late to recover.

“Really disappointed and sorry for all the other drivers and teams involved.

“Disappointed, but we've got to move on."

Percat hit Golding, with Jones hitting the rear of the #2 Mobil 1 NTI Commodore.

Percat, who was unsighted, managed to avoid greater impact into Golding.

“I couldn’t see a whole lot, you’re up on two wheels on the chicane,” Percat said.

“When I landed, I got a fright because I didn’t want to hit [Golding’s] driver door.

“I did my best to get right and hit him in the front wheel.

“It’s a shame, so many cars out. I think in this day and age, we’re a bit over tyre bundles.

“Obviously he lost the car but he shouldn’t be pay the price like that.”

Jones said: "It was a big impact, and the fire extinguisher going off isn't a good sign.

"It was a pretty big train actually, and they all started slowing down... I saw brake lights, that's all I could see.

"I saw the back of Nick, and he grabbed on the brake in the chicane, and I pretty much did the same.

"We were both left with nowhere to go, Golding was sitting there and Nick hit him, and I hit Nick up the arse."

To the left, Feeney checked up behind Will Brown and was hit by Courtney.

Holdsworth then hit Courtney, and pulled up just metres down the road near Feeney.

“As we came through [Turns] 9 and 10, I saw Will [Brown] in front of me checking up,” said Feeney, who recorded his first DNF of the year.

“I thought I was okay, I just got to the bumper of Will, and I got smashed from behind.

“I spun into Golding and then into the fence. Every angle of the car got hit.

“It’s unfortunate, first DNF in Supercars. Just a passenger there.”

Holdsworth added: “There were cars going left, right, every which way.

“I thought I was clear, I dodged a few cars on the exit there of the back chicane.

“Courtney all of a sudden came to a stop and went up on two wheels and I ploughed underneath him. 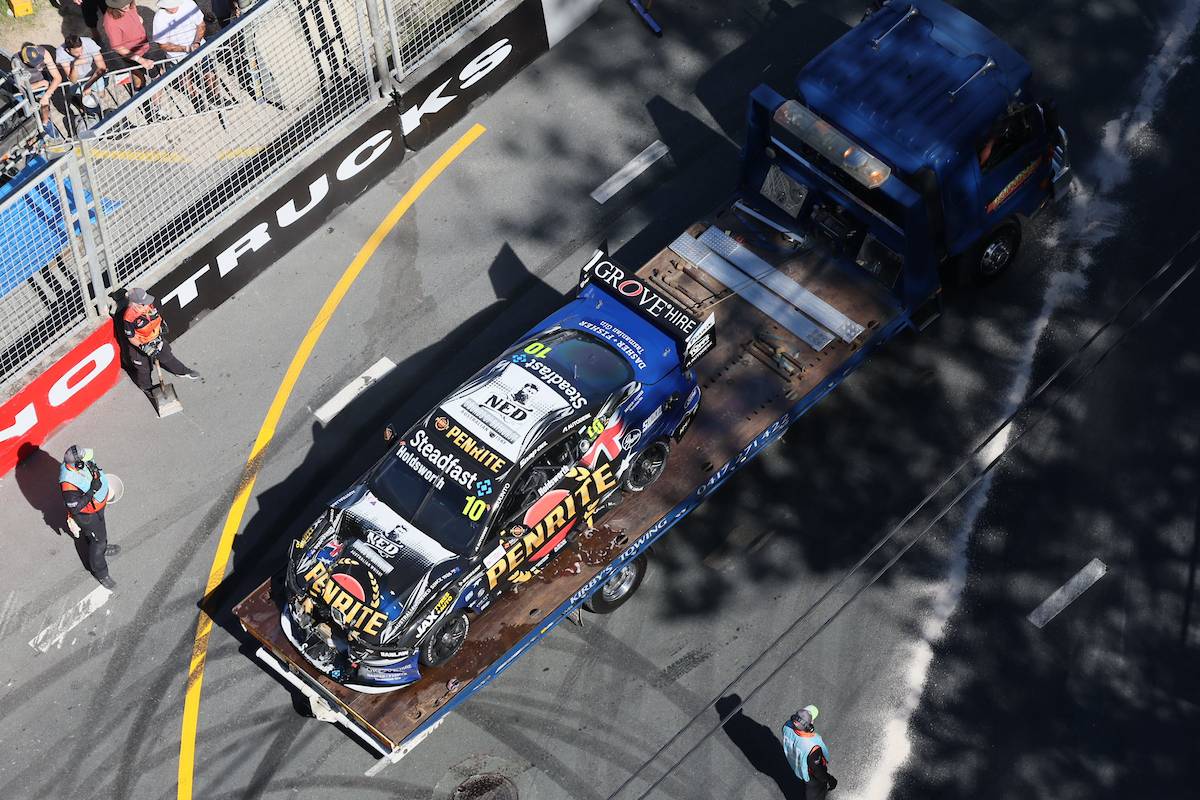 “Bit of a shame, unfortunately that’s the way it is with these tyre bundles around here.”

Randle and Courtney later returned to the race, albeit laps down, with the former directly behind Golding.

"We got away with it more than others," Randle said.

"That was absolute chaos... for me, it started two laps before when I was getting drilled by Anton.

"I lost three spots, which put me back behind Jimmy [Golding].

"He's had a moment at the last right-hander on the chicane, lost the rear and then he's bailed late and cleaned up the tyre bundle.

"The bundle ended up on the track, drilled that, destroyed the front splitter.

"I'm glad everyone else is okay because it ended up being a big impact."

The crucial upside to Mostert podium