Supercar drivers James Courtney, Chaz Mostert and Steve Owen took on Dreamworld’s fastest ride, ‘The Tower of Terror’ this morning before meeting one of the park’s tiger cubs and mingling with fans at a special Castrol Gold Coast 600 breakfast.

The ‘Dreamworld 600’ breakfast was a part of the official Gold Coast 600 Superfest program, bringing fans and drivers together amongst the world’s largest collection of Peter Brock racing cars in Brock’s Garage at Dreamworld’s Motorsports Experience.

The Tower of Terror is Dreamworld’s fastest ride reaching 161km per hour in just seven seconds.

“I spend a bit of time here at Dreamworld, I have two young ones!” James Courtney said.

“Pretty excited going into the 600, had a great time here last year and got the first win with Jack which was amazing.

“To stand up on the podium for him and get his first win after the racing career he has had and his father … Jack finally being able to step out from his dad’s shadow was a great experience.

“Our cars are always pretty quick at street circuits … so history points toward having a good weekend here.”

Mostert missed last year’s races on the Gold Coast after his Bathurst accident, but turned up to the track to support his team.

This year he’s hoping to deliver them a strong result, and started his week off with a trip down memory lane this morning.

“We had a great day here at Dreamworld, the special part for me was seeing Brocky’s cars, it’s always good to see the heritage there,” he said.

“We were very lucky, we got to go hang out with a koala, he was pretty chilled out – also got to go on the Tower of Terror and get the heart pumping around here and get us ready for the weekend.

“We also got to hang out with a tiger – I was a bit nervous but Steve Owen was in his element.” 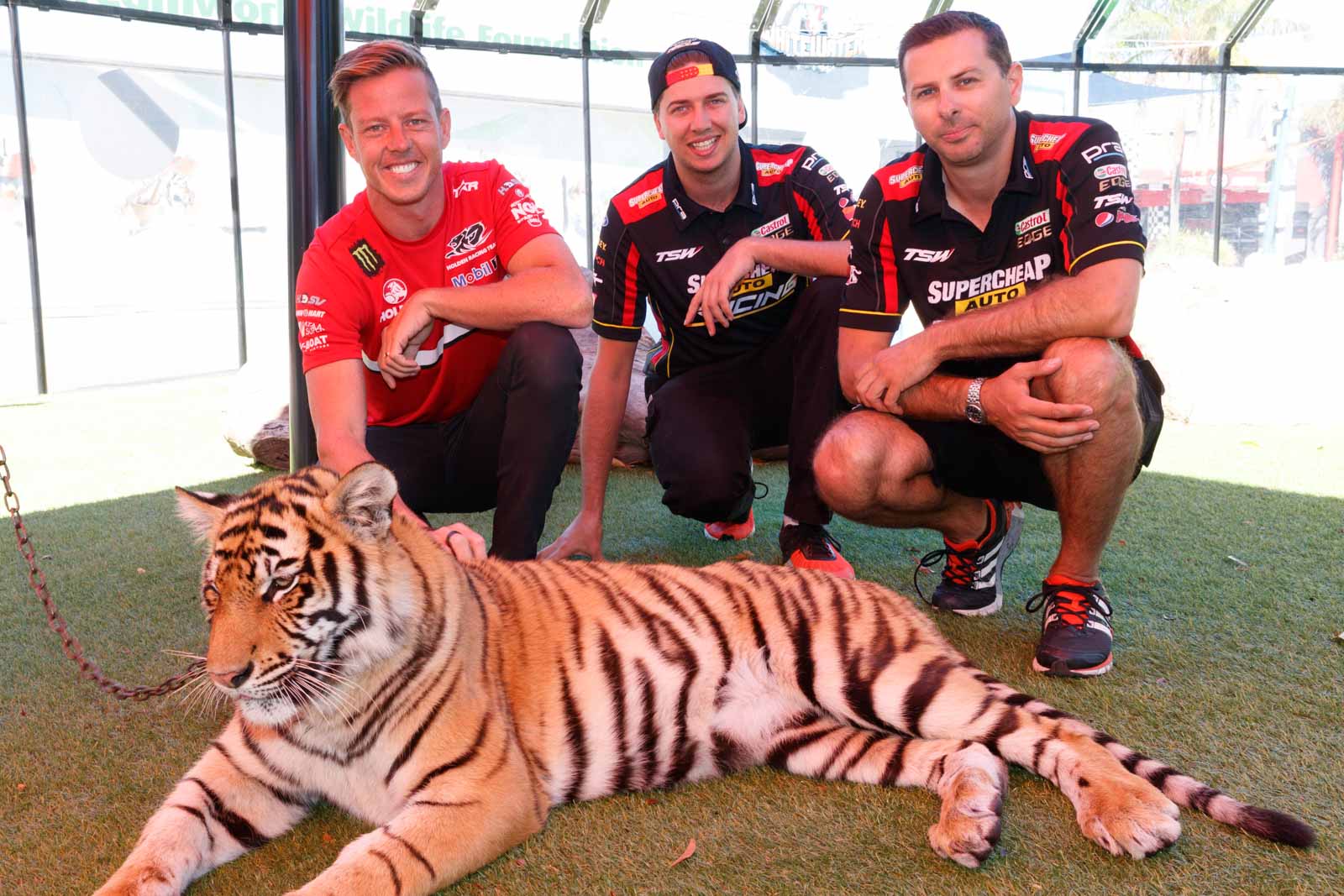 Holdsworth and Schwerkolt showed off the unique ‘Swim Between the Flags’ signage that will adorn the #18 racer this weekend, before taking a scenic flight with Surf Life Saving Chief Pilot Paul Gibson in the Westpac Rescue Helicopter.

“It’s been a tough year with the crash at Darwin, the injuries and then Winton we did a driveshaft and then the big one, Bathurst, on the grid we lost an engine. I think that bad luck has all gone now and we can move on … we just want to be in the ten and keep going.” 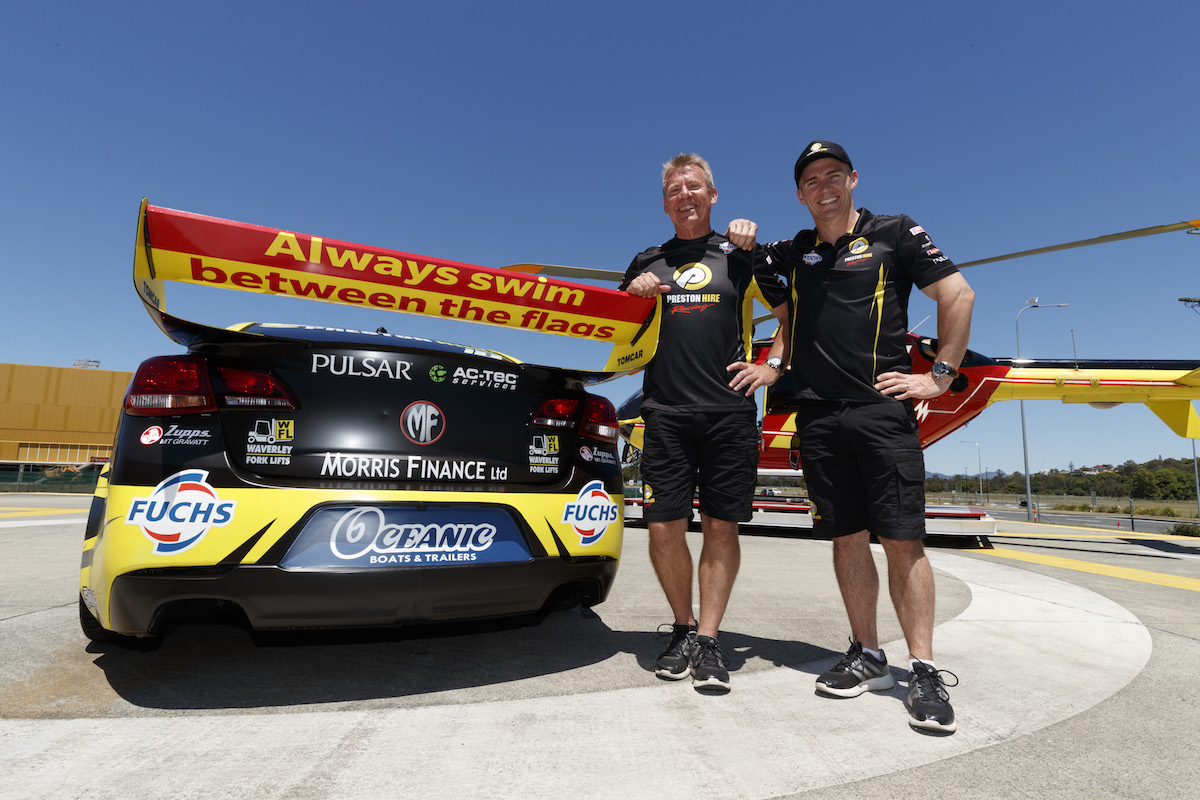 Holdsworth is back to full health after his disastrous injuries in Darwin and is hoping to go out on a high with co-driver Karl Reindler, who stood in for him at Sydney Motorsport Park.

“I wouldn’t have wanted this one to be the first one back, put it that way!” he said, given the aggressive nature and rough kerbs at the street track.

“I’ve had no issues at all, even with Sandown kerbs, no issues. I’m feeling good about this round, I’m feeling fit, I just can’t wait to get into it.

“It’s such a challenging tight little circuit, the kerbs are insane it’s a concrete jungle, you have to be millimetre-perfect and use every millimetre of the track, so that’s what I love about this place. It’s very rewarding when you get it right.”

The Castrol Gold Coast 600 starts this Friday October 21, and will include concerts on Friday and Saturday featuring some of Australia’s leading music acts.

Free public transport is available on select services to and from the event with a pre-purchased event ticket. Click here for ticketing details.