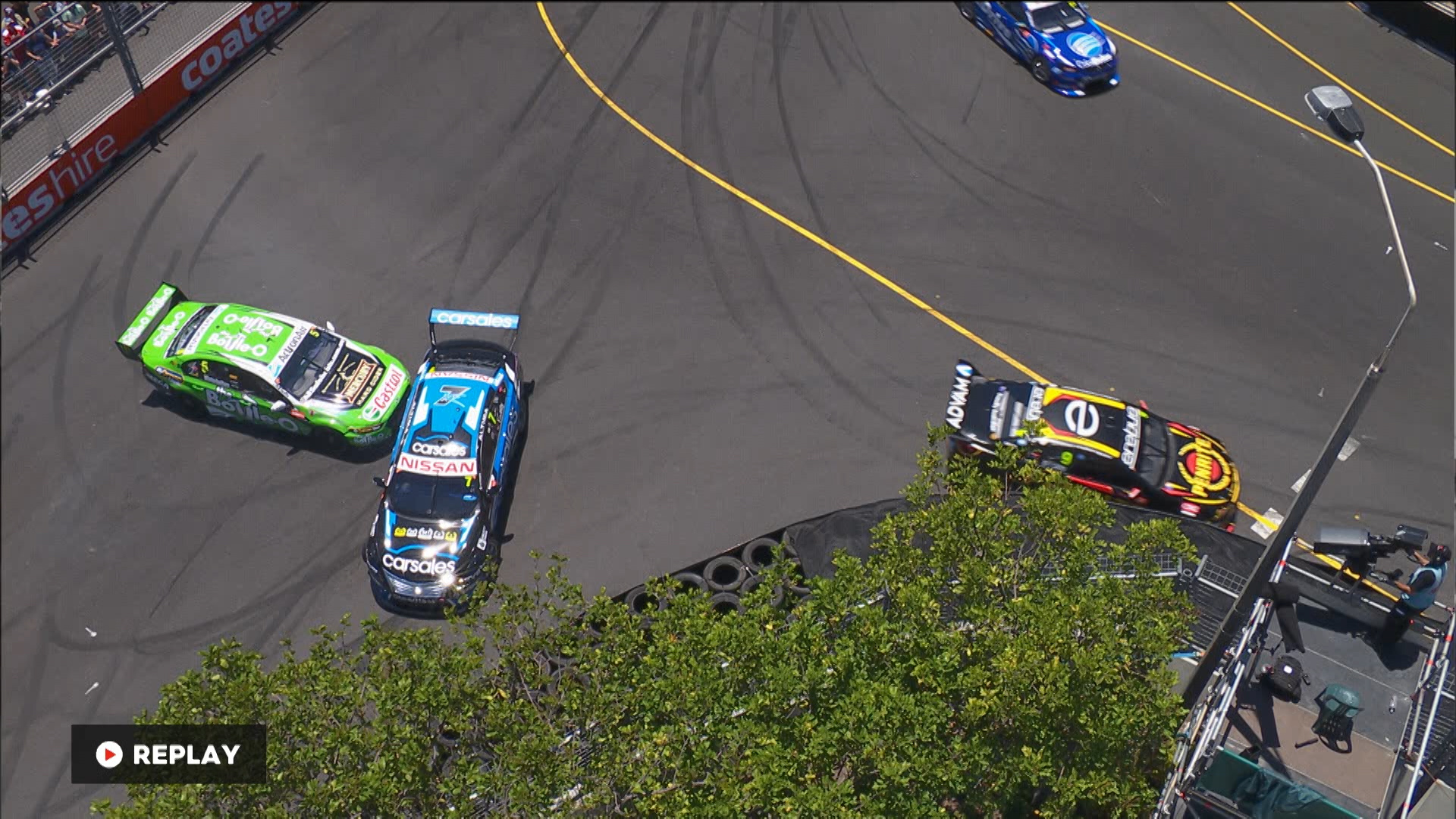 Four drivers have been fined for failing to slow sufficiently under yellow-flag conditions during Friday practice for the Coates Hire Newcastle 500.

Kelly made light contact with Mark Winterbottom in the Turn 1 run-off area during Practice 1, after Winterbottom had overshot the corner and was working his way back on track.

Running behind Kelly on the road, Reynolds also went too deep into the corner, but gathered it up without making contact with either of his rivals.

Moffat and Caruso went on at Turn 1 when Shane van Gisbergen was down the escape road in the second session.

All four drivers admitted to failing to “reduce speed in response to a single waved yellow flag”.

Mobil 1 HSV Racing’s James Courtney was also fined by stewards, docked $350 for being recorded at 45km/h in pitlane during Practice 2.