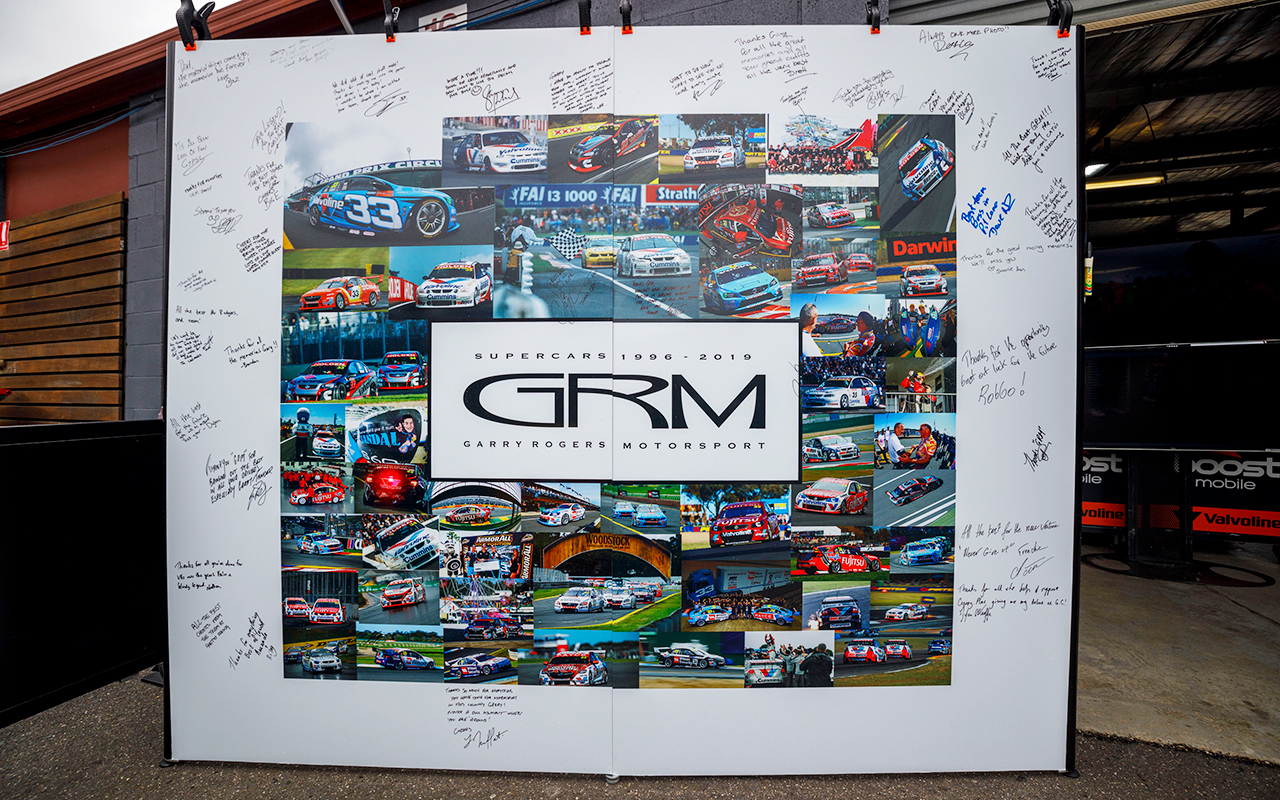 Drivers and fans at the Penrite Sandown 500 have signed a farewell keepsake to celebrate Garry Rogers’ 24 years in Supercars.

Garry Rogers Motorsport staff, including director Barry Rogers, put together a collage of photos of their various cars and drivers from their history as a gift to the team owner as his squad prepares to exit the category at the end of the season.

Fans are also welcome to sign the photo wall, which is situated at the back of the GRM garage at the Sandown circuit.

Wrote McLaughlin: “We did a lot of cool stuff mate! Thanks for making me into the person and driver I am today! I wouldn’t be where I am without your team, thank you!”

Holdsworth added: “I have so much to thank you for, I wouldn’t know where to start! You’ve been a huge part in my career and I wouldn’t be anywhere in this sport without you. Thank you for being an absolute legend and friend.” 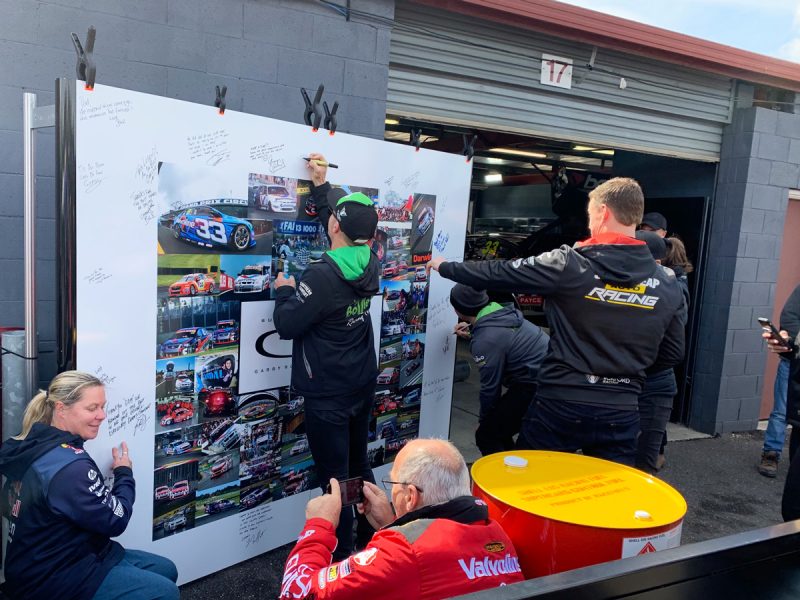 “I always wanted to do this for Garry really,” Barry Rogers told Supercars.com.

“I mean all these guys that have driven for him over the years, it’s just nice as something for him to look back on down the track.”

“I was just thinking the other day, we’ve got a bit of a history of photos there on the hard drive at work… we just wanted to get one of each of the models that we’d raced in Supercars over the years.

“The young guys that Garry has brought through, they’re all good guys and they really appreciate the opportunity that Garry has given them in racing.

“And probably from our end, the part that is hard for us these days is we’re used to funding a young guy to come in and bring through and watch guys like Lee develop down the track.

“It has gotten to the stage now where you’re really limited on drivers… you need the driver with a sponsor and that isn’t always the driver that you want.”

Nonetheless, Rogers said the team will make the most of the ongoing Sandown round and then the Newcastle finale in a fortnight.

“It’s been a difficult year, there’s absolutely no doubt about that, but there’s two events to go and it really would be particularly good for Garry,” he said.

“Garry is never about himself, it’s all about the team, but all of the team would love to be able to give Garry something to grasp from the last couple of rounds, so we’ll be doing our best.”

Those will mark the positions from which their primary drivers James Golding and Richie Stanaway, respectively, will start the 20-lap sprint race from 5:20pm.