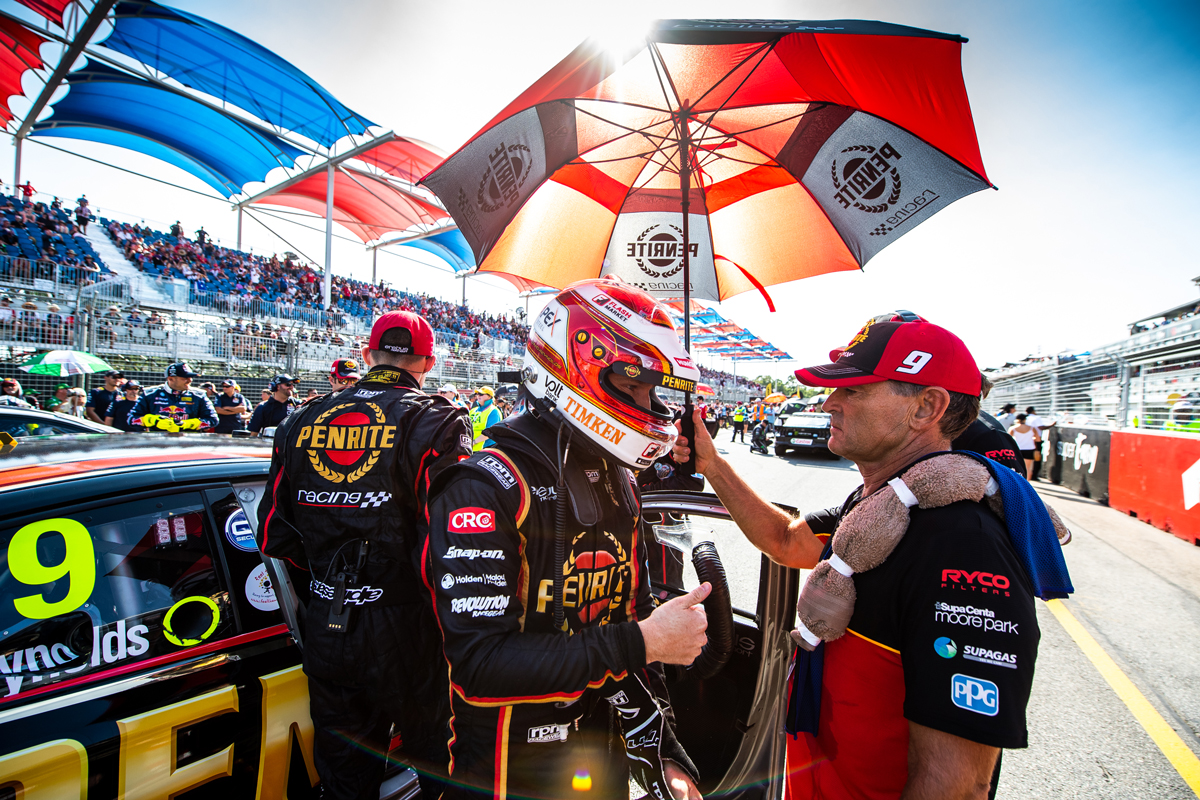 Supercars drivers have been excused from traditional pre-race activities for today's Superloop Adelaide 500, on the account of ongoing hot weather.

The 2019 season opener has been run in scorching late-summer conditions, with a 'brutal' forecast coming to fruition.

Adelaide data issued by the Bureau of Meteorology documented top temperatures of 38.6C on Thursday, 42.2C on Friday and 41.1C on Saturday.

That invoked additional driver-cooling requirements each day as part of Supercars' heat policy that kicks in for predicted temperatures above 32.9C.

Sunday's forecast lists a cooler top temperature of 33C, but additional measures have been taken to help drivers recover between 250km races around the street circuit.

The regular drivers' parade that was scheduled before ARMOR ALL Qualifying was cancelled, while drivers have also been excused from the national anthem ceremony on the grid.

It adds to a raft of measures taken to help keep drivers as cool as possible in their cars, headlined by the requirement of a working cooling system.

Race officials track a range of temperatures in cars, and observed that Cameron Waters' coolsuit in his Tickford Racing Mustang was not working in the early stages of the 78-lap race.

Tickford was reminded of the heat policy and Waters was called in from fourth place to have a new coolbox installed.

A host of drivers battled hot temperatures in the footwells of their cars, including Waters and Shane van Gisbergen taking to using their left foot on the throttle to rest their right.

02/03/2019
Stay In The Know
Sign up to the Virgin Australia Supercars Championship Newsletter
We use cookies to ensure that we give you the best experience on our website. If you continue to use this site we will assume that you are happy with it.Ok